What you must know about potholes to protect your car

Remember to check for cracks and fractures on your tires, problems of the suspension system and damages on the bodywork after you drive through a pothole. Click to know why?

One of the most annoying and painful problems on the roads in Nigeria are potholes. You can encounter more than two dozens of them on your daily route and it is near impossible to avoid all of them. In the end, you still have to go through them and this could badly damage your car. That's why Naijauto brings here some facts about potholes and how they affect your car so you can take measures to reduce the damage.

1. How do potholes form?

Potholes are deep dents on the road and often occur when the underground dirt is weakened or displaced. Potholes occur mostly in winter or spring months when the water streams underneath the road are frozen and then defrosted, leaving hollow chambers in the dirt and weaken the mass above. When large vehicles travel on that weakened area for too long, its surface will deform and crack. Some small debris then detach, leaving holes behind.

At first, the hole is still small but it will get bigger as daily traffic is nonstop, to a point where it can be significantly wider and can do serious harm to the vehicles and the people around. 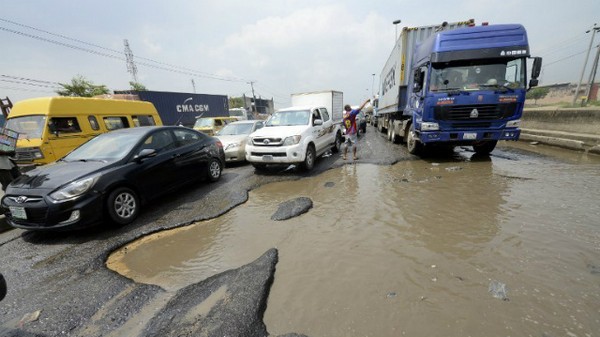 Frequently encountering these troublemakers may drive you crazy

Potholes are known as one of the major reasons for damaged cars. In estimation, American motorists have to pay nearly 3 billion dollars in total, or 300 dollars on average per year to repair damages caused by potholes, making the problems related to potholes hot every single year.

This amount may be even higher for Nigerian drivers as potholes seem to be a specialty on Nigerian roads.

2. What to check in car when you go through a pothole

Tires are the only components of the car that come in direct contact with the road, so it is no surprise that they are most vulnerable when faced with potholes. It can cause issues like bloated tires, tire tore or flatten tires. This can happen very frequently because potholes often have sharp edges and/or boundaries. When in contact, the tires, especially pumped ones are easily damaged. The potholes will wear off the tires and/or break the tire belts.

Driving a car with flatten tires are not safe but you can pull over to fix it. Meanwhile, tires with bloated or tore boundaries should be replaced immediately. According to car care and maintenance experts, low pressure tires are more prone to damage when they hit the potholes because in those cases, the rims could actually touch the surface of the road because the tires could not withstand the pressure which was supposed to be absorbed by the tires.

So, next time you get out into the road, make sure your tires are always properly pumped to prevent these problems. 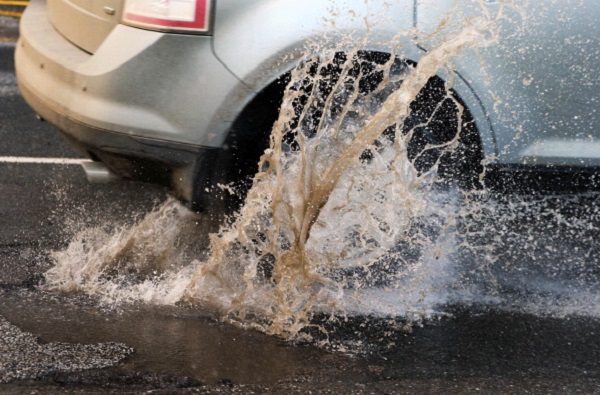 Clearly your car tires suffer the most from potholes

>>> In case you don't know: Steps to do 3 types of car parking (Angle, Parallel & Perpendicular)

The edges and boundaries of potholes will affect part of the rim (if the tires were not properly pumped up), leading to warping, crumbling or even cracking. After the incident, you'd hardly find the smooth experience while driving your car again. The fractures are often visible and easy to identify while small cracks are harder to detect.

Needless to say, always keep your tires clean and be checked frequently so any fractures could be fixed from the beginning. The solution to tire warping is pretty easy and straightforward. However, with fractured or broken tires, they need to be ditched and replaced as soon as possible, for your own safety.

The suspension system is designed to absorb shock and make sure that your car runs smoothly. Having said that, it has its own limit, abrupt collisions with potholes could cause many problems with the suspension problems, such as eccentric or even broken couplings with very severe collisions. With the eccentric issue, it can be fixed quite easily. 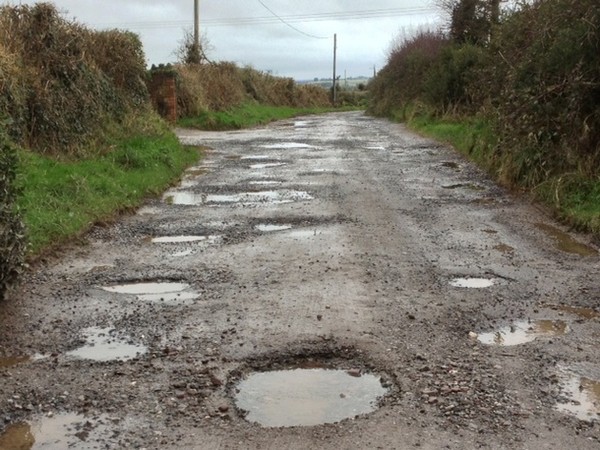 Potholes can sometimes cost you a new pair of rims, or even 4!

However, before getting your car fixed, you can see that the driving wheel is a bit deflected, your car is inclined to one direction, loose joints or disproportionate tires. Unusual shaking, vibration and weird sounds, uncontrollable driving wheel or an inclination toward a certain direction are signs that say joints and struts are worn out or broken and need to be replaced immediately con completely. It is notable that the errors in the suspension system are hard to detect and can go unnoticed.

In that sense, it is advisable to get a trained and experienced mechanic to examine your car system if you see any of those signs above.

Because the exhaust pipes are placed along the chassis, so they are the perfect targets for potholes on the road. Deep potholes can sometimes break the chassis frame, causing rifts or even holes in the pipe system, the shock absorbers or the catalytic converter. The electrical system in your car could be damaged or your car could produce annoying and resounding sounds when there is a hole in the pipe system.

What's more, the holes in your pipes meaning that the exhaust will not be filtered and thus pollute the environment, worsen the health of other people around you, or even yourself if there's a leak that direct the exhaust fume into the cabin. 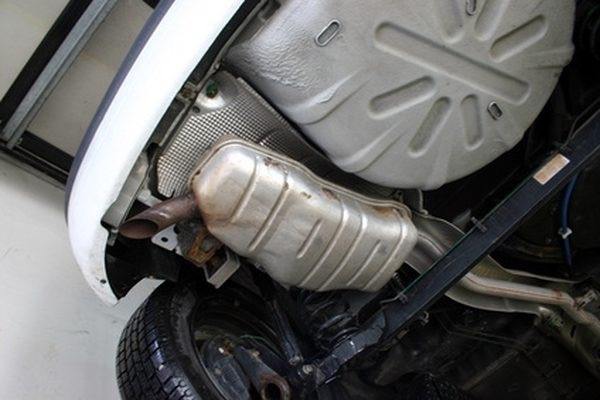 Pay attention to weird sounds and visible holes in the pipes

Generally speaking, a car with a low floor is easier to handle but also more vulnerable to potholes. Aside from all the problems mentioned above, the potholes could fracture the bumper or the sides of your car. Even though this kind of damage is minor and doesn't affect the overall safety or the performance of your car, but it is still something that drivers care about because it affects the aesthetic of the vehicle since most sports cars are designed with a low floor to travel at high speed. So next time if you want to drive a sports car, make sure to be extra cautious to those annoying potholes and maybe take a small detour so that your baby would be kept safe.

A good news is that the majority of potholes on the road right now are not big or deep enough to cause significant damage to your vehicle. With tires that have standard pressure parameter, drivers could just go over the potholes. However, because the occurrence of potholes depends on the seasons so make sure to pay attention to those annoying holes. Otherwise, they might cost you big bucks to repair and replace. Recently, a Ford brand just releases news about a new technology that helps alert the owner through virtual potholes map and from there, suggest another direction if possible.

safe driving tips
Keyword must be between 2 and 100 characters