The Volkswagen Golf was born to be a small car for families made by the German carmaker Volkswagen since 1974. Until now, the car has gone through 7 generations with a large number of variants, body styles and nameplates. In Nigeria, the Volkswagen Golf is named as one of the best-selling cars on the market with a great reliability and reputation. Especially, with the birth of the third generation, the car has received a special favor of car enthusiasts. This time, we at Naijauto.com pick the Golf Fourth Generation (Mk4) to inspect as the case study, and bring you Volkswagen Golf 4 2003 review. Let's check it out!

Volkswagen Golf 4 2003 model comes available with 4 variants including the GTI, Match, Anniversary and Final Edition. Options for the car engine are the 1.8 L, 1.8 L turbo and the 2.0 L.

​The Golf 4 comes with a larger and more elegant design than its predecessor which already had a big body, boasting one of the hardest chassis in its class and unmatched quality of building. 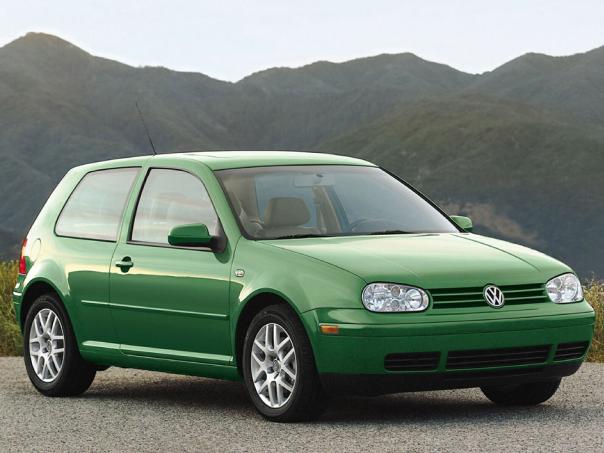 The 1.8 L model comes with 125 horsepower under the bonnet while adding a turbocharger can boost the power to 150 horsepower. In May 1998, side airbags were added, and in May 1999, the lineup was re-equipped with the 2.0 L model adopted as the base model.

In summer 2002, the car manufacturer decided to premiere the Volkswagen Golf GTi Anniversary to celebrate 25 years of the GTi’s production. With this model, the GTi is powered by a 180 bhp engine, making the GTi become an admirable sport hatch.

The Volkswagen Golf 4 2003 boasts an evolutionary style which is a big difference from other on-market models. Unlike other carmakers who try to limit their cars’ budget, Volkswagen seems to be a generous one as it invested millions of Deutschmarks to make the most quality floorpan in the world of compact cars.

No Golf GTi engine can be described as an exact “state-of-the-art”. The 1.8 L is the best in the range. In comparison, some French contenders can sometimes bring more fun while driving but they do not feel safe or secure like the Golf does. 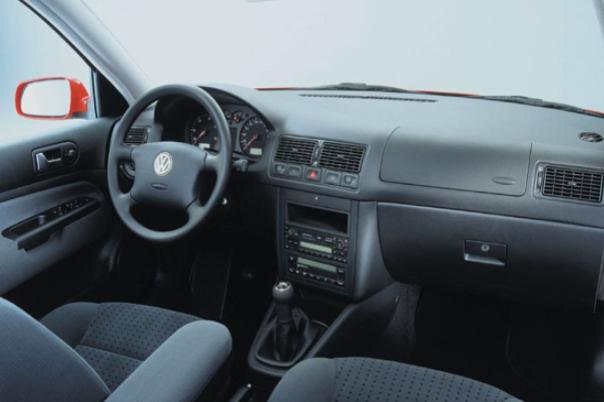 All Volkswagen Golf 4 2003 models come equipped with side airbags, rear seats combining with the intelligent Isofix system to attach a children's seat, a reach-adjustable and height steering column, ABS and twin front airbags. Small touches but make you impressed the most. 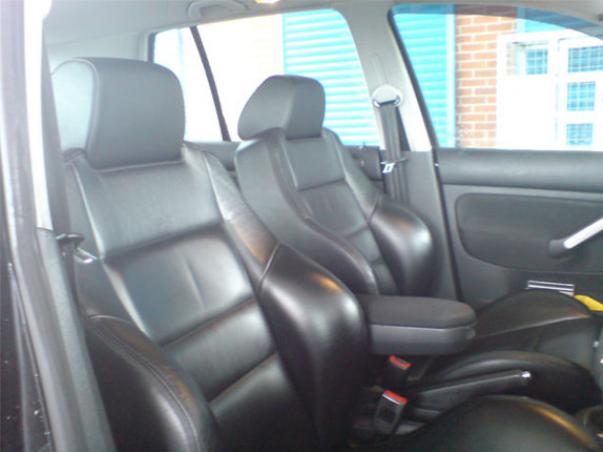 Rear seats of the Volkswagen Golf 4 2003

The car also has cup holders in the rear and the front, the chrome tie-down in the cargo area, the self-dimming interior lights, the special cover on the boot locking pin and the gas struts to keep the bonnet, all of which make its rivals feel cheap. It's also a car that will satisfy those who have an eye for the completness and attention to detail, if not those who remember what the original Golf   GTI was made for.

The Volkswagen Golf 4 is an astonishing 48% heavier than the Golf 1. This also means that the later generation requires much more power match the previous models. Although having 20 valves, turbo engines and modern electronic management, the Mk4 GTi 1.8 Turbo fail to match even the modest 1.6 GTi in terms of power/weight ratio. 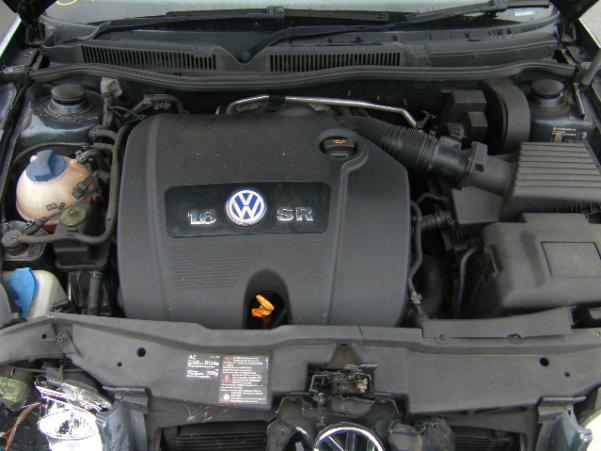 Even though, the 1.8 L GTi still received a good evaluation for its performance as it displays a syrupy, pleasant and mild drive with none of the verve of previous models. 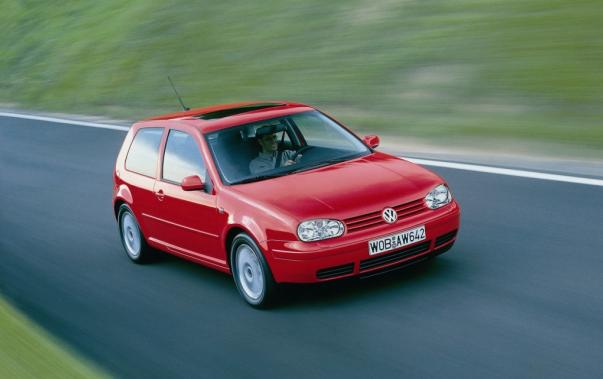 The 1.8 L GTi still received a good evaluation for its performance as it displays a syrupy, pleasant and mild drive with none of the verve of previous models

5. Volkswagen Golf 4 2003 problems: What to check when buying a secondhand one

Although the Golf is known as a car with a great reliability and reputation, there are some of its parts that need to be inspected carefully when buying a secondhand one. Check out the Volkswagen Golf 4 2003 problems as follows:

Please consult the table below for the fair market price of the Volkswagen Golf of all generations in Nigeria:

This car has received a number of prestigious awards since its launch, which also means the car is a worthy choice for car lovers. With a number of standard and state-of-the-art features and a good performance, the Volkswagen Golf 4 2003 promises to be a perfect partner for your trips. At the end, hope that our Volkswagen Golf 4 2003 review will be helpful for you and inspire you to drive home a Golf.

>>> Reviews and prices in Nigeria of Volkswagen products: