The Toyota Sienna 2002 is the fifth model year of the Sienna lineup. For Nigerian, Toyota Sienna is a top choice for those who are seeking an SUV for sale in Nigeria as it offers an outstanding ride, a powerful and pliant V6 engine, and a smooth automatic transmission. It provides generous and comfortable seating from all the positions, with decent space for families with more than one children, and those little passengers won’t need a ladder to climb in as the step is much lower than those in other SUVs. Yes, it is a minivan, but it has an SUV look from the rear. The Toyota Sienna also delivers all the Toyota cars’ hallmarks such as quality, reliability, and durability. Read on our review of the Toyota Sienna 2002 model for more detail. 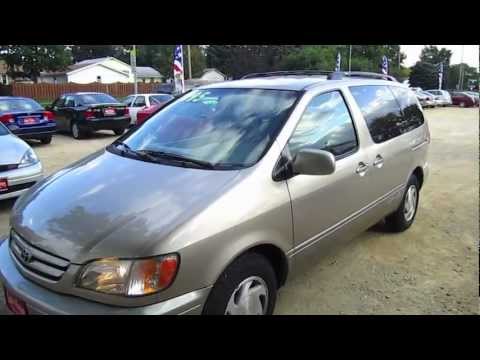 The Toyota Sienna 2002 model includes the CE, the LE, and the XLE, all of which use Toyota’s V6 engine, a 4-speed gearbox and an FWD drive. All three models share the same length and dual sliding rear doors. Powered rear doors come as an option.

Among the three models, the CE is the base trim so power windows, cruise control, mirror and locks are optional. The mid-range LE is blessed with all the popular features. Standard on the LE is powered windows, mirrors and locks, dual-temperature air conditioning with separate rear seat control, privacy glass and better quality cloth. It is compatible with most available options such as six-speaker audio system, captain’s chairs and powered sliding door.

>>> You may also like: New listings of Toyota cars for sale

Boasting a conventional, clean look, the Toyota Sienna 2002 is a classic minivan with a hint of sporty styling. From the front, it is unmistakably a minivan with the iconic long, slanted nose. But there are square lines here and there, especially from the profile, which are reminiscent of a bold SUV. Another obvious SUV trait embodying in the Toyota Sienna 2002 exterior is the even distribution of glass and metal, which is uncommon on most minivans.

There are square lines here and there, especially from the profile, which are reminiscent of a bold SUV

It has even distribution of glass and metal, which is uncommon on most minivans

The Toyota Sienna 2002 is built on a lengthen Toyota Camry platform, resulting in its nice performance on the road. It also significantly cuts down on the designing and building costs which benefit both customers and the car maker. This is one of the reasons attributed to the Toyota Sienna being affordable to a large part of Nigerian buyers.

Despite its humble length, the Toyota Sienna 2002 interior is quite spacious. Standard on the Sienna are three rows of seating which is accommodating for large families, and the cargo bay measures a generous 18 inches deep from the seatback to the hatch opening. The seats can also be folded down to release more cargo space when the need arises.

All the seats can even be completely removed. Once the back seats are folded flat, you can easily handle and take out the seats individually. With the superbly-executed seat backs are easy to operate both in releasing and re-installing.

The Sienna causes no difficulty to getting in and out. Dual sliding doors coming standard on all models allow quick getting in and out even in a hurry, and at the same time reduce the need to run around to the other side of the car to grab a kid. The Sienna is very child-friendly when all sliding door is equipped with child-safety door locks. When fully opened, the sliding doors will be prevented from sliding closed by an interlock stopper while the left-side sliding door is prevented from fully open and getting contact with the fuel lid when you are fueling.

>>> You might also find the next great cars for family!!!

Toyota Sienna 2002 from the second-row seats

You can open the right powered sliding door by the opening button on the dashboard, B-pillar, keyless remote, or pulling on the outside or inside latches. And all these buttons can be overridden by a switch next to the steering wheel so the power sliding door is prevented from opening.

Step-in on Toyota Sienna 2002 is made much lower than that on an SUV, so shorter passengers and older passengers won’t find any difficulty in getting in and out. Behind the wheel, the driver enjoys a spread-out road view, despite the fact that the seating position is lower than that on an SUV and thanks to plenty of glass, the visibility remains excellent from all the directions. A good rear view can be achieved thanks to the big mirrors (and powered on the LE and XLE variants). All the instruments are big, clear, and easily readable.

The seats are very comfortable from all the positions. If you can get a Sienna with leather upholstery, rest assured that it is easy to clean. All seats have low bolstering which eases the sipping in and out, however, in a more aggressive side-to-side maneuver, you may feel less anchored to the seats as they are less supportive. Six people can sit with comfort on the two seating rows, though they might not as roomy as one on the bigger-sized Honda Odyssey. Passengers need just a bit of cooperation and optimum space for all will be achieved with comfortable fore and aft adjustment from both front and second row. 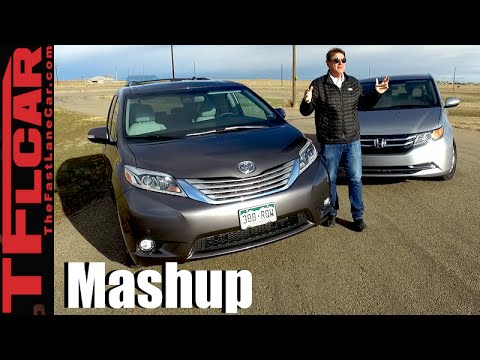 2016 Honda Odyssey vs Toyota Sienna Midweek Mashup Review: And the winner is...

Storage is conveniently within reach without blocking the spacious pass-through between the front seats, and thanks to that, no getting out is needed to move from the front to the rear. There are handy small nets attached to both sides of the front seats for wallets or sunglasses. Foldable cup-holders next to the storage nets are there when you need them but also can be conveniently flipped up to make room when not in use.

Known for its reliability, the Toyota Sienna 2002 problems are reported as few and inconsequential. Below are the most common ones reported by users:

To prevent those problems beforehand, it is always wise to Maintain your Toyota Sienna at tip-top condition with these tips!

>>> If you are buying a used Toyota Sienna 2002, check out our guide for buying a best used car:

>>> And if you intend to buying a Sienna online, we have some tips to avoid scammers on classified car selling platforms:

Below are all the Toyota Sienna 2002 owners manual, as provided by Toyota.

Please consult the table below for the latest Toyota Sienna price. We also include prices of the Sienna of other model years for your further information.

Through this review, it can be seen that Toyota Sienna 2002 model is a high-quality minivan for families. It delivers comfortable and smooth riding experience from both behind the wheel and all the other seats. Loading cargo and passengers are convenient and easy, added by optional power sliding doors. It might lack some features offered by a few rivals, including the rear audio jack that entertains kids with separate music, but it delivers Toyota’s hallmarks of quality, reliability and durability, along with good fuel economy.

>>> Looking for information about a specific model? Check out our resource for reviews of the hottest-selling cars on Naijauto.com.