In 1994, Toyota made the first ever compact SUV - the Toyota RAV4. The idea of the vehicle was one that wasn't as big as other SUVs made around the time but could do what all other SUVs could. It has just enough cargo room, can maneuver on rugged roads and is also fuel efficient. All these was achieved with the Rav4.

When the vehicle first launched in Japan and Europe, sales spiked, causing them to distribute to America and later, other parts of the world. Since then it had become popular on major roads in Nigeria. Known as "Small box", "the Raven" and so on in Nigeria, the RAV4 has seen quite a number of generations and some of the most loved are the 1994 and 2010 versions. In this article, we'll be carrying out a review and prices of the Toyota RAV4 2010 - but before then, here are a thing or two more you need to know about the RAV4.

The 2010 Toyota RAV4 has always gone head to head with the Honda CRV, Subaru Forester and Chevrolet Equinox all made in the same year. Arguments about fuel economy, performance, reliability, affordability and so on, have been ongoing endless.

The 2010 Toyota RAV4 comes in different trim levels of limited, sport and base levels. The compact crossover SUV also gives users the choice of a V6 or 4 cylinder engine. All trim levels also come in 4-wheel and front-wheel drives - as against the standard all-wheel drive the RAV4 is generally known for. And all trim levels give you an option of rear view camera and third row seats.

The base trim level is the smallest with:

The Limited trim level comes with

The 2010 RAV4 sport trim level on the other hand, comes with

On fuel economy, the 2010 Toyota RAV4 doesn't entirely do badly. The all-wheel drive comes with up-to 27 miles per gallon on the highway and 24 mpg in the city. The front wheel drive comes with 28 mpg on the highway and 22 mpg in the city. Generally, the version has a 4-speed automatic transmission with 5-speed options. They also have 25 liter inline 4 cylinder engine which puts out into 172 lb-feet of torque. But you also have an option of getting a 3.5 liter V6 that puts out almost twice the amount of torque and horsepower you will find in the standard RAV4. 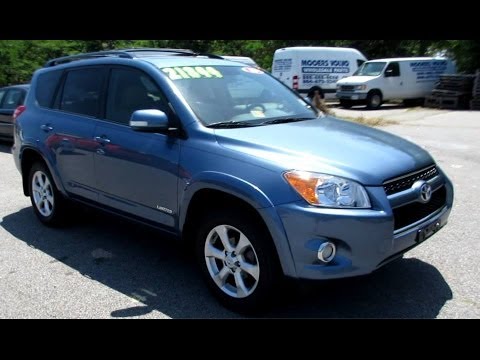 Toyota took time to upgrade the driver assistance and safety system of the 2010 RAV4 with top notch tech features. The vehicle comes with

The body in charge of highway traffic and safety in the United States of America IIHS carried out accident tests on the vehicle and it earned a whopping five stars. When in collision with a vehicle from the front or the side, occupants are likely safe due to how strong the metals are and the other safety systems. All in all, the vehicle showed the promise of being able to handle a level of impact.

It's worthy to note that the 2010 Toyota RAV4 might have road noise issues when it gets older, but wind noise isn't a problem. What's most important is maintaining the vehicle and ensure you carry out routine maintenance after every 8,000 kilometers covered.

Here are some popular dealerships:

>>> How to buy the best used Toyota RAV4

This article of Toyota Rav4 2010 review and prices in Nigeria is brought to you by Naijauto team.

>>> You might want to read more reviews of prices of Toyota Rav4 as well as other Toyota cars in Nigeria, check out the followings: