The Toyota RAV4 second-generation was launched in 2000 and remains both the beloved three-door and the five-door variants from the preceded model while sharing various elements with the Toyota Corolla and the Toyota Carina. Since its debut, the Toyota RAV4 second generation has achieved a good name thanks to it striking exterior combined with satisfying on-the-road manner. In Nigeria, the Toyota RAV4 is one of the most popular model thanks to its great fuel economy and the availability of qualified mechanics that can handle its maintenance. We at Naijauto are honored to give you an in-depth review of this endeared model, Toyota RAV4 2005 model review. Enjoy! 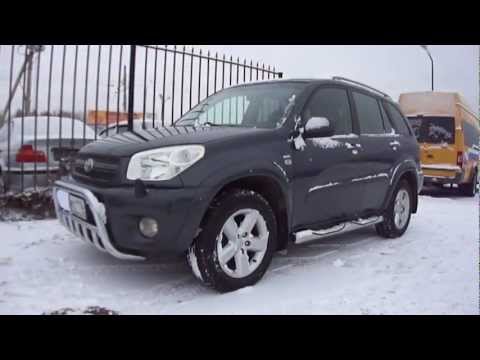 Please consult the table below for the Toyota RAV4 price in Nigeria. Please note that prices of cars may vary depending on its mileage, neatness, engine strength, year of manufacture and other factors, so the real sale price of a car might be slightly above or below the stated ranges but Naijauto tried to have the price ranges as accurate as possible.

>>> Price of Toyota models in Nigeria

As a prestigious online platform for car buying and selling, Naijauto provides thousands of Toyota RAV 2005 for sale at competitive prices from various sellers and dealers across the nation. If you are looking for a Toyota RAV4, do visit our website to get a well-functioning one for a price that suits your budget.

The Toyota RAV4 2005 interior delivers all the qualities that Toyota is known for. The cabin shows a comfortable and roomy setup, though this advantage is not present in the three-door version which offers decent riding conditions for merely two passengers and those in the back may feel not as comfortable. However, the five-door variant completely addresses that. On the other hand, the front row seats provide great comfort for the back while offering the good support that kills all the fatigue. Generous room is found in the backseat of the five-door RAV4, as two adults or three children can be accommodated with ease.

It can be said with confidence that the Toyota RAV4 interior quality is among the top-notch ones. Having said that some plastic details are hard but we are talking about those areas that is not usually in the sight. Besides, all the controls are very user-friendly so you won’t have any problem in figuring out what each button does.

Speaking of the Toyota RAV4’s practicality, the three-door variant lags well behind in this respect as the access to the rear seats is not that easy to gain and the cargo space is far from generous. That said, the rear seats on the five-door version can both slide backwards to release more legroom and be tumbled down for more boot space. In case you need to load really bulky stuff, the rear row can even be completely removed. The storage compartments on the RAV4 is smartly set up so cellphones, wallets, keys and other small items won’t be scattered around inside the cabin.

For infotainment, the Toyota RAV4 2005 comes with a CD player, added by a CD autochanger if you can get the top-of-the-range.

The Toyota RAV4 2005 model lineup includes three- and five-door variants and was built on a platform that inherits both Corolla and Carina elements. It is presented in various trim levels in the UK market: NV is the FWD, while the NRG, GX and VX are 4WD with different gear levels. In Europe, Australia and Asia, the RAV4 is available as a three-door while in the US market, it is offered in a five-door. A 1.8-litre inline-four engine on the 2WD provides 110 kW, or 150 horsepower, while the 2.4-litre inline-four engine is able to produce 118 kW or 158 horsepower.

On various Toyota RAV4 2005 variants, you can have the following features:

If you can find a Toyota RAV4 2005 with sports package, then you have additional

Other options include alloy wheels, sunroof, heated seats and keyless entry. 16-inch wheel is standard, while larger tires are available on AWD models.

Known as a reliable vehicle, it is reported that the Toyota RAV4 problems are few and minor. Following are the most common problems reported by users and major recalls through the years:

Known as a reliable vehicle, the Toyota RAV4 2005 has few, minor problems

>>> Looking for a used Toyota RAV4? Check out Naijauto used car buyer guidance to buy a good one:

We hope that with this review of the Toyota Rav4 2005 model, you have found helpful information that may ease the task of buying a car. If you like our article, please like, share and don’t forget to visit Naijauto Reviews for more in-depth reviews of the most sought-after cars by Nigerians.

SO SAD: Seven victims die in a fatal road accident in Kano State

[Photos] 3 family members, 7 others die in a fatal car crash in Kwara State