Singing the praise of Toyota cars seems to be never enough. In Nigeria, Toyota has brought the local auto market a number of excellent models, from glittering sedans to great hatchbacks, from the stalwart SUVs to airy MPVs. And it will be a big mistake if we forget the tough-built pickups of the Japanese brand with the “celeb” Toyota Hilux.

Launched in 1968, the Hilux has gone through 8 generations since then. Nowadays, the power and reputation of the Hilux is one of the greatest durability and even, unbreakable. What has gained the Hilux that admiration? In this Toyota Hilux 2015 review by Naijauto.com, let’s bring all about this famous pickup to light.

At first glance, the Toyota Hilux 2015 looks like a bulky yet magnificent beast. In comparison, the Hilux 2015 gets a body that bigger than its predecessor and also taller and longer than the Range Rover. The pickup comes adorned with a large chrome grille along with color-coded bumpers, headlights and foglights at the front fascia.

Stepping inside, the  Toyota Hilux 2015 interior shows that the Japanese car manufacturer has tried to redesigned the Hilux 2015 to look like a car more than its predecessors. For instance, in the Invincible and Icon variant, the interior comes equipped with the state-of-the-art touch-screen entertainment system that is also used in the RAV4 or Prius. Meanwhile, the top-of-the-line version - the Invincible X has the satellite navigation system. In general, everything in the Hilux interior is nice and convenient. Besides, it also features a piano-black cue and leather upholstery inside, earning the pickup a more luxurious look.

Speaking of the Toyota Hilux 2015 seating, the car comes available with 3 different body types including the 5-seat Double Cab, 4-seat Extra Cab and 2-seat Single Cab. For the best-selling model - the Double Cab, you will sit very high on the ground but it offers a large space for passengers. The car not only offers 2 front seats for 6-foot adults with great comfort but also a couple of rear seats with equal quality and convenience.

It will not be too difficult to load one more adult in the center seat because of the transmission tunnel is not high and does not occupy too much floor space. The wide-opening doors also help people access to the seating rows more easily. But the rear row is considerably higher than the front, so you may need the crampons to help your kids enter into the second row. 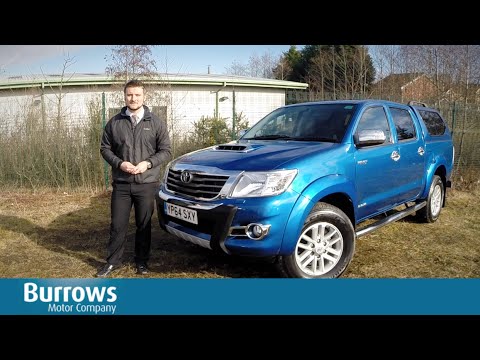 Additionally, the Hilux is also provided with many stowage compartments scattered around the cabin. Noticeably, the car’s load bed is considered as the best one in its class with 1645mm in width, combined with a great towing capacity which measures up to 3.5 tonnes.

It is evaluated that the Toyota Hilux 2015 performance is much better than the previous models. Compared to the Ford Ranger - the fiercest competitor of the Hilux, the Toyota pickup feels much more firm on the road and more comfortable with bumps in the middle of a road’s corner. It comes with a weighted steering and a new responsive and sharp braking system.

The 2015 model comes equipped with a 2.8 L turbo diesel engine which has a different grunt from the 3.2 L 5-cylinder engine, but it is a relatively smooth and quiet mill. The new 2.4L turbo diesel in lower variants was noisier, partly due to less sound insulation behind the panel.

The Toyota Hilux 2015 engine works in a conjunction with an intelligent and smooth 6-speed automatic transmission. An option of a 6-speed manual gearbox is also available with precise and light performance.

At low speed, the ride feels relatively agricultural but as accelerating, the pickup performs an excellent ride with a smoothness and refinement coming from a powerful engine, conquering high-speed drives, long distance without any fear and the need to wear any ear-defenders.

On the other hand, the Hilux is absolutely easy to drive. Thanks to the lightweight steering system, you do not have to work too hard to control the pickup and it is very firm on the road.

Thanks to the lightweight steering system, you do not have to work too hard to control the pickup and it is very firm on the road

>> Completed list of Toyota cars for sale in Nigeria

Please consult the below table for the fair market price of the Toyota Hilux 2015 in Nigeria. Prices of Toyota Hilux of older model years are also included for your further information.

​>> Our whole slew of cars for sale at attractive prices

In conclusion, it can be frankly said that the Hilux is worthy being one of the strongest competitors in its segment. Through our Toyota Hilux 2015 review, perhaps you have already known why this pickup is of interest to any Nigerian. Now, are you ready to enjoy the most amazing off-road adventures behind the wheel of the Hilux?

Gunmen attack a woman, snatch a car and abduct two children in Ondo