The Toyota Corolla Altis has marked its 50th anniversary last year. With 43 million respectable examples has been sold worldwide, it proved one of Toyota’s most popular models. Now revamped for the 2017 model year, the eleventh-generation Corolla Altis adopts a host of aesthetic and technical updates. With other makers releasing sleeker, faster and similarly affordable C-segment cars, Naijauto.com shall explore how well Toyota can do this time with a detailed review of the locally marketed 1.6-liter Xli M/T variant of the Toyota Corolla 2018 model. 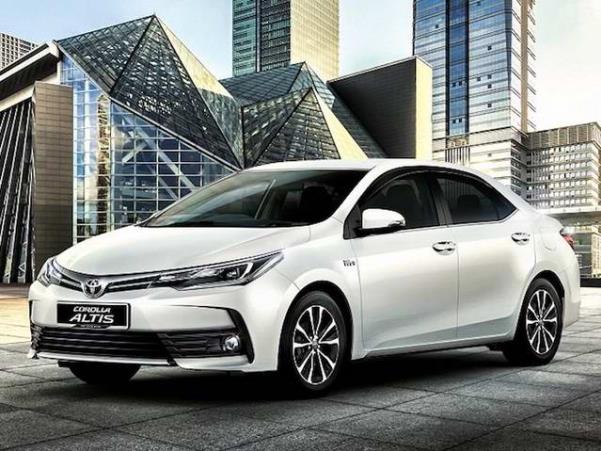 Corolla Altis proved one of the most popular Toyotas

Speaking of look, it is safe to say the Corolla is a winner. Despite the pervasive presence of sleek sedans out there, the Corolla still stands out from the crowd thanks to its distinct profile and engaging design. Most glaring changes were made to the front fascia with sharp-looking headlights and raised chrome grille. At first glance, the Corolla quite resembles RAV4, its crossover sibling. See more Toyota Corolla 2018 pictures below. 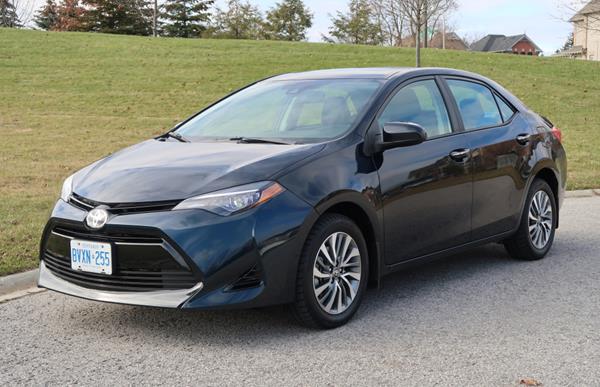 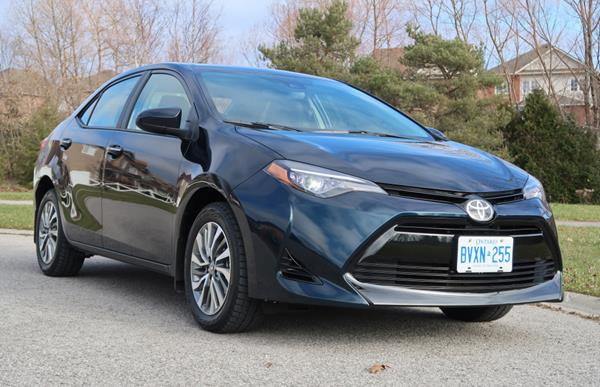 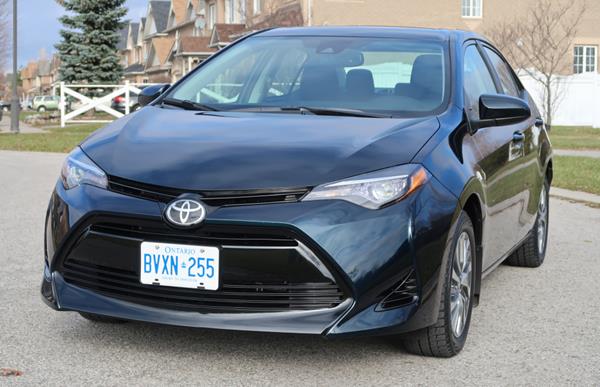 The front fascia with sharp-looking headlights and raised chrome grille

The rear has been significantly reworked with new taillights which now go LED, much similar in shape to previous generations. The curvy rear bumper and an additional stunning chrome strip on the trunklid complete the design as final touches. 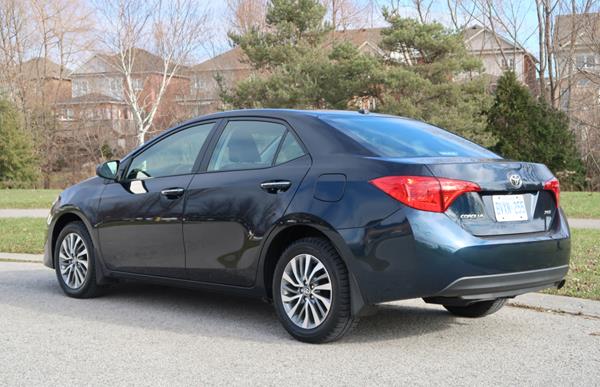 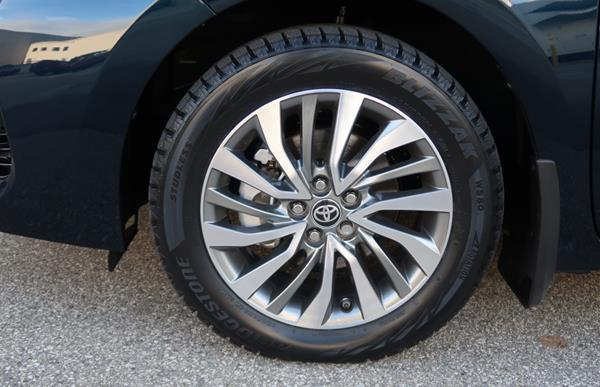 The smart key comes with all variants allows easy door unlocking with one simple touch on driver’s side handle. Unlike the range topper 2.0V whose cabin is predominantly black-out, the 1.6V’s interior gives a vibrant look with the beige theme color. For those who have been fed up with dark-tinted cabin and shiny details omnipresent on today’s cars, the Toyota Corolla 2018 interior comes as a fresh breeze. 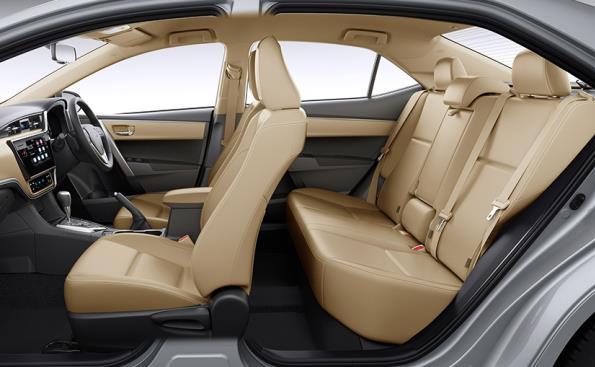 The 1.6V’s interior gives a vibrant look with the beige theme color

On the seats, the Corolla embraces ergonomic design and a sophisticated vibe brought in by glossy black plastic details, soft-touch cover of the dashboard, well-lit panels and faux metal details. The front row seats provide manual adjustment for height, slide and reach, and the comfort they bring sometimes can entice you sink into it just to enjoy the indulgent cushions. Despite the absence of the lumbar support, the Corolla feels comfortable even on long journeys. The legroom in the rear seats also generous for stretching and can be flipped down to expand the boot for large luggage. A plus on the Corolla is that it incorporates a telescopic steering rack which is largely absent on affordable models. Longer-legged drivers shall have no difficulty finding more stretching room. 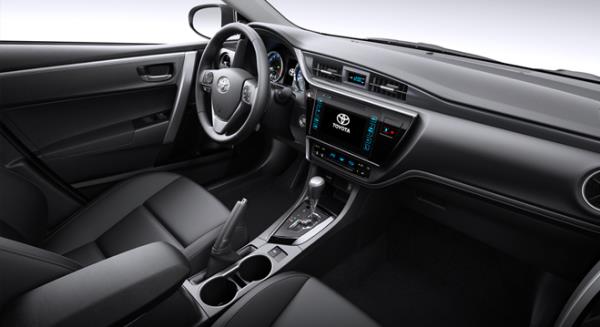 The touchscreen is one of the easiest infotainment to use in the economy class, incorporating large virtual buttons, quickly responding touch sensor, and clear and user-friendly interface. It supports CD, Aux, AM/FM radio, USB, and Bluetooth connectivity. Added on the 1.6v is a reverse camera dislay which eases the parking pain. 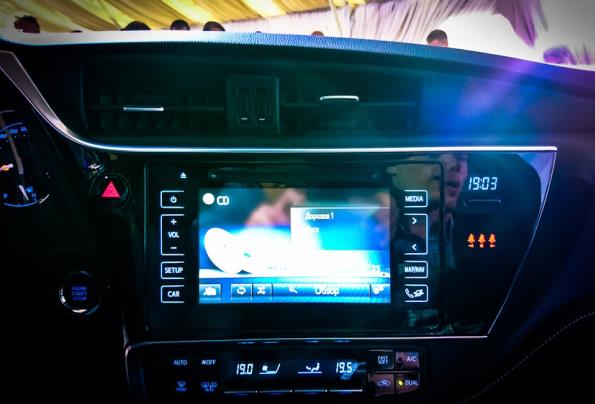 Users will find it more ergonomic with the revised single-zone automatic control panel. But similar to the last updated Corolla, the airconditioner system works too efficiently as sometimes the cabin feels a bit chilled even the temperature is at its highest tune. But given how sultry Nigeria is, this may be more of an advantage rather than a setback.

Powering the Corolla is a 1.6-liter four-cylinder engine, backed by Dual VVT-i. The motor provides a mediocre 122 PS at 6000 rmp and Nm torque at 5200 rpm. The continuously variable transmission (CVT) that comes with a simulated manual gear ratio shall regulate the power for smoother driving. 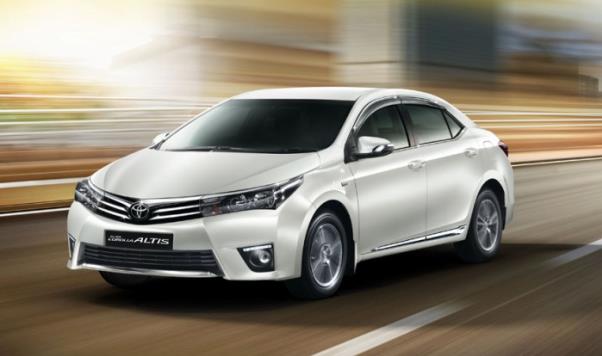 The engine specification suggests a decent amount of power but a quick test drive and I realize that the Corolla is definitely not that strong. Despite that fact, it is possibly one of the smoothest C-segment cars I’ve driven. The ‘Eco coaching’ function will thrill environmentalists as it let the driver know when the drive is the most efficient.

With the upper range endowed with most of its power, the Corolla is more of a fuel economic car rather than a workhorse. In light traffic, the Corolla averages between 9.0 – 10km/l which really impresses while in more congested routes, it delivers 7.5 – 8.0 km/l which is quite nice, too.

Switch the Corolla to the manual mode and it shows the energy that deserves appreciation. At above 3500 rmp, the engine produces nice torque while reaching top pulling power at 5200 rmp. Again, it is not the most exciting car to drive, but it can do the acceleration decently when you need it and it is a nice long distance cruiser.

Maybe the greatest attributes of the Corolla is its ride smoothness. With the chassis and dampers do a great job of absorbing road roughness, the rides feel very pliant and comfortable. The Noise, Vibration and Harshness system also well fulfills its duty of keeping the cabin out of outside environmental disturbance.

Maybe the greatest attributes of the Corolla is its ride smoothness

The handling feels satisfactory, if not engaging. Despite a pinch of numbness, the Corolla’s electronic power steering gives a satisfactory driving experience, which outdoes those on most other models.

If you are seeking a compact sedan that has all the basics then the Toyota Corolla 2018 model above is a safe choice. While some other rivals may deliver more thrills from the driver seat, a practical mix of ample space, decent fuel economy and good value for money still present the Corolla a mass appeal.