The four-door Corolla has a maximum seating capacity of 5. It is of three different trim levels which include:

The models have a simple, basic and inexpensive design and high standard safety features in order to ensure the passenger maximum comfort, convenience and safety. All the models are easy and convenient to operate and not so expensive to buy. The Corolla S is the latest of all the models and is even sportier while sporting all the features you find in L and LE models.

Are you ready to be with us reviewing the Toyota Corolla 2011 model?

The exterior design differs in models but all the Toyota Corolla trims have a rigid and stiff body which makes them very resistant to crash. The models always come in different standard and customized colors. Generally, Corolla models have exterior features such as heated mirrors, front fog/driving light, front and rear protective bumpers, tinted taillights, power-folding mirrors, metallic mirror caps, and sunroof, though some of these features are optional in the base model. Corolla L uses R15 steel wheels while Corolla LE makes use of upgraded R16 steel wheels and Corolla S uses 16" silver aluminum wheels.

All 2011 Toyota Corolla models have an exclusive, simple and inexpensive interior design and materials for convenient and comfortable driving. All menus and controls are logically arranged and straight forward such that they are all so easy to access and control. However, the Corolla trims differ in interior design and features.

The 2011 Corolla L which is the lowest model of all the trims is about $15,600 (~₦5.6 million). This model is compacted with series of basic and standard interior features. It comes with air conditioning with filter, CD/MP3/WMA/XM audio system with 4 strategically positioned sound speakers, multimedia display screen, AM/FM/Satellite-prep Radio, fabric upholstery, 60/40 split-folding back seats with 36.3 inches leg space and also gives access to carry long objects, very comfortable front seats and elbow rests on the both sides and power-folding exterior side mirrors.

Visibility for the driver is greatly enhanced by its low dashboard and windshield base and an optional high capacity heater which is very helpful in rainy weather. It also has a luggage space of 12.3 cubic feet at the trunk.

Corolla LE is like a senior to the base model. It has virtually all the components and features in Corolla L and addition/optional premium packages. This model is about $17,300 (~₦6.25 million). It comes with additional features like remote keyless entry, adaptive cruise control, heated mirrors, MP3/CD player and WMA/XM audio system with six-surrounding sound speakers, multimedia touchscreen display, power doors, and windows locks and intermittent wipers. It also has an optional USB port with iPod connectivity and Bluetooth connectivity for music streaming.

Corolla S is sold at the rate of $17,470 (~₦6.3 million). It is the highest trim of all the models. It adds some extra packages like sports telescoping/tilt steering wheel with perforated leather, color-matched spoiler, fog lamps, automatic sound leveling, sport side sills, and sport front seats.

3. Engine and Performance of 2011 Toyota Corolla

All 2011 Toyota Corolla models use the same 1.8-liter four-cylinder DOHC engine. This engine generates maximum power of 132 horsepower at 6,000 rpm and produces torque of 128 pound-feet at 4,400 rpm. The three models use different types of transmission system. Corolla LE uses a 4-speed automatic transmission system while other models i.e Corolla L and S make use of a 5-speed manual.

The Corolla models make use of an electric power steering system which requires the driver's maximum attention. Unlike some of the Corolla's competitors which use a steering system that automatically adjusts itself and straightens the wheels after bending or cornering, the Corolla steering system doesn't. The driver does more of the control but with little effort because of the sensitivity of the steering.

All three models have a very responsive braking system with an easily-accessible brake pedal which requires little effort to be engaged. They all also make use of an automatic braking system for safety purpose when there is any emergency or accident. The brake pad makes little or no noise whenever the brake is engaged. The engine power is evenly distributed to the wheels while the car is propelled by the front-wheel driving system. Although some Corolla's rival with a 6-speed automatic transmission system accelerates better and smoother than the Corolla that uses a 4-speed automatic transmission system. More so, the 2011 Corolla’s performance is on average level when compared with some of its competitors like Mazda 3 and the new Ford Focus.

>>> More Corolla reviews for your reference:

The interior and exterior design of all the 2011 Corolla models are based on high consideration for passenger safety. To achieve this, the different trims equipped with lots of standard safety features to ensure an accident/trouble-free driving. Some of these features are specifically designed to provide maximum aids to the driver when driving or in time of emergency. The Safety features include overhead airbag, side and front impact airbags, anti-lock brakes when there is emergence, stability and traction control to maintain the wheels of track, security system, dual frontal, tire pressure monitor, anti-whiplash to prevent rear collision and pre-tensioners in seat belts

Toyota Corolla is very popular car in Nigeria, you can be sure to find a variaty of sources to purchase one for yourselve. However, to make that job a much more easy one, we at Naijauto have made a list of the prices of 2011 Toyota Corolla in Nigeria for Brand New, Foreign Used and Nigerian Used types. 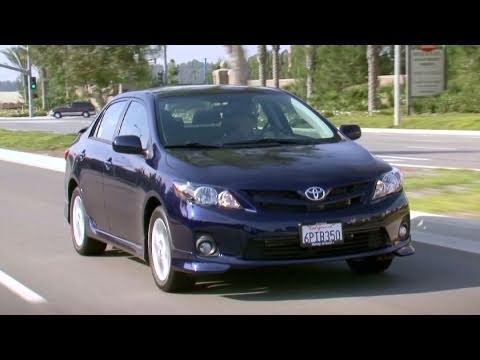 No matter what happens, Corolla remains the best selling car model of all time, and Toyota Corolla 2011 is among the most hunted model years. If you need a family car that is reliable and practical, don't hesitate to go for a Toyota Corolla 2011.

Naijauto.com is the most reliable auto portal in Nigeria that offers you the best prices you can get for your car purchase. Look no further, you are at the ideal place for well-researched car prices in Nigeria. Are you interested in knowing the kind of car that fits perfectly within your budget? You can check out our New, Tokunbo, and Nigerian used cars for sale in Nigeria!

>>> Don't forget to check for more Car reviews and Car buying advice on the website!