Toyota Corolla 2003: the best-known sedan in the auto market

Practical, affordable and fuel efficient are all about the welfare of the subcompact sedan Toyota Corolla. Up to present, it has proudly become a more viable option over the pricey C-segment MPVs or 7-seater SUVs in Nigeria. If you feel that an SUV, an MPV or a van is too tall and too big, the Toyota Corolla will be a good alternative.

Today, Naijauto.com will review one of the most sought after production year of Toyota Corolla: the Toyota Corolla 2003 model review. Let's delve in! 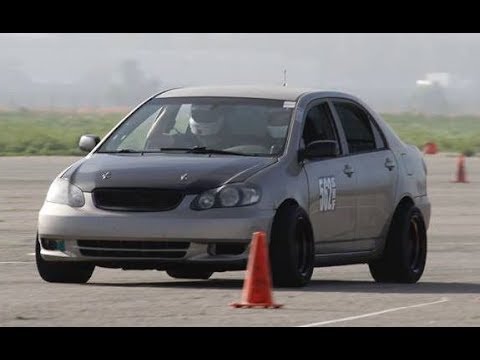 According to the Corporate Manager for public companies and distributors of Toyota - Mr. John Kramer, the Corolla 2003 brings a “more emotional connection with a more diverse” customer.

>>> What should I look out for when buying a used Toyota Corolla?

The Toyota Corolla 2003 gets a handful of changes in its exterior design, mainly focusing on the dimension. The car measures 178.3 inches in length, 66.9 inches in width and 57.5 inches in height, which is 5 inches longer than its predecessor. Particularly, the U.S. models come equipped with five-bolt wheels.

The Toyota Corolla 2003 model gets a handful of changes in its exterior design, mainly focusing on the dimension

The S model comes with additional options consisting of aluminum-alloy wheels and a rear spoiler. Especially, the LE and the S model are armed with slightly wider tires than that of other variants which measure 15-inch. 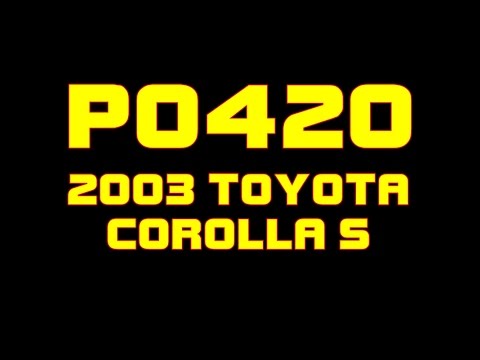 Stepping inside, the Toyota Corolla 2003 interior offers a spacious cabin with 60/40-split rear seat and a 13.6 cubic feet cargo, completely housing up 5 people in comfort. In overall, the 2003 model gets better equipment.

In overall, the 2003 model gets better equipment

The front seats have a slightly shorter bottom but they are supportive and comfortable. Toyota's statement shows that distance between front occupants seems to be more accurate and more spacious. To widen the legroom of the backseat, you have to push the front seats forward, which are considered as a disadvantage of the sedan. A large glove box is also offered.

>>> Do you know Best alternatives for the Toyota Corolla in Nigeria

Under the hood of the Toyota Corolla 2003 engine is a 1.8 L 4-cylinder VVT-i which is capable of doling out 130 hp, works in conjunction with a 4-speed automatic or a 5-speed manual transmission. Meanwhile, some previous Corollas run with a 3-speed automatic gearbox which is no longer used.

Although the Toyota Corolla is known with a conservative style and a relatively high price, still, it has long been one of the most popular subcompact sedans on the market.

The Toyota Corolla 2003 is a perfect combination of reliability, fuel economy and refinement. Although its shape may not make many car lovers strongly desire to admire, this car is built based on the reputation of Toyota for excellence. Toyota is focusing on younger buyers and the Corolla seems to bring a sense of confidence and solidity that resists its compact size.

The Toyota Corolla 2003 is a perfect combination of reliability, fuel economy and refinement

The Toyota Corolla 2003's performance also did not make much sense, and the added 5 hp did not bring the Corolla a faster acceleration. But the 2003 model is completely suitable for conventional driving. Acceleration is a delay on startup, but the automatic-gearbox models speed up rapidly. Although the engine is a bit noisy during the acceleration, it turns quite as reaching highway speeds.

The Corolla showcases a quite good performance in curves and town but its handling capacity is not as precise as that if some more compact cars. But smooth driving is still a strong point of the model.

Smooth driving is still a strong point of the model

>>> [Expert Car Compare] Camry vs Corolla, which used car should you buy?

Below are the most common Toyota Corolla 2003 problems, as reported by users worldwide.

According to some experts, a failed evaporative emission system (EVAP) could make the Check Engine Light on. This fault is hard to diagnose but easy to find out a worn or loose gas cap or a failed charcoal canister.

In the Toyota Corolla 2003, the automatic gearbox may not change precisely at higher mileages (125,000-150,000). The reasons for this can be led by an aged shift solenoid and an out-of-adjustment throttle position sensor. Normally, the gearbox doesn’t require being absolutely overhauled.

If the engine does not spin, the most common cause is led by the starter. These often happen when the car has gained a mileage of about 100,000 to 125,000 miles. Sometimes, it needs to replace only the starter solenoid but usually, you have to replace the full parts of the starter (not except for the solenoid).

Below are brief specifications of all Toyota Corolla 2003 variants.

Toyota Corolla 2003 is produced long time ago so it is very difficult to find a brand new unit in Nigerian market. If you love Corolla and want to own tear rubber one, check out its recent models:

Roll down to see more Toyota Corolla 2003 model pictures, from all angles.

Where to buy Toyota Corolla 2003 for sale in Nigeria

Otherwise, you can visit offline accredited Toyota dealerships in Nigeria. You'll get better assistance from the salesmen and car finance. However, the prices are generally higher.

If you love bidding, you can try your luck with Nigerian Customs auction of seized cars. Here are some tips that can help you secure a successful bid:

Lastly, If you have time and love challenges, you can try travelling to Cotonou, Benin to hunt for a tokunbo Toyota Corolla there. Make sure to pocket our Cotonou cars buying guide: buying steps & prices (updated 2019).

Here are reviews of Toyota Corolla of other popular production years that you might want to check out: