In Nigerian auto market, Toyota is well-known as the most favorite car brand with a high level of quality, satisfaction and reputation. What earn the brand a great favor from Nigerian are not only stylish designs, advanced technology but also its low cost for maintenance and safety features.

Born to be a compact mid-sized and lightweight sedan, the Toyota Avensis has become one of the most popular cars on Nigerian roads. It was also considered as one of the most affordable sedans on the market, even though the word “affordable” depends on individual opportunities.

Just so you know, Avensis is the first car ever received a surprising number of changes, updates and facelifts during 20 years of its development since 1997!

Naijauto.com is honored to bring our beloved readers a comprehensive review of the popular model - Toyota Avensis 2008 review with a hope of giving you useful information about this great sedan. 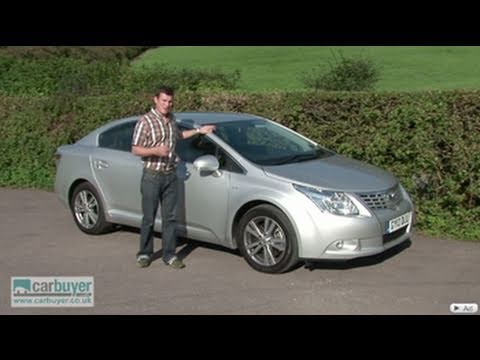 Toyota Avensis 2008 review: What you get

Designed in France so obviously, Toyota Avensis 2008 evoked European style and was born to be sold on this continent. Compared to the Mark 1 Avensis, the 2008 model got a larger and more muscular appearance, which makes it look more attractive. The latest car offered three body types including saloon, Tourer and liftback and three petrol engines are also equipped on these models. Accordingly, there are also three options for capacity and injection configuration of the engines consisting of a 129bhp 1.8 L VVT-i engine, a 147bhp 2.0 L direct injection VVT-i powerplant or a 2.4 L 147bhp motor.

Toyota equipped the Avensis with the VVT-i set up which is a variable valve system generating fuel economy and torque at low revs and a great power of gearboxes.

Toyota equipped the Avensis with the VVT-i set up

You could also try to drive an Avensis 2008 with a 2.0 L 116bhp D-4D diesel engine or a more advanced motor - the 2.0 L diesel D-CAT engine (Diesel Clean Advanced Technology).

Besides the two types of engine, a 2.2 L 177bhp diesel version was also added to the range. The Avensis 2008 came with 5 options for its trim level including the T2, T3-X, T Spirit, T4 and the rather clumsily-named T3-S.

A 2.2 L diesel version was also added to the range

For the T3 grades, the T3-S offers satellite navigation while the T3-X provides a more luxurious system for those who have a touch of style. The T4 can provide both of these features while the T Spirit is equipped with leather power seats.

It can be said that Toyota strongly favors the Avensis as the car maker gave the car a full and advanced kit of safety features, especially all variants include up to nine standard airbags with a knee airbag for the driver which has never been seen in any other models before. The system is set up underneath the steering column in order to protect the driver’s knees and legs from injury.

Stepping inside, the Toyota Avensis 2008 could surprise you with what it is added with compared to its predecessor. It offers a luxurious and spacious interior with neat metallic finishes and soft-touch plastics, providing the car a more classy and stylish makeover. Besides, as shutting the doors, its thud sounds like a luxurious Lexus, which showcases a great affluence and a genuinely upscale feel of what is so-called Toyota model.

As we mentioned above, the entry-level of the Toyota Avensis 2008 engine is a 1.8 L VVT-i that produce a reasonable capacity with 129bhp on tap. It’s capable of providing a free-revving and smooth driving while the bigger 2.0 L petrol model is faster but fails to bring a dynamic sense of driving. 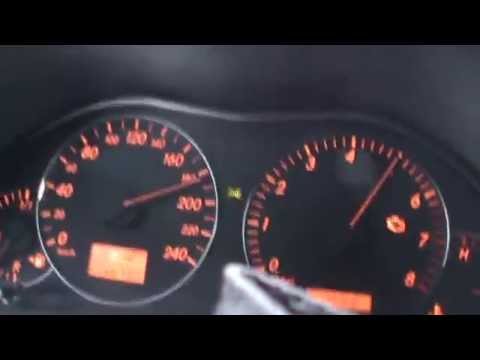 In 2005, the carmaker continued to provide the Avensis with a 2.2 D-4D 136bhp engine, making the engine competition between the Avensis and other cars in its class become more intense than ever.

Toyota efforts in improving the Avensis seems restless as in summer 2006, the 2.0 L diesel was upgraded to 2.2 L 124bhp and 136bhp engines, particularly, a 175bhp variant dubbed the T180 was also available. Although it feels like that the engine is not as quick as expected, the transmission seems to focus on bringing drivers comfortable journeys than sprints.

On the road, the Avensis offers a predictable and safe driving but when putting it in a comparison with other strong rivals like the Honda Accord, it seems to lack of outstanding and superb advantages.

With the modification in 2006 for a better suspension, steering and body rigidity, the facelift got a greater exterior and more excellent ride than its predecessors. However, reaching the best standard in the class is still out of hand as the steering seems to be light and doesn’t bring much sense of driving.

On the other hand, the car offers a better performance on the highways. It brings a comfortable ride with a fuss-free manner, and if you want to choose the Avensis to be a long-way partner, it will be better to drive a diesel model.

On the road, the Avensis 2008 offers a predictable and safe driving

It was noticeable that the car offered not only the three aforementioned body styles but also an MPV version, back in 2001. The MPV was dubbed the Toyota Avensis Verso that provided a large room for seven passengers and only ran with 2.0 L engines. Especially, it won Australia's Best People Mover and became the only one Avensis version sold in the Australian market. Bravo for Toyota Avensis Verso 2008 model!

The MPV was dubbed the Toyota Avensis Verso that provided a large room for seven passengers and only ran with 2.0 L engines

If you are in need of purchasing a used Toyota Avensis 2008, take a look at our table for the Avensis price in Nigeria:

Nowadays, demands for Crossovers and SUVs are on the rise but a sedan is still a great alternative and the Toyota Avensis is proud to be an ideal candidate. It can completely meet your requirement of a stylish, comfortable, spacious, smooth and affordable car. With that in mind, Naijauto.com believes that our Toyota Avensis 2008 review could be a great support for you to have a better understanding about this favorite sedan of the reputable Japanese brand.

And as we all know, Toyota still continues to producing and releasing updated its Avensis for 2018. Even so, all things considered, we personally think a used Toyota Avensis is not a bad idea at all!

>>> Click here to see our full list of Toyota cars for sale at the best price in Nigeria.

Gunmen attack a woman, snatch a car and abduct two children in Ondo

[Photos] 6 Nigerians that own a Lamborghini Urus (No. 5 is a quiet person)