At the time Nissan introduced its second-gen Almera, it not only faced the risk of increasingly sophisticated European hatchbacks, it also had to showcase its appeal in competition with the growing mini MPV segment.

Although the Almera Tino mini-MPV seemed to fail to convince buyers by the versatility of the Almera, it certainly reached the first milestone when Almera was used with a greater demand than the first generation.

The 2000 model changed the way we think about the Nissan Almera. An uninspired interior and gawky style have gone. Now the Nissan Almera 2000 model is a confident and mature car with a sense of Europe that is increasingly overwhelming, fitting and ends up in front of whatever is emerging from Germany.

With very competitive prices, a modified engine range and a series of standard trim levels as well as the Activ value versions, the Almera 2000 has surpassed the modest expectations of Nissan.

At the end of 2001, a 4-door sedan variant was introduced to a market that traditionally left the idea of the hatchback. The next year down, Nissan has updated the Almera, redesigning its grille and bumpers for a more alike appearance with the Primera. 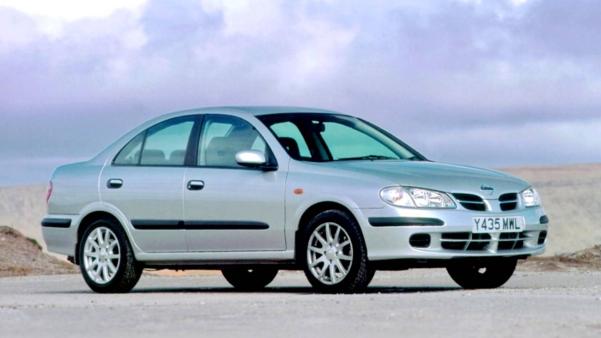 At the end of 2001, a 4-door sedan variant was introduced to a market that traditionally left the idea of the hatchback

Styling designs have been changed, prices are pushed up, the engine is slightly refined and N-FORM control panel of Primera is equipped for all base variants. Soon after, Nissan brought a common-rail 2.2 L 136bhp diesel dCi engine to the Almera range, which was only available in a new top-of-the-line SXE version.

The car brand also reviewed the SVE variant, adding satellite navigation based on DVD. In early 2003, Nissan added two special versions of the lineup, the Flare and the Pulse. In 2006, the Almera models became likely out-of-date as compared to modern hatchbacks contenders.

The lineup is reduced to just one option for the engine - 1.5 L petrol and 4 versions including the SE, S, SVE and SX. Although the Flare versions still went on sales at this period. And the last Almera units were sold at the beginning of 2007.

Stepping inside, the Nissan Almera 2000 interior has become classier with a luxurious feel of high-quality features. The interior comes equipped with smart touches and superior utility. Not all of the features are new but as coming accomplished with each other, they show a good and even excellent utility.

The rear-view mirror is adorned with a fabric sunglasses holder in order to keep the lenses away from being damaged as using frequently. The dashboard includes a tissue holder located in the lid and a 12 V power socket. The front passengers’ space is also equipped with a “curry hook” to keep your legs comfortable.

Extensive storage space - There are about 20 rooms for housing up stuff. It is able to contain a washable rear garbage holder, a filter bag, fresh fruit boxes, etc. The front door pockets are designed to accommodate thick atlases along with carbonated drinks. The car also offers two 'secret boxes' for containing valuables (one is located under the cup holders in the dashboard and one under the rear floor) and the rear centre armrest has a compartment for coloring pens and books and 2 cup holders. 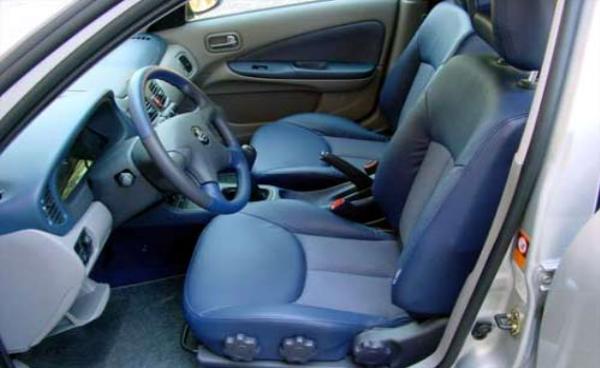 The Nissan Almera 2000 has two luggage holders to keep big items not sliding to the rear. There are also umbrella holder and velcro straps that tie the stuff to the front of the back seat cushion. Car users can also tie their laptop or briefcase in the same location, thanks to a retractable carrying strap. It is said that Nissan was trying to make the Almera as the second house of the car users. It also wanted the Almera to be one of the proudest moments of your driving - not a thought that can happen to the previous Almera’s owners or its predecessor - the Nissan Sunny.

However, thanks to what stylists call "one of the most innovative and sophisticated designs we have ever created," they may even got more successes because it's longer, taller and wider than its predecessor. This model is greater beyond expectations.

The shape is also very practical, with a generous headroom and roomy space for three comfortable rear seats that can be foldable to create 355 L of space (25 l more than the VW Golf). 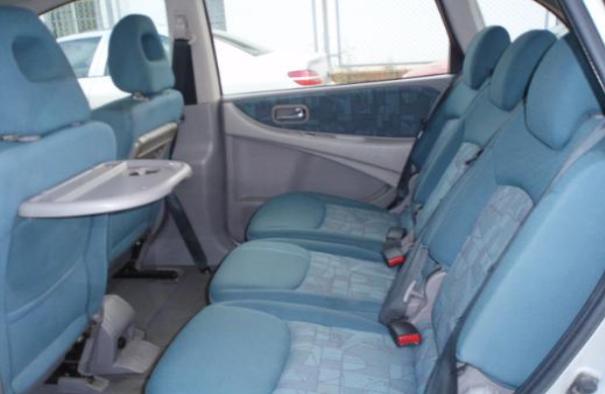 The front offers an option for the side airbags as the seat can be armed with the Anti-Hole System in order to decrease the head injury if you are hit from the back.

The braking performance has been greatly improved supported by a 'Brake Assist' system which lowers the effort of the pedal needed to operate the ABS approximately 30 percent in an emergency.

You may be surprised if we say that there is no record of the 2000 Nissan Almera problems but it’s true. The only thing you hear is that the second-gen Almera has very well-known for its great reliability.

The quality advertised in the 2000 model is a body that is 30 percent stiffer than in the past, bringing a very good sense of driving. The transmission is strong and smooth and the engine is also powerful. The 1.8 petrol engine is the speediest one currently available (no planned alternative to GTi), does the 0-100km/h sprint in a tamer 11.1 seconds before topping out at 115 mph. 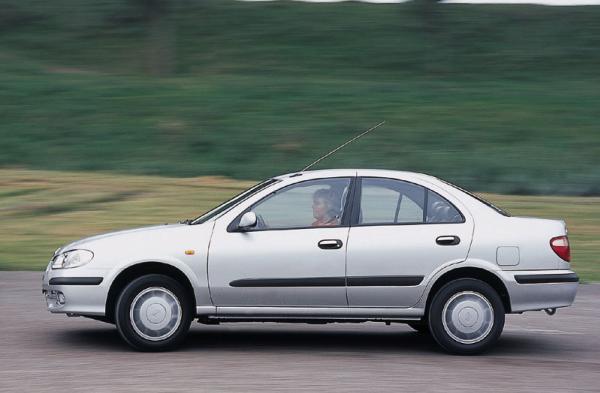 The 2000 model is a body that is 30 percent stiffer than in the past, bringing a very good sense of driving

On the other hand, the diesel takes a bit time to be ready to run but once it starts, you can enjoy your drive with a rapid respond- and cross over 1,000 miles with a full tank.

The car’s handling capacity is also excellent with good responses and plenty of grip front its chassis. The light clutches and steering make Almera easy to drive through the town.

Please consult the table below for the fair market price of the Nissan Almera 2000: 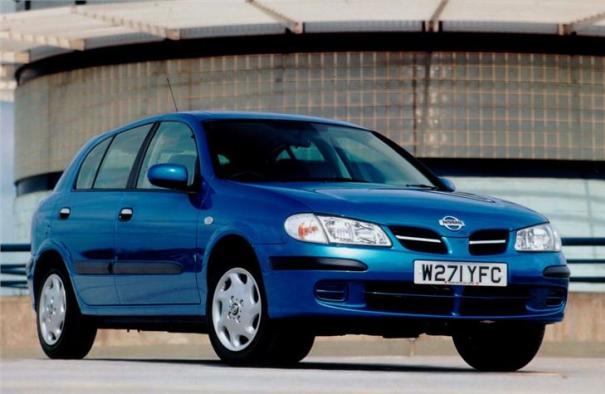 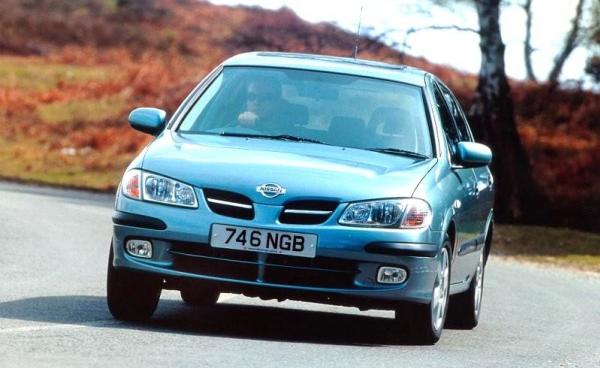 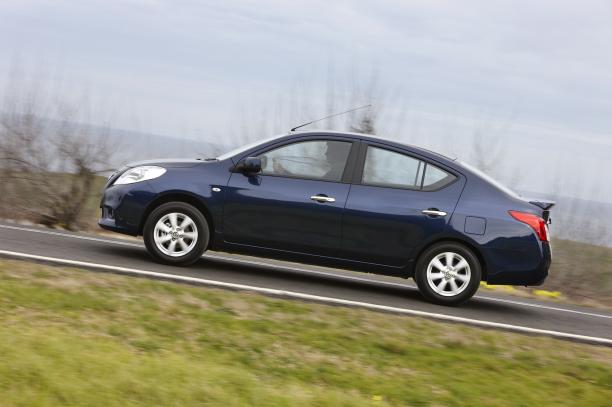 Nissan Almera 2000 on the road 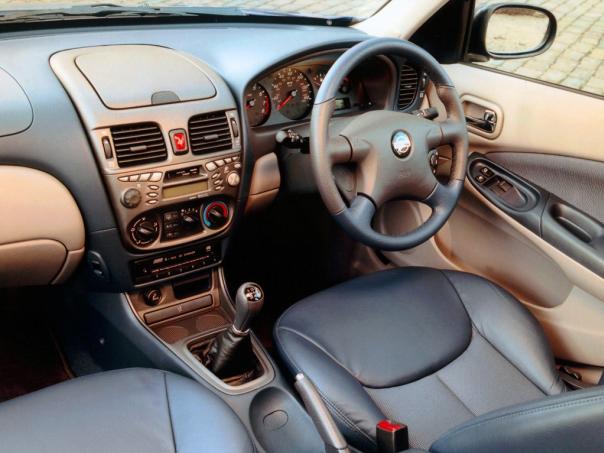 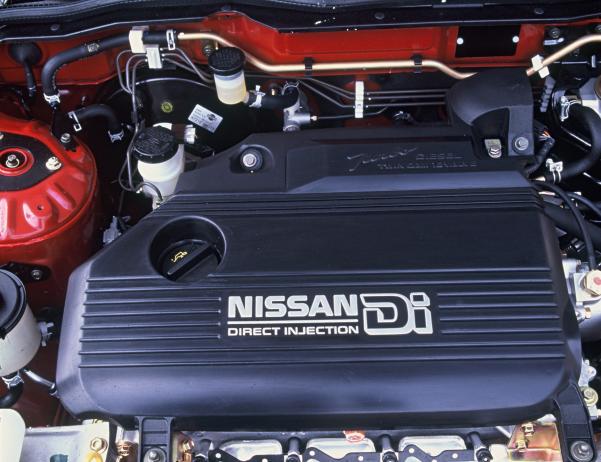 If a car that can combine German interiors, Japanese reliability and French driving characteristics altogether is your dream car, let’s drive home a Nissan Almera.

If the cars like the Honda Civic, Peugeot 307 and the Fiat Stilo couldn’t deliver something like a mini-MPV style, the Nissan Almera boasts the power to convert. For the last words, Naijauto.com truly hopes that our Nissan Almera 2000 review will be a great encouragement for you to get home a Almera 2000 to be your best partner on every road.

How much is 18 seater bus in Nigeria? Toyota HiAce vs. Nissan Urvan comparison review (Update in 2020)