Since 2002 to 2009, despite 8 years passed, the Mercedes-Benz E-Class received minor improvement in its design. And the 2010 model came, bringing the lineup refreshment after a lengthy period.

For this reason, Naijauto.com will take the honor to bring our readers, especially Mercedes-Benz fans a very interesting article for one of the most sought-after models in the E-Class - the 2010 Mercedes-Benz E350 review. We hope that this article would be an inspiration for you to give this expensive yet worthy car a greater love. 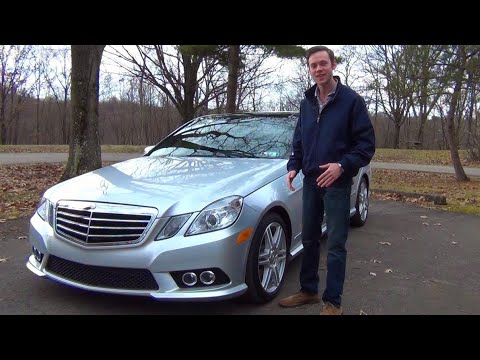 The 2010 Mercedes-Benz E350 exterior comes with a blended style between the theme of a classic Speedster and a modern C-Class with flared rear arches. The E350 comes adorned with quad headlights and feature a sharper shape (a bit like the Lexus GS) which bring a neat exterior.

Unlike C-Class models, the E350 is decorated with only one grille, along with the traditional 3-pointed star hood ornament. The standard front fascia is lower and the wide air intakes are highlighted by twin driving lights.

>>> Also take a look at other Mercedes-Benz models’ review on Naijauto.com:

The 2010 Mercedes Benz E350 interior still features an outstanding cabin following the themes of other smaller models in the C-class, excepting for the gear lever that is still put on the steering column.

The car boasts a 4-spoke comfortable leather-wrapped wheel. Besides, it also has convenient and supportive 14-way power seats. The kit of standard features also includes a fresh Command system with a 7'' screen and dual-zone climate control.

The car also has convenient and supportive 14-way power seats

Additionally, accompanied with this luxurious German car is an expensive and lengthy list of state-of-the-art features. Let's take a look at our table below:

Especially, if you have a bulging wallet, you can get the most expensive option for your Mercedes-Benz E350 with the V8 382-hp engine.

The range of the 2010 Mercedes-Benz E350 engine is available with different versions. The base E350 is provided an optional 4matic all-wheel drive and is powered by a 3.5 L V6 powertrain. The engine is capable of dishing out 268 hp and 350 Nm of torque, works in a conjunction with a superb 7-speed automatic gearbox of Mercedes, supporting to boost the engine to boost the 3,979-lb car to get 60 mph in a neck-snapping about 6.5 seconds.

All versions of the E350 2010 have Agility Control suspension system with selective damping. Meanwhile, the base ‘Luxury’ package models come equipped with 17’’ wheels with touring tires.

The base E350 is provided an optional 4matic all-wheel drive and is powered by a 3.5 L V6 powertrain

To judge, that speed is not quick, particularly when the Audi and BMW come with 6-cylinder engines which can crank out around 40 more horsepower each and are much speedier than the E350. However, when it comes to the fuel efficiency, the E350 shows a good performance with 17 mpg on city roads and 24 mpg on the highway, for the rear-wheel-drive version.

In general, the 2010 Mercedes-Benz E350 4matic offers a nice ride and receives good feedback in both wheel control and steering weight. The steering is not very much present, obviously, but the car reacts very well to the inputs, and is very neutral in its habits.

In general, the 2010 Mercedes-Benz E350 4matic offers a nice ride and receives good feedback in both wheel control and steering weight

>>> View all cars for sale at attractive prices in Nigeria

In a comparison, the Jaguar X and the BMW 535i may be stronger and have a price tag of several thousand dollars higher. In driving experience, the Bimmer may be heftier and the XF may be quieter. But the truth is that none of them can match what the supercilious three-pointed star can deliver. Mercedes-Benz convincingly beat these cars, apart from the V6 model which prevent the Mercedes-Benz E350 2010 from becoming the perfect mid-size sedan. For the final words, we hope that all we have mentioned before in our Mercedes-Benz E350 2010 review is sufficient for you to get a better understanding of this excellent sedan and drive home a three-pointed star car with your pride.

The truth about the Mercedes-Benz GLK 350 model [A review by 234Drive x Naijauto.com]