Lexus cars have proven to be the best alternatives to common mid-luxury class sedans in the Nigerian automotive industry.

What makes Lexus stand in the top position in Nigeria is the fact that it is very affordable to buy and maintain. That is why I want to introduce you to the Lexus GS today.

The Lexus GS 2005 - 2012 is the best GS that you have ever noticed. In the meanwhile, the Lexus Aristo S190 is a mid-size luxury sedan that nobody talks about because it doesn't have any direct Mercedes or BMW competition in Nigeria. In addition to that, its production recently got cancelled by Lexus.

The 2005 - 2012 Lexus GS S190 is the greatest Lexus GS ever and that is what I would be focusing on for this article. Nevertheless, the GS model has been cancelled from the available and affordable Lexus luxury cars for sale all over the world. Now, let's come to read the Lexus GS 2008 review and other third gen models in Nigeria.

The Lexus GS is an executive car by Lexus that has been in production since 1991. The S190 is the third generation that showed up in 2005 and got attention from Nigerian car buyers from around 2012.

The three generations of the Lexus GS

The Lexus GS S190 has a signature quad headlight and taillight design that made this car immediately stand out amongst all its rivals. On the sides of the Lexus GS, you will notice a muscle car feel towards the rear. The Lexus GS wraps up with a fastback design that brings out the overall sporty design of the car.

Observe the fastback profile of the Lexus GS

In 2008 the GS was revised to look even sleeker. The grille and wheels were redesigned, the infotainment was revised and turn signals were embedded within the side mirrors.

This car sits on either 18 or 17-inch wheel setup with run-flat tyres being an optional feature mostly for the hybrid variants.

The interior screams upscale luxury because of how warm and pleasant its design looks. You will immediately notice wood finish on the steering wheel, centre console and the door areas which will leave that luxury statement in your mind. In addition to this, the interior and trunk space are large.

The seats are covered in leather upholstery and they are very comfortable. The interior space is large enough to accommodate up to 5 passengers although the headroom makes passengers complain. The GS is shaped like a sports car so it has a sloping roof that reduces the headroom for the passengers.

The rear seat is also comfortable and large

One of the most outstanding features of the Lexus GS S190 is the 7-inch infotainment display which is connected to a 10-way speaker. There is an option for a Mark Levinson premium audio system and also a voice-recognition navigation system.

The trunk carries a lot of things

Overall, the interior was built with standard quality materials that would stand the test of time come rain come sunshine.

There is also a hybrid engine available in the S190 line-up; the Lexus GS 450h. It combines a 3.5 litre V6 with an electric motor. The Lexus GS comes standard as a rear-wheel-drive car which makes it very fun to drive. Moreover, the sedan is also offered with an optional AWD system.

I have driven a Lexus GS4630 and I was highly impressed by the acceleration and handling. The GS S190 models drive can be described to be 'a big sports car'. This means the car takes time to achieve what a Lamborghini will achieve but it will surely wow you eventually.

The Lexus GS can also be easily customized

The way it is built also gives it a very good weight distribution which aids the ride stability and handling at high speeds. You can confidently speed in a Lexus GS. You will feel safe from every angle of the car.

Other optional features include a rain-sensing wiper, power-rear-sun shades and rear spoiler. Front and rear parking assist and a rearview camera are standard on the GS 450H i.e the Hybrid models while it is optional for the GS350 and GS460.

From the rear, the GS also looks awesome

There is also an optional Lexus pre-collision system that detects collision beforehand then adjusts the chassis for quick steering response, retracts the front seatbelts and decelerates the car. All these just to save you from bashing your Lexus GS.

This is the ultimate proof that the GS was way ahead of its time and many Nigerians never calmed down to understand what the car represented.

The quality detailing wows me all the time

The most common problem of the Lexus GS is the brakes. The Lexus GS with V8 engines suffers this a lot. The brakes need extra attention if you are planning to own one soon. I am not saying the brakes are bad, but they get faulty very often which means you need to always inspect the state of the brakes at least once every month.

Other problems of the Lexus GS S190 include

Price of the Lexus GS in Nigeria

You can see that the Lexus GS 350 price in Nigeria is in the affordable car price range because it doesn't exceed ₦4,000,000.

Why the Lexus GS got discontinued

I didn't speak to anybody at Lexus but I guess that there are two reasons for the discontinuation of the car. Either the model is already so old and needs to be replaced or it is not bringing in the projected/expected revenue for the company.

The Lexus GS got a new generation from the Lexus GS 2013 and it lost its quad-headlight design. It was looking more like a bigger looking Lexus ES350 2012 model which didn't make any sense. It doesn't make sense for anyone to buy the ES and GS Lexus because they looked so much alike and carried the same engine.

It is so obvious

No V8 is available for the GS which made it worse. The Lexus GSF Sport is supposed to be the performance version but it still carried the same V6 engine from the ES 350. People would rather just buy the cheaper Lexus ES350 than the GS350.

You can now see why the Lexus GS 2008 and other third-gen models are the best GS that you have ever noticed. Changing the design language was the biggest mistake Lexus made and even popular car critic. The Lexus GS is available on Naijauto.com at affordable prices.

Here is why Scotty Kilmer wants to buy this same Lexus GS I have been talking about. 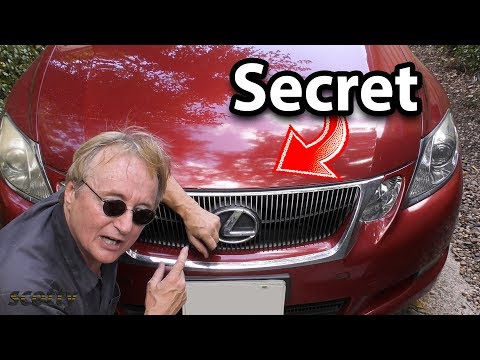 ▶
Why Scotty Kilmer wants to buy the Lexus GS S190

>>> Get brand new, foreign used, and locally used cars on our car for sale section. Do check them out!

>>> Stay tuned to Naijauto.com for more interesting reviews and car price articles like this brought to you by our auto experts.

The number one social media platform for cars in Africa 234DRIVE is now on NAIJAUTO.COM

Crank - the head of content for 234DRIVE is a mechanic/car enthusiast/car vlogger that writes and creates relatable motoring experiences. Whenever he lays his hands on any car, he reviews them in depth. He calls himself the 'Educative Car Guy'.