The Honda CRV 2005 model prides itself as one of the top favorite used cars in the compact SUV class. It is attractive, compact yet very roomy with plenty of ample headroom, rear-seat legroom and spacious cargo that can be widened by folding and flipping the rear seats forward. The car also comes equipped with smart features such as the concealed fold-out picnic table which reveals how versatile and convenient it is. The engine, meanwhile, is beyond sufficient with 160 hp, which is completely capable of towing the Honda CRV 2005 into the beach or even a mountain ski resort.

The car also comes equipped with smart features such as the concealed fold-out picnic table, revealing how versatile and convenient it is

The Honda CRV 2005 also showcases a good fuel economy, albeit more efficient on the highway than around-town driving. The car is also well-known as a reliable tokunbo car as it can remain the value impressively even when its odometer has shown the 100,000-mile mark.

The CRV also showcases a good fuel economy, albeit more efficient on the highway than around town driving

Being the second generation, the Honda CRV 2005 model keeps all of the distinctive features of the original CRV but comes with a more spacious interior, more powerful engine and more stylish design. Although the 2005 model is larger and heavier than the predecessor, its great fuel economy retains and the horsepower is even boosted. These outstanding features are perhaps enough for you to drive home a tokunbo Honda CRV 2005, but wait, read our in-depth review of this admirable SUV and your love for this car will be surely greater.

An AM/FM/CD/Cassette stereo, cruise control and power locks are also equipped in the Honda CRV 2005

Both versions are available with 4WD and armed with a 2.4 L 4-cylinder powertrain combined with a 5-speed manual transmission.

It is attractive, compact yet very roomy with plenty of ample headroom 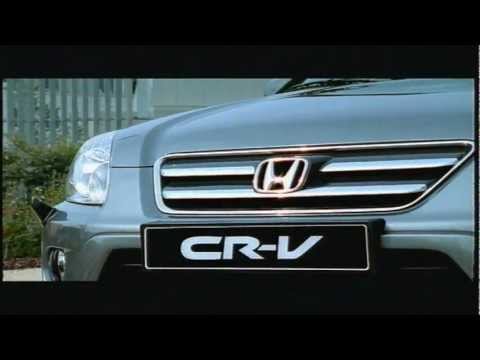 The Honda CRV 2005 engine is only available in one option: a 160 hp 2.4 L 4-cylinder powertrain. Accompanied by VTEC (lift and variable valve timing) technology of Honda, the engine showcases a superb performance, smooth operation and impressive fuel economy. The standard 5-speed manual version is rare in the lineup and it is hard to find as most CRV owners usually choose the automatic variants.

It also has a Real Time 4WD option which is a part-time system that comes with the front wheels slip but no locking low gear or 2-speed transmission is offered, so off-roading is off the table. On the road, the Honda CRV 2005 shows a great balance and confidence.

Although the Honda CRV 2005 model owns a ground clearance just at 7 inches, it still displays an excellent capacity as rounding corners, which is as impressive as a compact sedan’s performance. The steering wheel is very responsive and direct and the automatic gearbox shifts gently with abrupt gear changes and little gear hunting.

Although the Honda CRV 2005 model owns a ground clearance just at 7 inches, it still displays an excellent capacity as rounding corners

The CRV braking system comes quite good but the pedal is likely not firm enough, still feels a little soft. If the car runs on the highways with high speed, you may hear some wind and tire noise creep but it is not annoying.

For the EPA manual transmission, the Honda CRV 2005 drinks 20 mpg in the city and 26 mpg on the highway. These figures for the AWD 5-speed automatic transmission are 20 mpg and 25 mpg, for the 5-speed manual are 19 mpg and 24 mpg, respectively.

There are few, minor 2005 Honda CR V problems were reported. Below are the most common problems we heard from users:

A damaged AC compressor may cause the AC vents do not blow cold air. Typically, when the compressor fails, the scrap is spread throughout the whole A/C system, lead to an expensive maintenance.

Sometimes, the door lock could be sticky or not work as normal, this may be caused by worn-out door lock tumblers. In this case, you need to move the lock and replace the tumblers by new ones.

In 2005, a recall was implemented for a sensor that possibly fails to detect the location of side passengers.

>>> Get more our helpful tips and advice for buying used cars:

When it turns to reliability and resale issue, the Toyota RAV4 is considered to be the strongest rival of the Honda CRV 2005. In 2005, the RAV4 got a stronger engine which is bigger than the CRV’s and in 2006, it appears with a new bigger model with a new third-row seat.

Another strong candidate of the Honda CRV 2005 is the Ford Escape which has an equal roomy interior to the CRV but as comparing the repair history and resale, the Escape seems to be a little bit fragile.

Some may not consider the Mitsubishi Outlander is also a rival of the CRV but in fact, it is good enough to compete with the CRV as it comes with a number of same features but at a lower price. The reliability and repair of the Outlander is also quite good.

The next one is the Subaru Forester. The car doesn’t provide spacious cabin space, especially the back seat area is quite cramped. However, it comes with the enduring all-wheel drive, reliability ratings, equally good resale and a turbocharged engine option. However, the Forester will probably be more expensive than the CRV, and its 2.5-L scooter engine has earned a well-deserved reputation for blowing head gaskets about 100,000 miles.

Please consult the table below for the latest tokunbo Honda CRV 2005 price in Nigeria. We also include the prices of the Honda CRV of other model years for your further information.

All are considered, we believe that all variants of the Honda CRV 2005 are great choices for you. If fuel economy is your top concern, the SE and the EX with all-wheel drive will be our recommendation. They are also equipped with standard VSC traction control and stability, accompanied by side curtain airbags, making them are the best choice for resale, safety, features, and comfort.

Naijauto.com hopes that our review of the Honda CRV 2005 model has given you a comprehensive overview of this much-awaited crossover from Honda.

>>> See all the Honda CR-V for sale in Nigeria