What do you know about a Honda Accord? A 4-door sedan or 2-door coupe? Well, they’re not all. Actually, the Honda Accord is also available in a version like a 5-door hatchback dubbed the Honda Accord Crosstour 2010. The car was born to be a refreshment in the lineup and a bridge to combine agility and fuel efficiency of a sedan with the spaciousness of a crossover. It is said to be a typical model of Honda with high gas mileage, smart features, comfortable driving and good handling capability.

For these reasons, Naijauto.com decided to take a closer look to this fresh flavor of Honda with an in-depth Honda Accord Crosstour 2010 review. We hope that our beloved readers will give us a great appreciation.

For starters, the shape of Crosstour is not an interest for many and its hump-backed rear appears a bit awkward from many angles.

For starters, the front fascia carries recognizable features of Honda including a glossy chrome grille and swept-back fenders and lights. Moving to the rear, the Crosstour has a compact and stylish cargo which is different from most of boxy and bulky crossovers on the market. Actually, it looks greater in real life than in photos and the tail looks more slender and aesthetically pleasing. 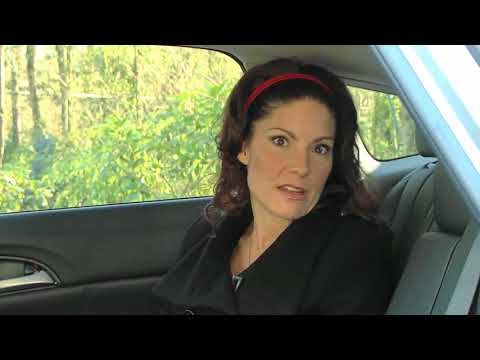 Stepping inside, the Honda Crosstour 2010 interior comes adorned with a familiar instrument cluster and dashboard like the Accord sedan. A big tachometer and speedometer are defensed by smaller temperature and fuel gauges, along with a display screen placed at the center.

In general, the Crosstour 2010 is said to have comfortable seats with a great cowl height which can make you forget that you are controlling something. Both the driver’s seat and the rear seats are pleasing with generous space. The latter is capable of housing up 5 adults with comfort. Besides a number of bins, shelves and boxes at the front, the carmaker has tried to give the Crosstour more convenience with back-seat fold-down levers, a hidden washable box placed below the floor and a cargo light.

The cargo space measures 25.7 cubic feet with additional 1.9 in the hidden box and 75.5’’ if the back seats are folded. Although the Crosstour offers more cargo space than its cousin sedan, it still can’t go head to head with other wagons in its class.

The cargo space measures 25.7 cubic feet with additional 1.9 in the hidden box and 75.5’’ if the back seats are folded

The interior is made of good-quality material as other Honda models with some additional luxurious touches. The car is provided with a quite sufficient package of standard features consisting of and an outside temperature indicator, dual-zone automatic climate control, cruise control, a 7-speaker stereo, a moonroof and a 6-disc CD changer.

Some other features are also available such as a navigation system, a power-adjustable seat for the driver with memory settings, heated front seats and leather-wrapped seating

Under the hood, the Honda Accord Crosstour 2010 engine is available in a 3.5L V6 which is capable of cranking out 271 hp and 344 Nm of torque, works in a conjunction with 5-speed automatic transmission.

Speaking of the Honda Crosstour 2010 fuel economy, the two-wheel-drive version drinks 18/27 mpg on city road and on the highway respectively. The gearbox is designed to maximize fuel economy, so it often decelerates two gears on bluffs, but the Crosstour never feels powerless.

Like the sedan model, the steering of the Crosstour is light but responsive. There are more steering ratios offered, which can cause a bit deviation of the accuracy. In overall, the ride is evaluated to be quite smooth and comfortable but its handling capability seems to be a drawback.

In overall, the ride is evaluated to be quite smooth and comfortable

If you are going to buy a Honda Crosstour 2010, take a look at our table for the Crosstour prices in Nigeria. We also include the prices of the Crosstour for other model years for your further information:

All are considered, the Honda Crosstour 2010 is a good choice for those who are seeking a car that can be nimble and fuel-efficient as a sedan yet roomy as a crossover. Let’s consider and drive home a Crosstour to enjoy your journeys. This Honda Crosstour 2010 review is brought to you from Naijauto.com.