Overview of Honda Accord Anaconda 2015

From when its production started in 1976, the Japanese automobile giants did not fail to consistently delight consumers with the different body designs and editions of the Honda Accord series. Ranging from hatchbacks, wagons, and coupes, the Accord label has been applied to an assortment of cars globally.

Now, predominantly a midsize sedan known for its top-of-the-class features and excellent fuel efficiency, the Honda Accord maintains its place as a top-selling model for more than 3 decades. The Honda Accord Anaconda 2015 belongs to the 9th generation of the Honda Accord family.

It is no doubt that the Honda Anaconda earns top honors for its well-rounded combination of design and engine power. Its sleek navigation and stunning anterior look probably earned it the name Anaconda. And you only enjoy nothing less of a rewarding experience with ample head and leg room in both the front and rear compartments of the car.

Though the hood houses the volume-selling 4-cylinder engine, the car impresses with a power train that shows off with a spur from 0 to 60 mph in 7 seconds, together with a 31 mpg fuel economy EPA rating. The Hybrid version, however, comes with a fuel economy of 47 mpg. V6 models are also available.

Considering the features that come with even the base model, the manufacturers are quite generous. With iPod or USB integration, dual-zone automatic climate control, and a rearview camera, we conclude that the Anaconda offers more value than most cars produced in the same year.

Here at Naijauto.com, we bring you the most comprehensive reviews of the cars you love the most. Read on to find out why this beautiful car received so many accolades. By its exterior design that went ahead of time, the Honda Accord was a soul-stirring choice for car enthusiasts

Trims of Honda Accord Anaconda 2015

The table below shows the trims that apply to each version, which will be further explained later in the review.

Exterior & Interior of Honda Accord Anaconda 2015

The 4-cylinder LX trim features 16-inch wheels. The LX-S, EX and EX-L models come with 17-inch wheels. While the Sport and V6 coupe trims are equipped with 18-inch wheels.

Generally, the 2015 Anaconda has a high aesthetic appeal with perfectly aligned contours at the upper and lower sides of the doors. The EX-L V6 with Navigation and Touring sits on top of the pack, adding LED crystal headlights and heated mirrors (which can also be found on the EX trim) to its exterior. 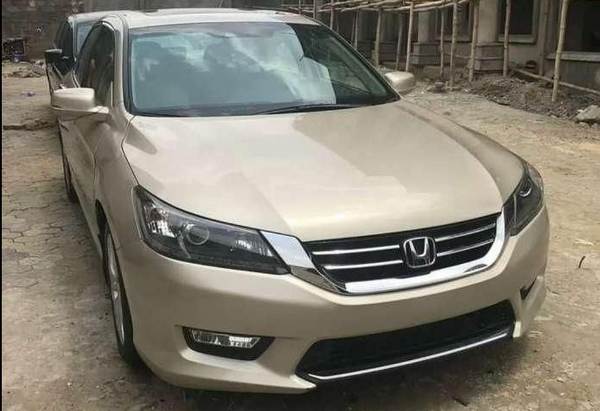 The appeal of its front wins the love of car enthusiasts

On the middle-top of the dashboard sits an 8-inch screen which displays a variety of information, depending on what features the trim has. From the EX-L trim and above, the dash is also equipped with an additional (touch screen) display which replaces the tactile buttons. The interior looks and feel sophisticated and elegant, and the materials used are generally of premium quality. 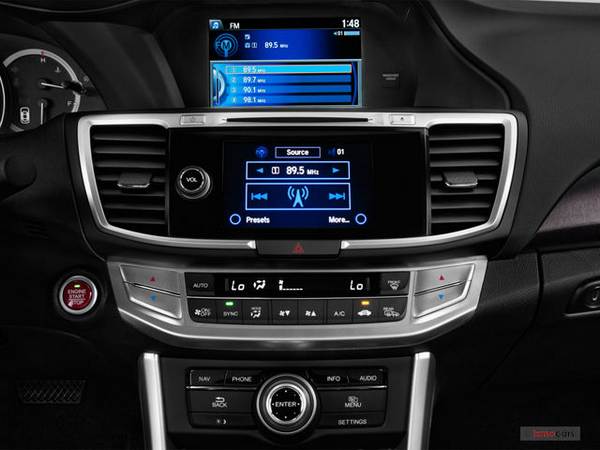 >>> Read this if you share the same concern: Is the Honda Accord to be discontinued?

Engine, Performance, and Fuel Economy of Honda Accord Anaconda 2015

Given its powerful engine options, smooth drive and excellent handling, the least we could say is that the performance of the Honda Accord Anaconda 2015 is satisfying. All trims of the Accord 2015 are front-wheel drive, and the base model comes with a 2.4L engine which boasts 185hp and 181 pound-feet of torque (189hp and 182 pound-feet in the Sport trim) while 3.5L V6 engines crank out 278hp.

The Anaconda is lauded for its impressive jump and excellent maneuverability. Its average time to reach 60 mph from zero is 7.8 seconds. The handling and braking, however, has been criticized to compromise its impressive acceleration and quickness. But consumers will rather ignore those cons because of its fuel economy and engine power.

The combined fuel economy of the Anaconda 2015 base model is estimated at 31 mpg EPA. If fuel efficiency is one of your major concerns in buying an automobile, you may want to consider the hybrid fuel options which boast an impressive EPA rating of 47 mpg. 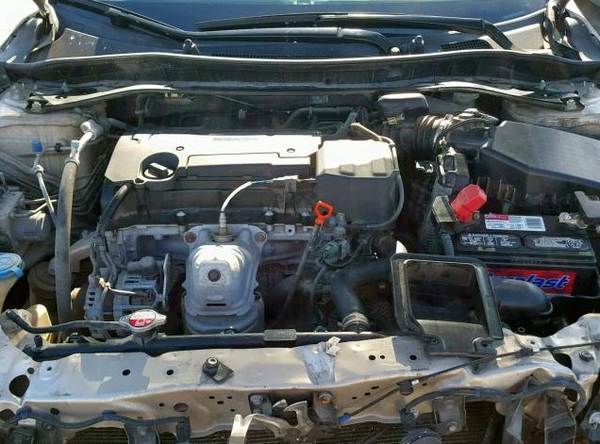 Two options for the engine include a 2.4L unit, the other 3.5L

>>> Every car has to deal with problems with time, check out this article on Tips on how to maintain used Honda Accord

Specs of Honda Accord Anaconda 2015

All Honda Accord Anaconda 2015 trims come with the standard features while other features are either replacements or added upgrades to higher trims. Below is a table that shows the general specs of each trim. Check out!

Standard features on all trims:

Safety of Honda Accord Anaconda 2015

The American Government crash testing gives the Honda Accord Anaconda 2015 5/5 in general and side-impact safety but reserves one point (4/5) when it comes to the head-on collision. Notably, the coupe earned full points in all safety tests.

The Honda Anaconda features anti-lock disc brakes, frontal and side curtain airbags, a rearview camera, and traction control by default. Upper trim models add perks like the lane departure and frontal impact warning. From the EX trim and above adds the blind-spot feature automatically switches to display a wide-angle ground view of the passenger side when the driver engages the right-turn signal.

This is a midsize sedan for the average family and business folks. It is a vehicle that can handle the day to day hassles that come with busy roads and distances that are quite a stretch. It offers a fun experience when it comes to hardline driving due to its power and torque. 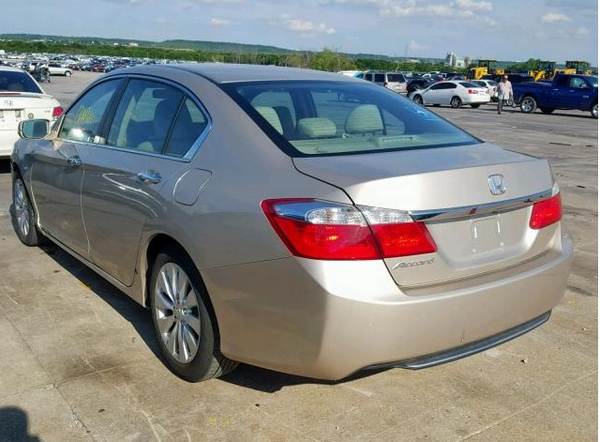 The Honda Anaconda 2015 is a quintessential family sedan

Prices of Honda Accord Anaconda 2015

The new Honda Accord Anaconda 2015 is available at The Honda Place and other accredited Honda dealers nationwide. The prices are expected to be from 10 – 15 million naira.

The fairly used ones of the Honda Accord Anaconda 2015 is also sold in various brick and click stores.

You can opt for Nigerian used Honda Accord if you budget is tighter.

>>> See all the price lists of Honda cars

When something gains a nickname, it must be for neither bad or good fame. Thanks to the strong reputation it has been building throughout the years, the Honda Accord has become one of the top favorite models among Nigerian car enthusiasts and been widely known as the Anaconda in the country. Worthy of note, the car has recently won the AutoWeb Buyer’s choice best car of the year award.

Hope you enjoy our reviews on the Honda Accord Anaconda 2015, and also check out more reviews here!

Oluwafunsho's rare interest in automobiles, for what happens both under the hood and inside the cabin has earned him extensive practical knowledge on a range of vehicle brands and models.

A research writer who markets his skills globally, he works with industry professionals to manage content across a range of niches including automobile, business, finance, telecoms, and travel.

A few companies he manages content for include WhichPortableAC.com, The Fat Taxi Istanbul and SAAT Specialty Coating Solutions.

Review of Honda Bulldog features and prices in Nigeria

Latest update on Honda Accord 2008 price in Nigeria

2015 Honda Accord for sale in Lagos