One day Volkswagen chairman of the supervisory board Ferdinand Piech had a dream: to make a car that could produce 1000bhp, exceed 400km/h (250mph), and be sold at a million euros. It may sound insane to most, but to Piech’s mind, not something impossible. 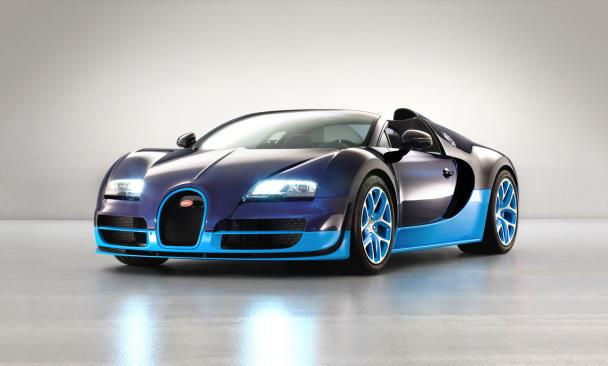 It costs a staggering 95% of the components being modified, re-engineered, or both for Veyron to make itself reality

By 1999, the initial styling and engineering came, proposing an 18-cylinder engine. By 2000, the plan seemed aborted and the too large engine had been reduced, but just one year later Volkswagen decided they are actually going to build the Veyron with 987bhp and could do faster than 400km/h. Then a long story began.

The Bugatti team had a lot of tough trials and errors to make the Veyron reality, but 3 years had passed and they are still in the middle of nowhere in the process. Volkswagen then replaced Veyron senior members, including the chief engineer and president. It costs a staggering 95% of the components being modified, re-engineered, or both for Veyron to make itself reality with all the original specification targets being hit.

It is not an overstatement to say the Veyron is a designing wonder. It is a beautiful insect-like machine on 4 enormous tires, with a weirdly large number of scoops along the fanks and across the roof, and prominent on the nose is a badge reading ‘Bugatti'.

Unlike ordinary brands, launching a new version of Veyron takes more than upgrading the power or pulling the roof off. This is the case for Super Sport, the fastest version of the world’s fastest car. It is virtually a brand new car with everything is redesigned, re-engineered, or both, from the 16.4 version.

Asides from the upgraded power and torque, cooling ducts have been added under the headlights and by the NACA ducts on the roof. The A-pillars have been narrowed from the standard version to significantly enhances the front visibility, which definitely thrills speed lovers. 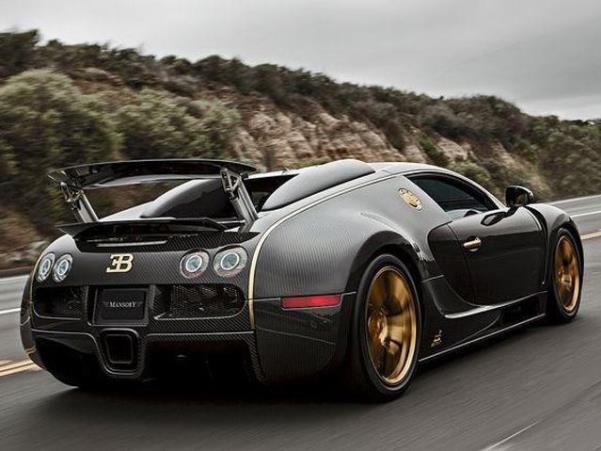 Instead of using fixed roofs, Bugatti incorporates an umbrella-like, carbonfibre soft roof that can be convertible and kept in the cabin and employed when the need arises.

In 2010, the Bugatti Veyron Supersport was born, completing the range as the topper. It gets an additional 198bhp which allows it to reach 268mph. The price tag was outrageous at over N950 million.

The Bugatti Veyron 2018 calls for no special physical effort to climb in, as normally seen in other (so-called) supercars.

As the beautifully crafted aluminum handle is pulled away, wide opened in front of your eyes is a like-no-other cabin. Throw your self into the seat, feel the comfortableness brought from posh carbonfibre and leather. 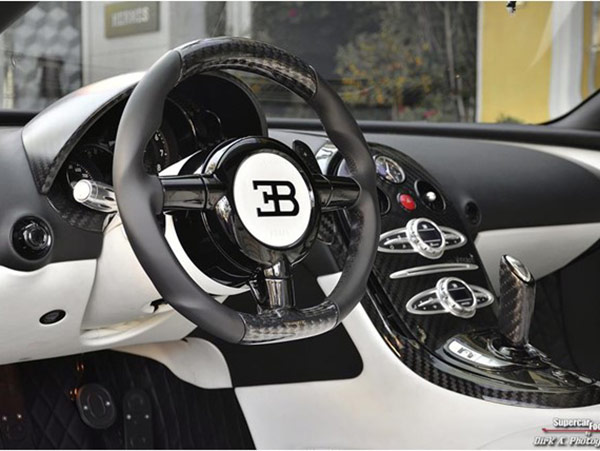 All the interior features are designed to be rather small and very elaborate, yet creating a sensational overall look

Magnificient is the one-piece aluminum console, which is said to cost no less than N8 million each. The drop-top Grand Sport Vitesse is composed of an even more expensive, intricate unit, made out of lavish carbon fibre and titanium.

All the interior features are designed to be rather small and very elaborate, especially the speedometer, yet creating a sensational overall look. 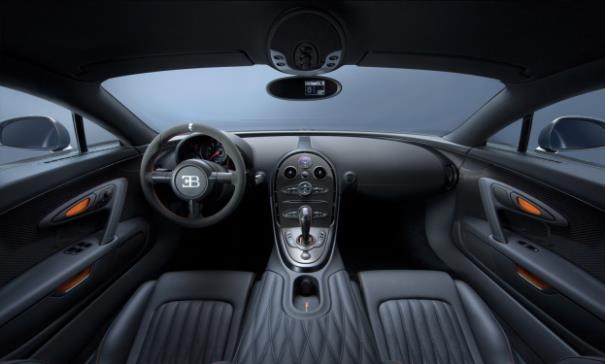 Humbly speaking, the luggage space is a bit cramped, but is compensated by the more than generous cabin space.

>>> Suggested for you: Bugatti to recall its $3 million Chiron hypercars worldwide

It’s pointless to list what equipment the car offers as you can have, virtually whatever on earth you've ever wanted from a car, except for rear seats. The Veyron maker has caught up with the trend when located its reversing camera display within the rear-view mirror, an increasingly popular location. The Vitesse incorporates spoiler which is mounted on the windscreen to ensure the driver and passenger emerge as flawlessly dressed as they were when setting off. 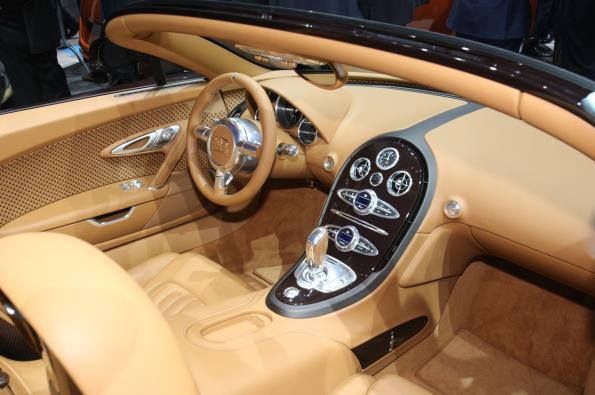 The Bugatti Veyron 2018 treasures sensational performance capacity that stuns even the most experienced motoring journalists. It effortlessly reaches 60mph within just 2.46 secs, and takes merely a couple of seconds more to reach three figure. 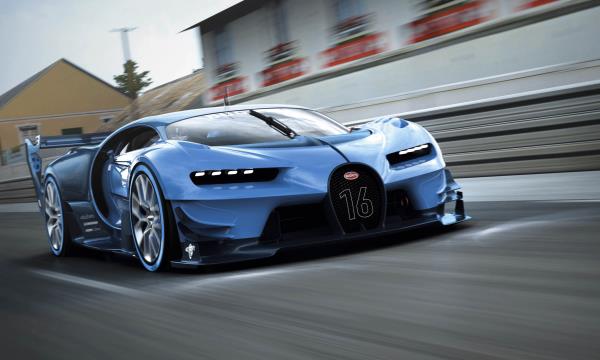 As much advantaged as other FWD models are, the Veyron is free from all wheelspins. Despite being one the most expensive wheelers on earth, it remains kind of noisy, which is can be a dealbreaker, given how demanding quality anyone would expect for a car of a similar price tag. Luckily, its unprecedented acceleration ability doesn’t disappoint a driver. Heart-stopping, mind-bending might be not strong enough words to describe it.

Roof off, the Grand Sport’s engine is even more impressive. Within 2.7 sec, it soars from 0 to 62mph and reaches a top speed of 253mph with the roof being in place, breaking all car speed records ever made.

Despite weighing nearly 1900kg and engine-wise stronger any modern F1 car, the Bugatti Veyron 2018 isn’t that reliable on rough roads. However, it does an impeccable job of handling, stopping and steering.

The most impressive nevertheless, is its amazing calmness over the most difficult surfaces. Bugatti claims the Veyron is no less drivable than a Bentley, and it proved itself as such. The moment you hold the steering wheel, you notice how smooth the ride is. 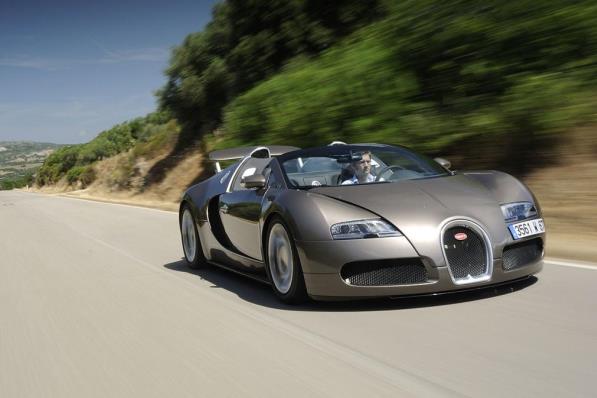 The moment you hold the steering wheel, you notice how smooth the ride is

The Grand Sport and Grand Sport Vitesse version really handle. While VW let the coupe deliver softer damping, arguing that roadster driver will want a smoother ride, given the precision and the excellent agility at speed, the impression the Grand Sport creates is doubtless.

Despite being named as the world’s fastest car, the Veyron Super Sport is not that intimidating on the road. The steering feels accurate and the ride is seriously supple, but most other sports cars may deliver quite the same impression.

To be brief of what the Super Sport is able to do on the track, it is a cruiser with impeccable traction, excellent grip, and outstanding body control.

The Bugatti Veyron 2018 has rewritten what can be expected from a motor car. VW and Bugatti deserve admiration for 1) having the guts to make such a wild creature in the first place and 2) summoning the engineering elite and commitment to build it.

But the Bugatti Veyron 2018 is in no sense a perfect creature. Despite its gigantic performance and the delicate look, it lacks something more emotional that people would seek for in similar sport cars. Bugatti may argue that it is not what they meant to. Veyron is born to challenge the stopwatch so emotional involvement is no more than trivial matters. And as an engineering masterpiece, it will remain unparalleled for years ahead, maybe forever.

Check out the below for Bugatti Veyron price list. Please note these are base prices, excluding taxes and delivery:

>>> View more reviews of supercars and hypercars on Naijauto.com