So sad that the wedding invitation card had to be used in tracing a medical doctor who recently died in a ghastly car crash before his wedding. Read more!

Many Nigerians on social media expressed sadness after hearing the news of a young medical doctor who recently died in a fatal car crash just 2 months to his upcoming wedding. The particular saddening part of the news is the fact that passersby had to use his wedding invitation card found inside his crashed vehicle to identify and trace his family.

According to official press reports, this incident occurred on Friday 12th of February 2021 along the popular Port Harcourt – Aba expressway. All the current details of the crash are sort of sketchy but most sources claimed that the deceased doctor tried to avoid hitting a particular pedestrian when his car digressed off the main road and eventually crashed. It was also sadly reported that the young doctor happens to be the only male child of his immediate family.

Just as you can see in the above photos, the traditional wedding of the late medical doctor was supposed to hold on Tuesday, April 6 while his white wedding ceremony was scheduled for Saturday, April 10 in Enugu State.

In other news, a truck conveying animal feed recently collided with a moving train in Lagos. The bizarre incident was said to have occurred around Mofolasayo Drive on Jonathan Coker Road Level Crossing in Iju-Ishaga, Lagos. Below is a press report video that contains clips taken from the scene of this “strange” accident. 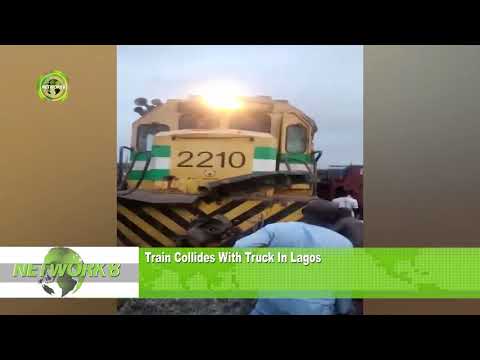 TRAIN COLLIDES WITH TRUCK IN LAGOS