Tragedy struck last Friday when two motorcyclists were killed after ramming into a Leyland truck on Abeokuta-Ibadan Road. See more!

From a fresh traffic report getting to us, two motorcyclists were tragically killed last Friday night when they were crushed by a truck in a horrific crash along the Abeokuta-Ibadan Road.

It was also believed that the unfortunate incident that claimed two lives involved a Leyland truck and two motorcycles near Forte oil filling Station around Kotopo in Odeda Local Government Area of Ogun State.

Mr Babatunde Akinbiyi, who happens to be the spokesperson for the Traffic Compliance and Enforcement Corps, while confirmed this tragic incident last Saturday to the newsmen in Abeokuta, the state’s capital, revealed that the accident was caused by reckless driving and impatience on the part of the okada riders.

Beware of truck! Check out some of the brutal truck crashes in recent times in the video below. 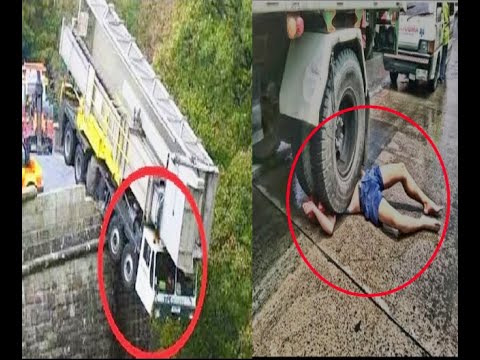 The TRACE spokesperson further disclosed that the two motorcycles and a truck that were involved in this accident were taken to the Aregbe police station in Abeokuta as part of the investigation. He added that the body of one of the deceased had been taken away by his relative while the other corpse had been taken to the morgue of the Federal Medical Centre, Idi Aba in Abeokuta.