The operatives of the NSCDC have nabbed 28 suspects for allegedly stealing crude oil from pipelines in Rivers State. Read full story!

From what we learnt, 28 suspected people were apprehended recently by the operatives of the Nigeria Security and Civil Defense Corps (NSCDC) for their involvement in unlawful oil bunkering and other related crimes in Port Harcourt and other places in Rivers State.

According to the security agency, their operatives were able to confiscate 7 trucks used by these suspected people to transport stolen adulterated petroleum products and oil pipes.

Muktar Lawal, who happens to be the Commandant of NSCDC in Rivers State, revealed this news to newsmen in the Capital, while parading the suspects and the seized items last Monday 1st of March 2021.

According to him, suspected vandalized rail track slippers were on the 24th of December 2020, along the Kok-Kom rail line in Oyigbo Local Government Area of the State.

Other items that were recovered include a Mack truckload of an unspecified quantity of stolen crude oil and two other trucks loaded with Automated Gas oil (AGO), popularly referred to as diesel.

The commandant disclosed that they were to nab the suspect alleged to be involved in illegal oil wellhead theft with the help of the Nigerian Army. The oil wellhead in question is said to belong to the Nigeria Agip Oil Company pipeline. The suspects were arrested at Chokocho community, Ikwere Local Government Area and were handed over to the police command for prosecution.

Illegal oil bunkering has led to many explosions in Nigeria that claimed lives and properties. See one of the tragic events caused by pipeline explosion. 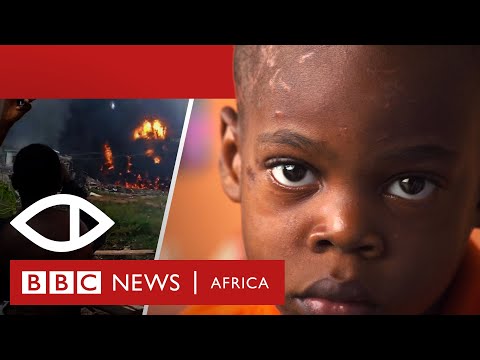 Lawal also revealed that NSCDC operatives from the anti-vandal squad were able to arrest 6 additional suspected oil thieves on the 25th of February 2021, with a truck filled with stolen adulterated AGO in Chiba Obio/Akpor Iga. The arrested individuals according to him are undergoing investigation and will soon face prosecution.

He further expressed his sadness over the rampant cases of oil theft and vandalization of rails despite the efforts of the government to improve the rail system for economic growth and infrastructural development.