By Oluwatobi Ogunrinde
Publish on July 30, 2019

Most Nigeria artistes are known to flaunt their luxury particularly on their Instagram pages, Rudeboy isn't an exception. Find out juicy details about his career, exotic cars, and houses.

Nigerians are yet to accept the famous talented twins, Rudeboy and Mr. P, as separate entities, they believe their favorite duo can still make up and drop another hit. This doesn’t look like a reality, as both artists are currently releasing separate singles and fans are jamming to each one.

Anyway, we have to come to terms with that fact and today, Naijauto updates to you house and car collection of Rude Boy (King Rudy or Paul Okoye).

Along with his twin brother, Peter Okoye. A.K.A Mr P, they released several albums that took the name “P.Square” across Africa. The former duo also featured international artists like TI, Akon, Rick Ross, and Dave Scott. As regards awards, P Square can boast of a shelf full of Headies, MTV Music Awards, Channel O Music Video Awards and a few others, but separately, not so much awards have been recorded. 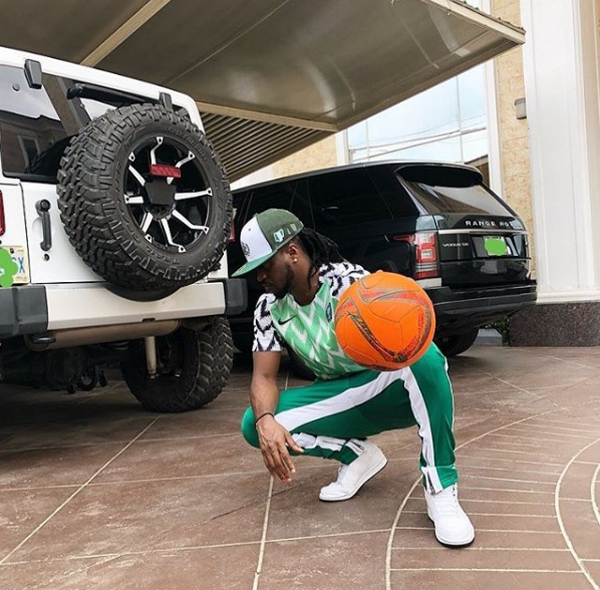 Rudeboy posing near his garage of exotic cars

From Last Nite, Get Squared, to Invasion, their music career skyrocketed, but things took a different shape when they decided to go solo in 2016. The news about splitting had been going on for a while, ranging from managerial issues to the supposed “Wife rivalry” problem. This drastic change, no doubt, reduced Rudeboy’s career pace a little, but he bounced back and released Fire Fire and Nkenji Keke in 2017, Chizoba, Together, and Reality In 2018. Currently, with over 16 million YouTube views in 3 months, Rudeboy’s Reason With Me is topping charts.

Rudeboy is married to the beautiful Anita Isama Okoye, they met in 2004 at the University of Abuja. The 5 year old legal union produced young Andre (born on April 11, 2013 in USA), and the two year old twins, Nathan and Nadia. 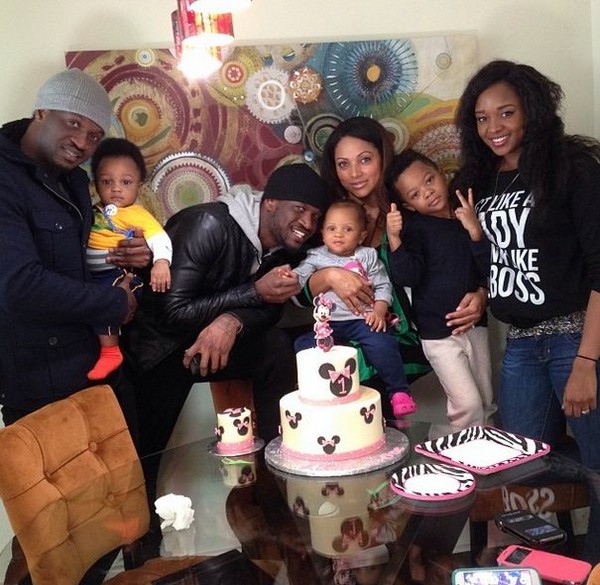 Rude Boy and family is celebrating his daughter's 1st birthday

Rudeboy is worth 5.8 billion naira, he’s currently the 7th richest artist in Nigeria.

As the “famous twins”, P Square used to own houses together. Some exotic buildings in Banana Island, Ikoyi, Lekki, and Omole Estate on Lagos Mainland were jointly owned by the duo. The Omole mansion was a twin duplex, but was sold for about N320 million after the split. Also, a private jet worth about N15 billion was purchased by P Square before the split, we really don’t think it was sold. 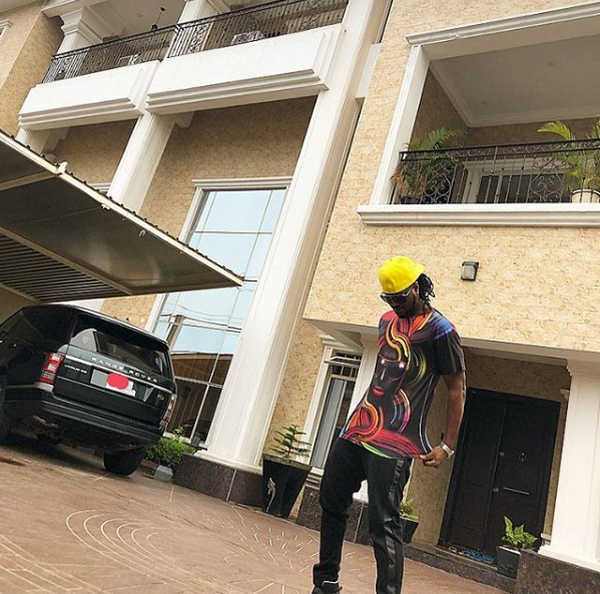 Rudeboy beside his multi million naira mansion in Banana island

As one person, Rudeboy owns a mansion in Parkview Estate, Ikoyi, living up to his popular hit song, Double Double, featuring Olamide and Phyno.

Currently, Rudeboy drives a number of exotic cars, like a Jeep Wrangler, BMW X6, and a 83-million Range Rover Vogue. There's not much information revealed about his car collection, so let's take a look at some pics Rudeboy posed with his automobiles! 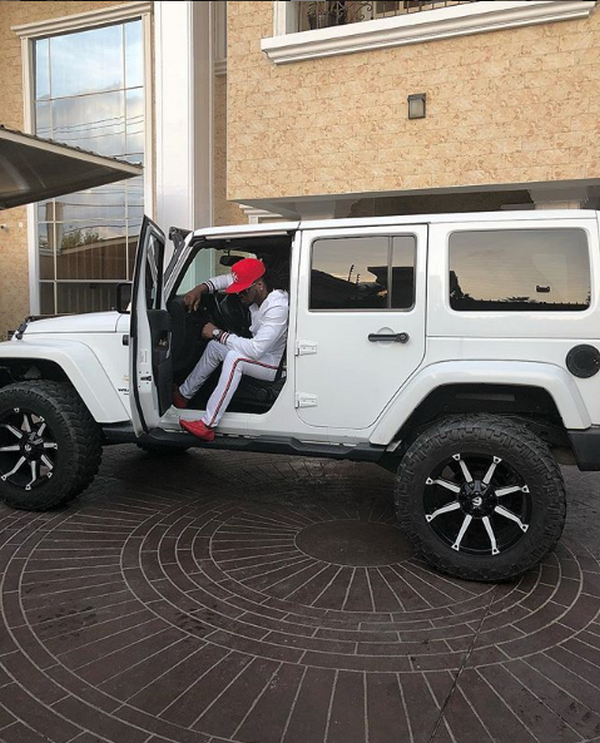 Rudeboy and one of his cars 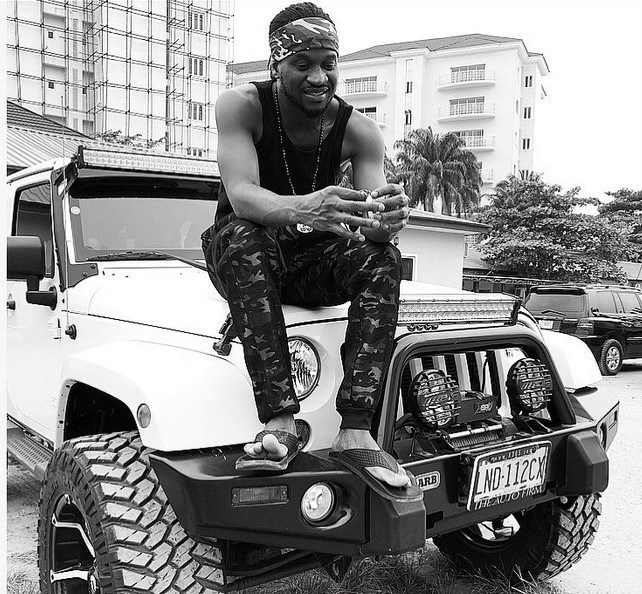 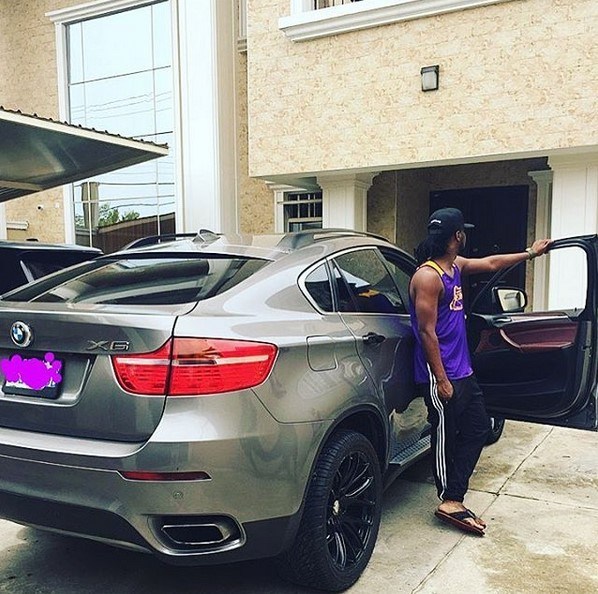 Rudeboy coming out from his 36 million BMW X5 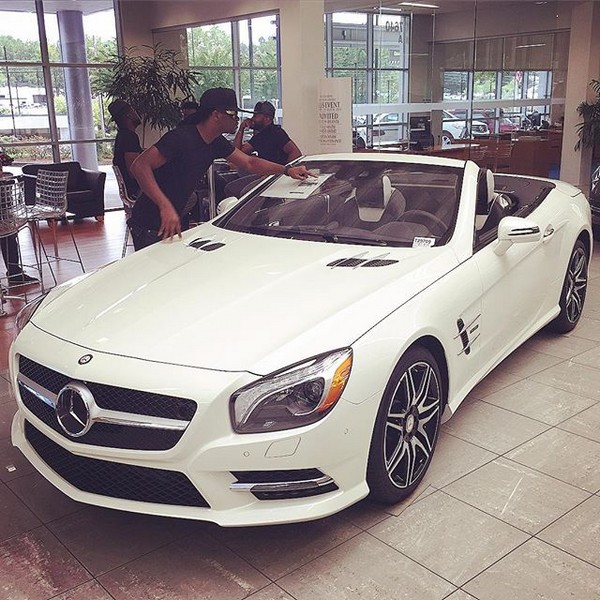 Is Rudeboy going to take this Mercedes home?

>>> Many celeb car collections are available for your reference:

So, it's hard to say whether Rude Boy cars and houses can surpass those of his twin brother - Peter. Many comparison threads have been created in online forums to discuss their wealth and fame since they parted away but no one can tell exactly who wins.

Anyway, it doesn't matter though, because Naijauto.com will update you with latest news around these stars! 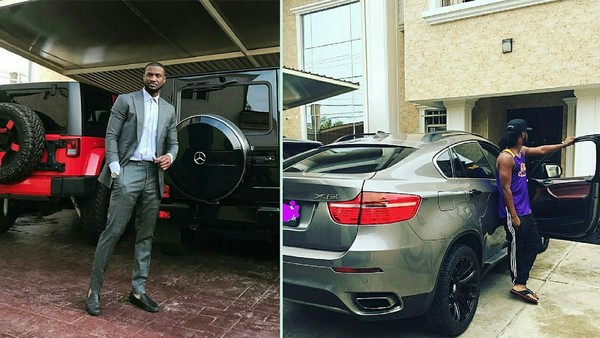 Peter or Paul, finally who wins?