By Oluwatobi Ogunrinde
Publish on December 25, 2019

Purchasing a Lamborghini costs a whole lot, but can Nigerian top celebrities afford it? Find out how many popular Nigerian Lamborghini owners we have on our list!

Ferruccio Lamborghini founded Automobili Lamborghini S.p.A in 1963 and since then, it has been a member of the elite car group. Everyone knows a Lamborghini is only for the super-rich, we're glad to see that some Nigerians can also be classified as "super-rich". A handful of Nigerian celebrities have garages packed full of exotic cars, and Lamborghini's are among them.

Let's take a look at eight popular Nigerians who own Lamborghinis, and other exotic cars of course:

Obafemi Martins is a professional footballer, he played for the Nigerian Super Eagles and AC Milan football club. Popularly called "Obagoal", he scored several goals in his time and you can tell he invested properly, explains why he can afford exotic rides like a Lamborghini. Obagoal is currently married with kids, he's also a businessman, earning billions of naira annually.

Nigerian footballers are especially known to ride enviable sports cars, Obagoal is simply one of the few.

>>> Check his full car collection here: [Obafemi Martins’ cars] – Life of speed both on and off pitch

Daniel Dino Melaye is one of the richest politicians in Nigeria and the most stylish as well. Dino was born on the 1st of January, 1974 in Kano State and he hails from Kogi. Before he was sacked by the gubernatorial election tribunal of the state in late August 2019, Dino was a Senator and a member of the 8th National Assembly, representing Kogi West Senatorial district.

On the 3rd of September, 2019, he lost his bid to become Kogi State gubernatorial candidate for the People’s Democratic Party (PDP). 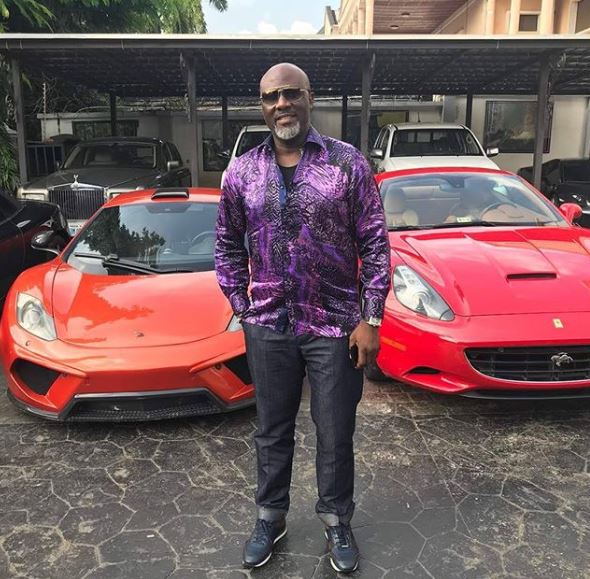 You have no idea how many exotic rides Dino has!

Ayodeji Ibrahim Balogun, a singer, and songwriter was born on 16th July 1990. From the 16-year-old talented teenager who first hit the Nigerian Music Industry with his 'Holla at Your Boy' single, Wizkid has grown to a man who’s recognized by strong brands and Forbes as well. In 2018,  Forbes listed him as The Richest Musician in Nigeria. Ayo Balogun first became a father in 2011, when he had Boluwatife Balogun. In 2016, he had Ayodeji Balogun by another baby mama, then Zion Balogun followed in 2017.

>>> Read more about Lamborgini's: Lamborghini prices in Nigeria – Is it luxury that much? (Update in 2019) 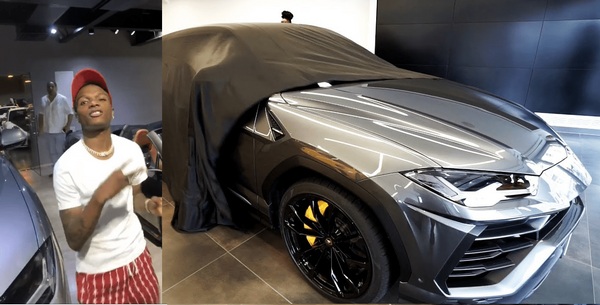 Purchased sometime in 2018, this is just the perfect car for a celebrity of his status.

With over 20 million views on YouTube, Davido's 'Blow my Mind' video is undoubtedly one of the best in Nigeria. David Adedeji Adeleke was born on the 21st of November, 1992 in Atlanta, USA and raised in Lagos, Nigeria. The 27-year-old hitmaker is currently engaged to a Chef, Chioma, popularly known as Chef Chi.

Their Introduction ceremony held on September 2nd, 2019 and we might just have a #Chivido wedding sometime in 2020. Davido already has two daughters from two Baby Mamas – Hailey Veronica Adeleke and Aurora Imade Adeleke. On the 20th of October, 2019, Davido and Chioma welcomed his first son, David Adedeji Ifeanyi Adeleke Jr I.

>>> For your information: Davido house and car is second-to-none among Nigerian musicians 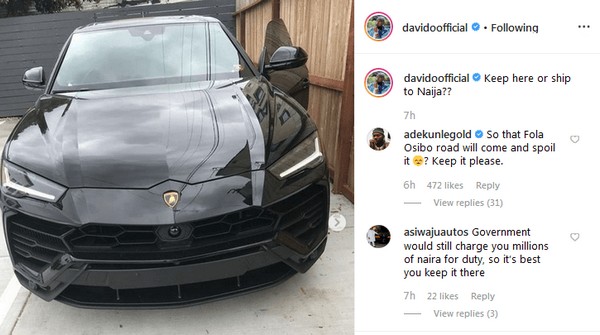 He recently took the DMW Crew on a shopping spree in Dubai, the Lamborghini Urus is just one of his many rides

Chibuzo Nelson Azubuike, popularly called Phyno, was born on 9th October 1986. The typical Igbo musician is mostly known to infuse his language in his lyrics, which is part of what makes him unique. He's popularly known for his hit single, "Father" and "I Pray", featuring Teniola.

>>> More details at: [Photos and video] Phyno cars and house: the secret you might not know 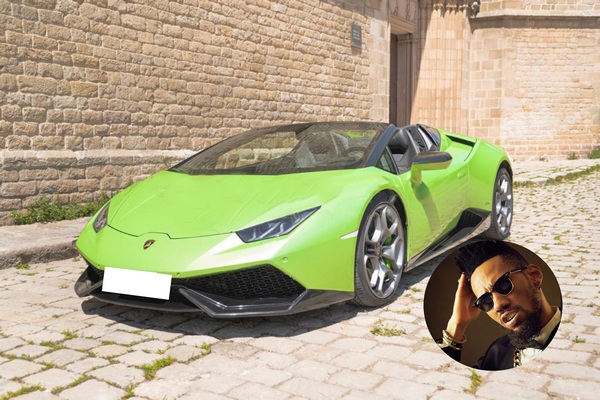 Apart from his Lamborghini, he also drives a Rolls-Royce Phantom and a Polaris Slingshot.

The 59-year-old billionaire politician is married to Regina Daniels, the popular 20-year-old Nollywood actress. Between 1999 and 2003, Ned was a member of the Nigerian House of Representatives, but only became more popular when he married Regina legally. She already has about five exotic cars and even though he hasn't added a Lamborghini to her car collection, she's allowed to ride in his ₦85 million Huracan. 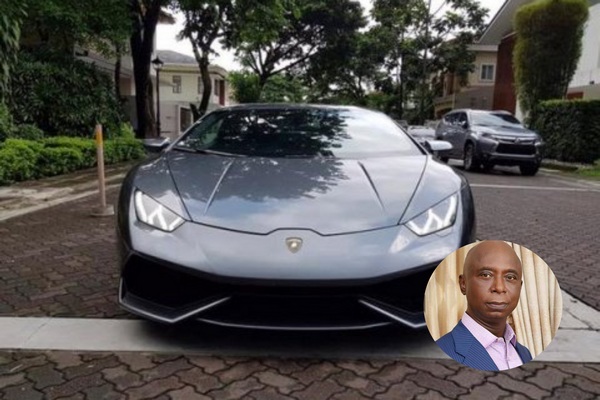 The internet hardly captures Ned himself with any of his rides, his wife does the job for him!

Ismaila Mustapha, popularly known as Mompha is an Instagram celebrity based in Dubai, UAE. He's known to be a Bureau De Change master and enjoys purchasing expensive cars just for the fun of it. Along with pictures of his family, he shares a lot of flashy pictures on his Instagram page, he's also among the celebrities in Nigeria who buy cars "just to take pictures". Recently, he was arrested by the EFFC (Economic and Financial Crimes Commission), for money laundering and other charges.

>>> Look back Mompha's ₦600m car collection, which he may miss the most? 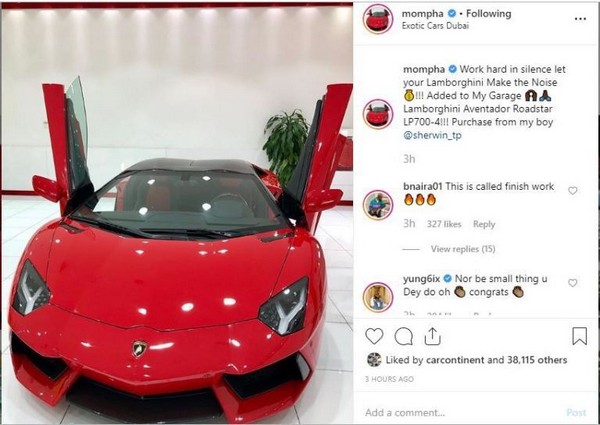 Work hard in silence and let your Lamborghini make the noise!

The "Gelato" crooner is a 26-year-old daughter of Femi Otedola, a Nigerian billionaire. In recent years, DJ Cuppy has been doing more than just using turntables, she has dropped a few singles and doesn't fail to update her car list too. She doesn't just drive a Lamborghini, she's been spotted with a Mercedes Benz McLaren, Rolls Royce, G Wagon and also a Ferrari Portofino. 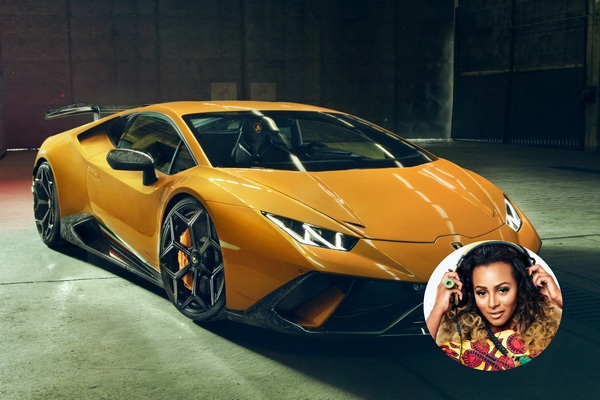 Cuppy is one of the most free-spirited celebrities in Nigeria.