Nasarawa Police command confirms in a new report that it recently recovered a Toyota Camry sedan and other items from a suspected armed robber in Abuja.

Several reports over the past few weeks seem to indicate that car snatchers are currently on “rampage” all over Nigeria and car owners need to be more careful than before. Just a few days back, the police in Nasarawa State confirmed that they recently arrested one Muhammed Gidado from whom a Toyota sedan was recovered in Abuja. The suspect is believed to have been operating as an armed robber and car snatcher for quite some time now.

ASP Ramhan Nansel, the spokesperson of Nasarawa Police command revealed in his public statement that the Keffi police office had initially received the report of a robbery incident from a victim. This report was said to be the tip-off that helped police personnel to apprehend Muhammed Gidado later on. According to ASP Ramhan Nansel, a young man identified as Mohammed Mustapha lodged a complaint at the Keffi police office around 04:20 hrs on February 20. The victim reported that his house was invaded at 03:00 hrs by eight armed men who carted away his black-painted Toyota Corolla sedan with plate number RSH 664 BF, mobile phones and a cash sum of ₦7,800.

The Nasarawa state police say that Mustapha’s complaints prompted its personnel to launch an immediate manhunt that led to the arrest of the Muhammed Gidado and the recovery of the stolen car alongside other exhibits. The state commissioner of police also declared in his press statement that personnel of the state’s command will now intensify efforts in apprehending other notorious car snatchers and criminals.

In other news, the police have finally come out to “clear the air” on rumours claiming that Herdsmen recently attacked Nigeria’s most popular playwright, Wole Soyinka. Below is a recent press video that contains footage of the official police report on the alleged attack. 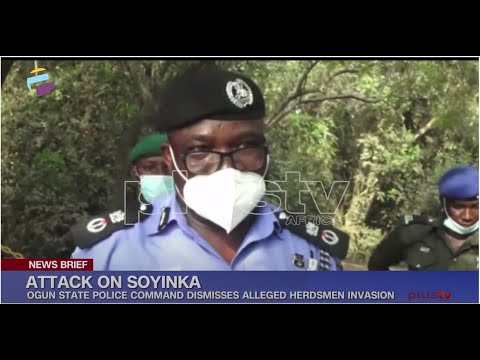