₦135.8m McLaren 765LT razed to the ground just after owner acquired it

What would be going on the mind of the owner seeing their brand new McLaren 765LT burn to the ground at a gas station? Find out here!

One would feel a bit sad for the owner, seeing a rare McLaren 765LT gets burnt to the ground at a gas station in Pennsylvania, United States. Doubt if there is still any hope of redemption for this expensive model.

According to a report, this shocking event occurred earlier this week at the 500 block of Dekalb Pike in Upper Gwynedd at a Wawa gas station. When the men of the Upper Gwynedd Fire Department got to the scene, they found the 765LT burning while it was parked close to the fuel pump.

There was little they could do to help the car despite putting the fire out quickly. The supercar was destroyed by the fire and the images show a molten mess of metal, plastic and carbon fibre. To make matters worse, the McLaren was just bought by the owner and it has only been driven on the road for just 100 miles. Luckily, no casualty was recorded from the fire incident. 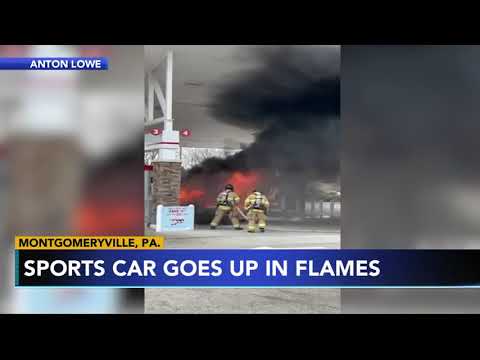 Video captures sports car go up in flames at Wawa

It is a bit tricky figuring out what actually caused the fire. One might say since the fire started close to the fuel pump, it could provide us with the major hint. Still, no one can say if it was a fuel mishap or something else. Hopefully, the owner has a good insurance policy that could cover this expensive calamity that befell a car as expensive as McLaren 765LT.

Just after 1400Hr today UGFD was dispatched to a reported car fire on the 500 block of DeKalb Pike. Chief 80 arrived on...