The FRSC in Anambra recently intercepted a suspected human trafficker along Onitsha-Awka Expressway and rescued 5 female victims from him. See their faces!

Five female victims of a suspected human trafficker recently gained freedom after the FRSC in Anambra State intercepted the suspect's vehicle along the Onitsha-Awka expressway. Florence Edor, the PEO of Anambra State FRSC in a recent public statement confirmed this report as she identified the suspected human trafficker as one 36-years-old man whose name is Frank Lucky.

According to the FRSC statement, Frank Lucky was arrested by an FRSC patrol team on Wednesday 28th of April 2021. The reports also revealed that Commander Ugochukwu Ogbonna led the patrol team that stopped the black-painted Nissan Primera car driven by the suspect and the vehicle was said to be fitted with the plate number BEN 468 HP. The statement claimed that the FRSC boss actually stopped the suspect’s vehicle to charge him for OMD (Obstruction of Marshal on duty) and SBV (Seat Belt Violation). Fortunately, the story got an interesting “twist” when the FRSC team became suspicious of the man upon noticing the five ladies inside his vehicle.

As of the time of writing this report, the anti-trafficking agency NAPTIP has confirmed that the suspect and his victims are currently in their custody while further investigations are being carried out regarding their case. The Anambra State commander of NAPTIP has assured that every person working with the suspect will be arrested as well and they will all be charged to court if found guilty of human trafficking.

Speaking of recent happenings around the country, the EFCC has reportedly arrested popular Instagram comedian Pankeeroy, who owns a garage packed with top luxury cars. Check out this video below to see photos of Pankeeroy's cars and to get the full gist surrounding his arrest. 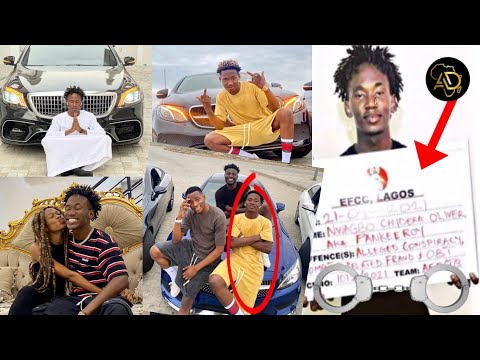