Several cars including an armoured Lexus SUV were destroyed during the recent clash between Senator Okorocha and Governor Uzodinma's supporters. See photos!

Press reports over the last weekend claim that several persons were badly injured during a recent clash between political supporters of Senator Rochas Okorocha and Imo state governor, Hope Uzodinma. Similarly, lots of expensive cars were reportedly destroyed during the heated clash and the windscreen of one bulletproof Lexus SUV also got smashed.

According to press reports, this bloody clash happened on Sunday 21st of February at the popular Royal Spring Palm Hotels & Apartment in the Akachi area of Owerri, Imo state. Before the clash, the state commissioner for lands and his team reportedly went to confiscate the Royal Spring property which is said to be one of Senator Okorocha wife’s investments. Later in the evening of that same day, the Senator allegedly took many of his hardcore supporters to repossess the confiscated property without any legal approval to do so. This “unprofessional” act of Senator Rochas Okorocha reportedly sparked the heated clash which later broke out between his supporters and those of Governor Hope Uzodinma.

>>> In other news: Omoborty sparks controversy as she gifts actor Ijebu a new Range Rover SUV

As of the time of writing this report, the latest model of the Lexus LX 570 SUV comes with a starting price of ₦33 million. This should give an idea of how expensive an armoured version will be especially if it comes with a BR6 ballistic protection level.

In case you are interested in knowing more about the bulletproof version of the popular Lexus LX 570 SUV, check out this video below. 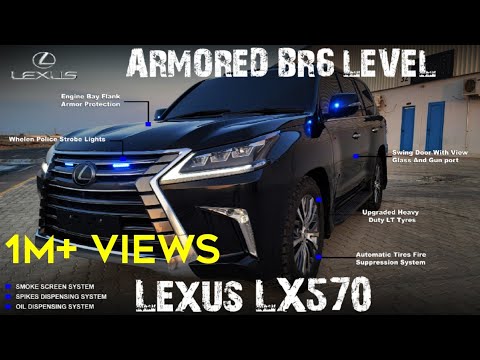 Top 10 richest states in Nigeria and their most popular cars