Lagos FRSC in a recent report states that "Drunkenness" caused the death of 7 persons in a recent auto crash that occurred on Lekki-Epe road. Read more!

No fewer than 7 persons reportedly lost their lives in a recent ghastly car crash that occurred on Saturday 1st of May 2021 along the busy Lekki-Epe expressway in Lagos state. Press reports reveal that the horrifying crash involved a Howo truck fitted with plate number ICT-15E-025 and a Lexus SUV with plate number AGL 953 GQ. The saddening incident reportedly claimed the lives of seven persons comprising five adult females and two adult males that were passengers of the Lexus SUV.

Mr Olusegun Ogungbemide, the Sector Commander of FRSC in Lagos state, has confirmed the report of this tragic incident via his recent public statement. The Lagos FRSC boss revealed that the crash occurred around 1 pm in the afternoon of Saturday, May 1 at the Shapati (Fragend) area of the Lekki-Epe expressway in Lagos. He blamed "drunkenness" as the cause of the horrific crash as he confirmed that a total of seven persons lost their lives in the crash.

>>> Recent News: Man dies in a fire that ensued after tanker and trailers crashed in Kwara

Route Commander Olabisi Sonusi, the PEO of Lagos FRSC disclosed that the corpses of the deceased accident victims have been so far deposited in a morgue in the area. He urged Lagos drivers and car owners to be cautious when driving and totally avoid the following dangerous acts:

In other news, several families were recently thrown into mourning in Imo state after a truck that suffered brake failure crushed more than 10 market women to death in a local community. Watch this press report video below to get a brief of the story. 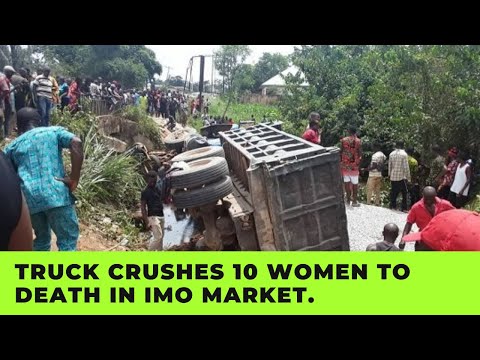