The driver of a trailer wasn't lucky the second time as he was crushed to death by a third vehicle, having survived the first crash with only leg injuries.

From a new traffic report getting to us, a driver was killed in a second car crash despite surviving the first one. From what we learnt, the man in question was waiting for the arrival of emergency service before he was crushed some minutes later by another vehicle.

The third driver lost control of the vehicle and ran over the injured driver, crushing him to death

This tragic road accident was witnessed by the drivers on the Naivasha-Mai Mahiu road in Kenya last Wednesday. An eyewitness identified as James Mburu revealed to a local media outlet what he witnessed on the road.

From the eyewitness’s report, the accident involved two truck drivers, who collided at the time when they were driving towards the town of Naivasha during their morning commutes. The deceased driver, whose identity has been kept secret by the authorities, needed medical help from the first crash that inflicted him with leg injuries.

The people nearby, according to Mburu, rushed to his aid, where they rescued the drivers and passengers from the vehicles and waited for the arrival of medical responders and police. The eyewitness also revealed that the late driver was the only one that got injured in the first crash. At the time when the victims of the accident were waiting along the busy road for help, another driver lost control of his vehicle and crashed into them, running over the injured driver.

Here is a clip of another road crash in Kenya, where a driver ran over a police officer: 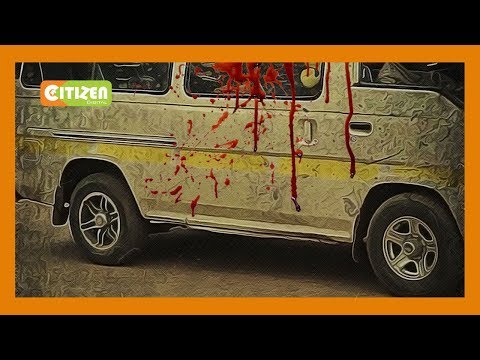 The driver wasn't lucky enough the second time as he was killed right on the spot before he was taken for treatment at the hospital. Mburu believed that the amount of traffic created by the first crash might have led to the third driver losing control of the vehicle.

Samuel Waweru, who happens to be the spokesperson of the Naivasha’s Officer Commanding Police Division, while confirming the incident, disclosed that the corpse of the driver had been deposited at the morgue after the crime scene was properly contained.