NNPC mega station in Uyo has been sealed by DPR for discharging and selling fuel at the same time. Read the details below!

The Department of Petroleum Resources (DPR) in Akwa Ibom State said it has sealed the Nigerian National Petroleum Corporation mega fuel station in Uyo for allegedly discharging fuel products and at the same time, dispensing to customers.

The operations controllers of the regulatory agency, Mr.Tamunoiminabo Kingsley Sundays revealed this to newsmen while carrying out a routine inspection on the state capital on Thursday. 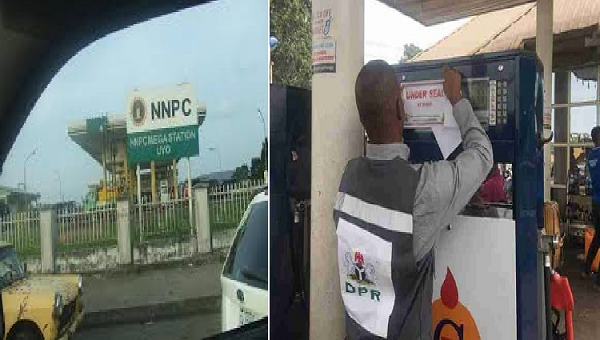 He voiced out his disappointment over the fuel station's unsafe practice of off-loading fuel while selling it to customers. An incident which he pointed out as a grave offence.

"The NNPC filling station was caught, some hours ago, discharging and at the same time dispensing to the public, the place was crowded with vehicles and buyers, which is a serious offence."

Mr. Tamunoiminabo stated that all fuel stations must be done with off-loading petroleum products before selling to motorists and not doing both at the same time.

>>> Many stations have been sealed across the nation: 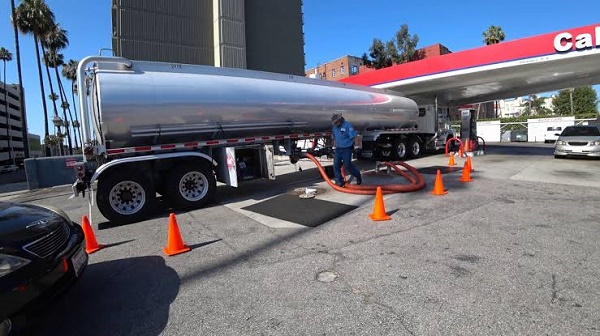 Naijauto gathered that 70% of the fire incident that broke out at filling stations was as a result of discharging the products.

"We want to see minimum people who are really concerned with discharge operation, but surprisingly, NNPC does not know simple safety requirements.

We asked the manager of that station if he knew that it was unsafe to discharge fuel and dispense at the same time, the manager said he was not aware."

He emphasized on the need for NNPC managers and staff members to go through proper training in order to equip themselves with safety standards and regulations for running a filling station.

The NNPC manager of the sealed fuel station, Augustine Effiong, confessed to the unsafe practice deployed by the filling station, adding that they were directed to off-load the petroleum products either in the morning or evening. They were told not to discharge in the afternoon.

"We were told to discharge in the morning hours, provided it was not the dispensing line we were discharging to."

>>> See our news section for other car news updates and trends