Concerned motorists rescue woman who was convulsing on Lekki expressway

A recent medical incident involving an elderly woman driving on the Lekki-Epe expressway seems like a subtle warning to all Nigerian motorists. Read more!

Did you know that it is not really “safe” to have a keg filled with petrol fuel in your vehicle’s trunk while you keep driving with the AC on full blast? Well, we didn’t know either until recently when a Lagos woman became a victim and luckily got saved by other motorists on the Lekki-Epe expressway. This unfortunate incident reportedly occurred on Tuesday 2nd of March 2021 during the late-night hours.

Media reports claim that a Twitter user with the handle @OgbeniOloyede alerted the public about the incident and also gave updates about the woman’s condition throughout. Going by the narration of the Twitter user; the elderly woman suddenly pulled to the roadside and began to convulse. Her violent body movements attracted the attention of passersby and other motorists that rushed to save her on the busy Lekki-Epe expressway. Unfortunately, when they tried reaching the Lagos emergency hotline (767), no one responded to their calls. A few moments later, the Twitter user said they were able to somehow get in touch with the woman’s son who later took her home.

Just you have probably read in the above screenshot, one thing that really stood out from the reports of the incident is the “cause” of such a medical emergency. Yes, the Twitter user confirmed that the woman had petrol-laden containers (or kegs) in the trunk of her Toyota car while driving with windows rolled up and the Air Conditioning system on full blast. Apparently, this seems to have been the cause of the sudden convulsion attack that she suffered. So, it seems obvious that the woman’s incident should serve as a subtle warning to motorists who are fond of a similar thing.

>>> in other news: 9 confirmed dead and 41 injured in recent Kano car crash

And speaking of convulsion attack, check out this video below to learn about the recommended things you can do to help if find yourself around someone who is having a seizure. 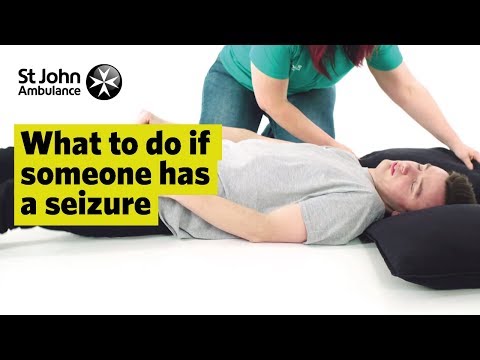