Meet Aska - the Flying Concept Car that is a Car, a Plane & a Helicopter!

We all are familiar with seeing flying cars only in science-fiction movies, fantasy and horror films. Sit up and meet the ASKA, a semi-plane/semi-car all-in one!

We all are familiar with seeing flying cars only in science-fiction movies, fantasy and horror films. A lot of us get bored at the idea of flying cars in reality. Sit up and meet the Aska, a semi-plane and semi-car all-in-one.

Introduction of Aska flying concept car from NFT: a semi-plane on road

This special concept car is categorized as an eVTOL vehicle (Full name: Electric Vertical Take-Off and Landing). When its wings are folded back, it can run normally on roads like a regular car, as it's also the size of an SUV. NFT calls the Aska the future of Urban Air Mobility UAM.

NFT the American/Israeli start-up with Co-founders Maki Kaplinski CEO and Guy Kaplinski as Chairman are behind the design and construction of this all electric multi-function vehicle. The company has ascertained that the vehicle can be used, not only on the road but also as an unmanned flying vehicle.

NFT says it is working to integrate innovative autonomous technology to the Aska to make it perform fully autonomous movement when driving on land as well as when performing flight maneuvers. The first model of the Aska was unveiled at the EcoMotion show 2019 in Tel Aviv. 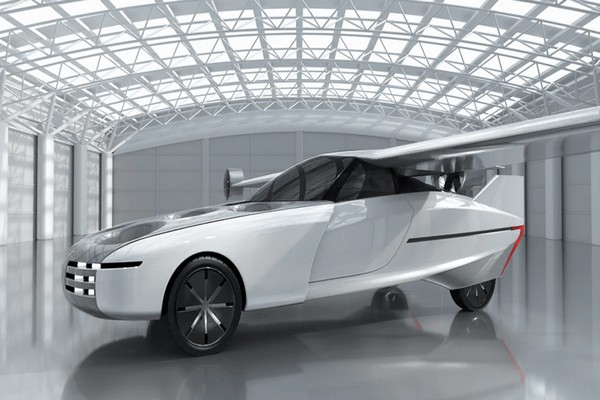 Aska, which is Japanese for “flying bird”, is the size of a large SUV when on the road. The car is also said to fit a maximum of 3 passengers. To change the vehicle’s mode, the Aska will have to be driven to an open area that can accommodate the size of its wings when it spreads out. The Aska will then takes off vertically and flies autonomously using the integrated local flight planner.

The local flight planner utilizes a host of sensors and an intelligent sensor fusion algorithm to safely and autonomously manage the Aska’s flight path down to its destination. The flight planner utilizes the power of AI to intelligently calculate the safest flight path in real time. With this in place, the Aska can easily and intelligently perform inflight re-routing and also comes with a safety system that ensures emergency landing in the event of an unexpected inflight incident.

The road version of the NFT Aska when the wings are folded is 20 feet in length and 40 feet long when the flight mode is activated and both winds are spread out completely. The plan view of the Aska reveals about 12 turbine housing for blades that generate the needed aerial thrust for the vehicle to accomplish its flying maneuver. Several other airborne maneuvers are accomplished by the on-board autonomous flight manager by augmenting the position and speed of the wings and blade housing to achieve the desired flight maneuver. 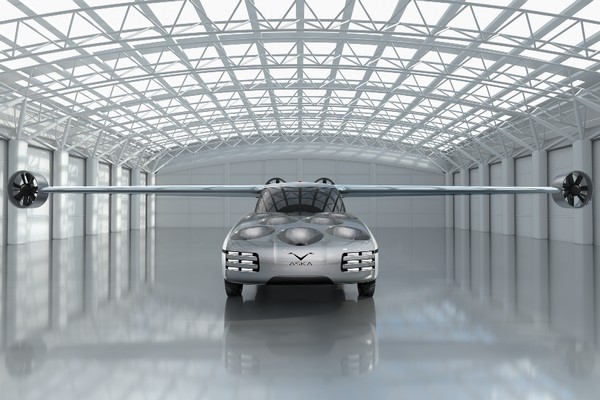 You can see the wings of Aska in full size here

The Aska flying concept car is powered by a power pack comprising a suite of high density battery cells. The Aska also incorporates a gasoline power system along with its electric supply system to serve as a flight range extender in the event that an extended flight range is required. The Aska’s flight range sits at an estimated distance of 350 miles (563 km) and will operate at a restricted maximum speed of 150 mph.

Guy Kaplinski, Aska’s Co-founder and Chairman firmly believes that the Aska is the future of modern day transport, considering the growing desire to evade the ever growing traffic gridlocks in cities around the globe. Kaplinski describes the Aska with the following few words,

“We have the most efficient and most comfortable way of commuting for the future,”

According to Maki Kaplinski, the Aska will not require extra budget for operating or owning it, as it will be the size of a big SUV and will not require a specific kind of VTOL launch pad and platform for flight. It is just like a simple door to door car that can be easily parked in a garage or by the pavement. 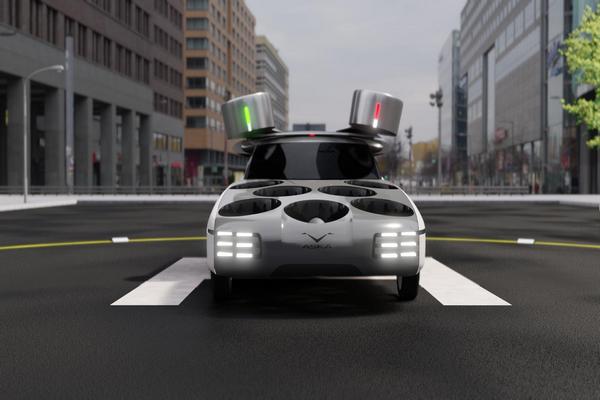 The ASKA will travel at a restricted speed of 150 mph

The initial cost for the development of the prototype unit of the Aska stood at about $200,000 or N72.6 million. Seeing as purchasing the Aska is going to be pretty expensive, NFT plans on offering an additional subscription service, in which clients would pay a monthly fee that would give them access to one of the vehicles as needed rather than have to purchase it outright.

Only recently, Toyota patented a flying car design, thus officially registering its intent to delve into the flying car race. According to the Patent briefs, the dual mode vehicle will able to perform flight maneuvers as well as be driven on land.

UBER is developing its own form of flying vehicle to complements its already existing land ride hailing service. The announced that it hopes to begin commercial scale UBER Air services by 2023 and will begin with Dallas and Los Angeles as pilot cities while a third city will be chosen from a pool of select countries including India, Australia, France, Brazil, India and Japan.

>>> More details of UBER Air Project can be found in the blue link. Please click to reveal! 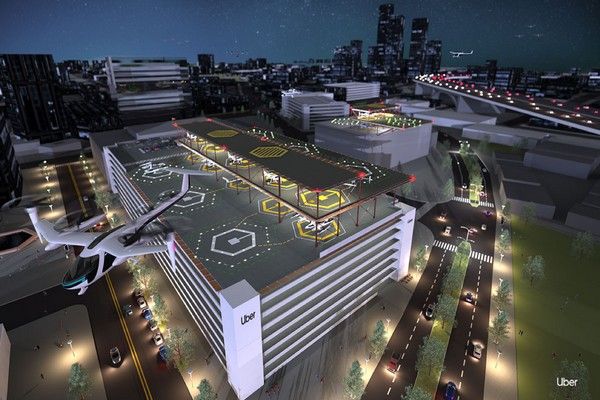 The Sky Ports will serve as landing stations UBER eVTOL

This is a special project by Aeroports de Paris with the support from Airbus to introduce unique fleets of autonomous flying taxis for the 2024 Olympics. The cutting-edged vehicles will transport visitors back and forth famous destinations within the city. They will also pick guests from airports to the areas where the big event takes place. You can check more information on Flying taxis in Paris here!