Ranked the sixth highest earning football club in the world, Arsenal is more than generous to its footballers. Arsenal players cars, thus, go far from the mainstream and the Nigerian star Alex Iwobi cars are no less impressive as other Western teammates’. Check it out!

1. Check your background of Arsenal F.C!

Before getting to see Arsenal players cars, you should at least remember faces in Arsenal first team as well as some of club facts.

Below are Arsenal first team players with their names, nationality and positions. How many footballers can you remember? 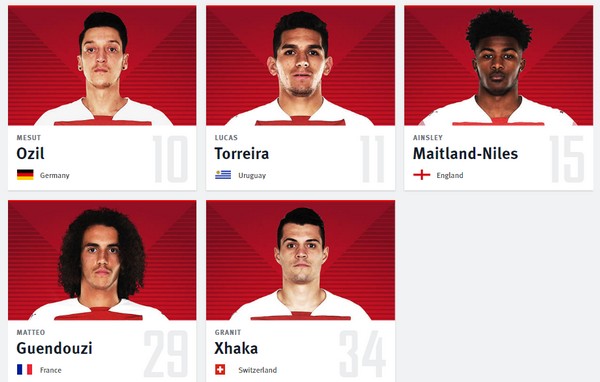 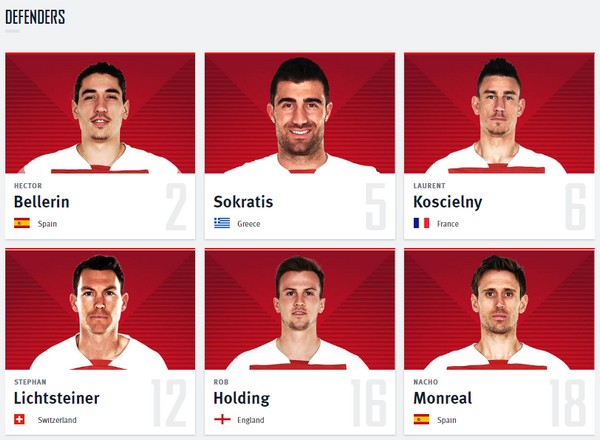 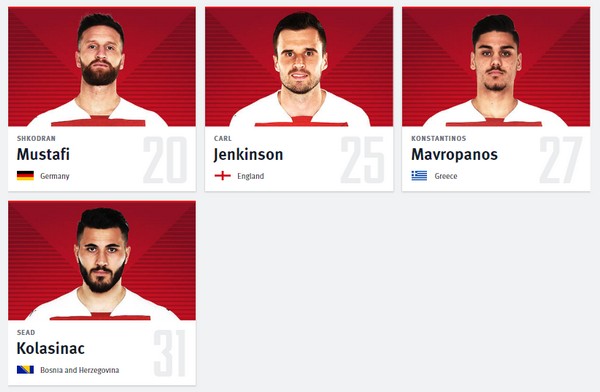 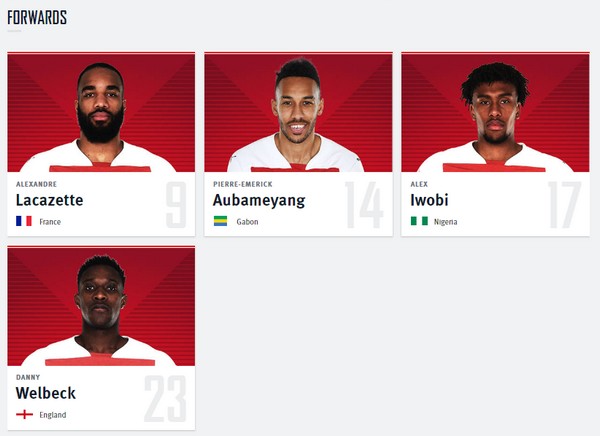 From September 2018, Kroenke Sports Enterprises owned by Stan Kroenke is the sole owner of Arsenal. To do this, Kroenke had purchased stake from many previous shareholders like Richard Carr, Nina Bracewell-Smith, Danny Fiszman and Usmanov during 11 years. 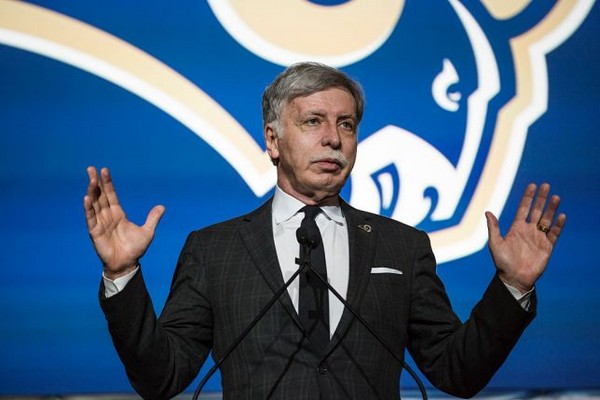 This man is owning a $2.24-billion football club

The estimated net worth of Arsenal is $2.24 billion, which is the reason why so many billionaires are interested in owning this club.

It’s not hard to realize the design of Arsenal away kit from afar. The set goes mostly in red and dark purple in consistent styling patterns.

To buy an Arsenal away kit online, please go to Arsenal online store to view their products. 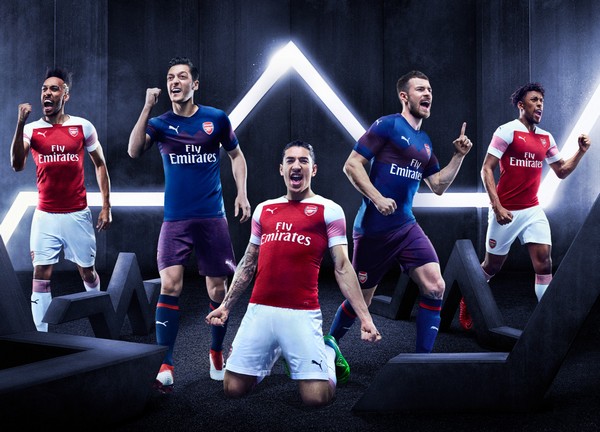 The away kit can be easily recognized by any football fan

Mesut Ozil is playing as attacking midfielder in Arsenal. With his talent, this star earned a great deal from football and other businesses. Ozil is the owner of a blue Ferrari 458 Italia, a Mercedes G63 AMG. 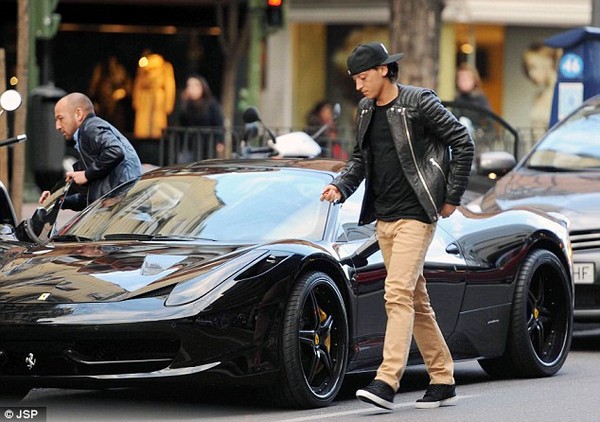 The vehicle from AMG can accelerate from 0 to 62 miles per hour within 5.4 seconds and it cost him over ₦60 million to acquire. However, this amount is no match for Ferrari whose prices range from ₦50 million – ₦115 million.

Other than passion for playing football, Ramsey is renowned to be a big car fan. The Welsh midfielder is storing a super speed Mercedes SLS which jumps from 0 to 62 mph in exactly 3.7 seconds while its top speed is 199 mph. 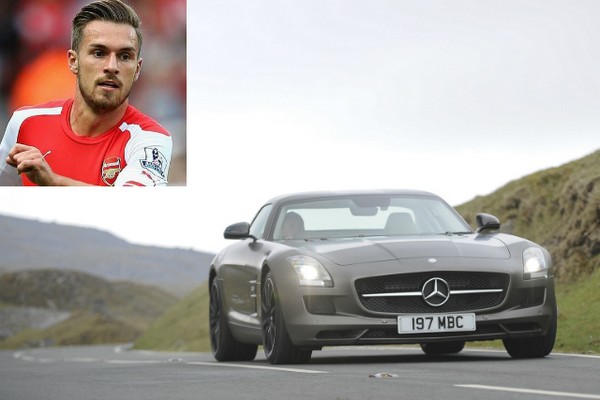 The estimated price of this super car is around ₦72.5 million.

Danny has played for The Gunners since 2014. He owned an Audi S3 but seemed to neglect its maintenance schedule.

The winger had been fined for a crash in the past when police discovered the S3 got 2 defective tyres with insufficient tread. 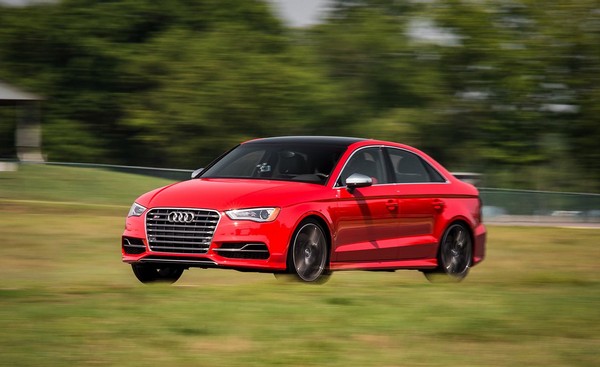 Welback's Audi S3 used to be fined for causing accident

This name gains much spotlight in Nigeria for his gift in football and also car collection. Alex Iwobi was caught driving a Mercedes-Benz Convertible (~₦25 million) in his free time while enjoying his daily ride in a BMW. 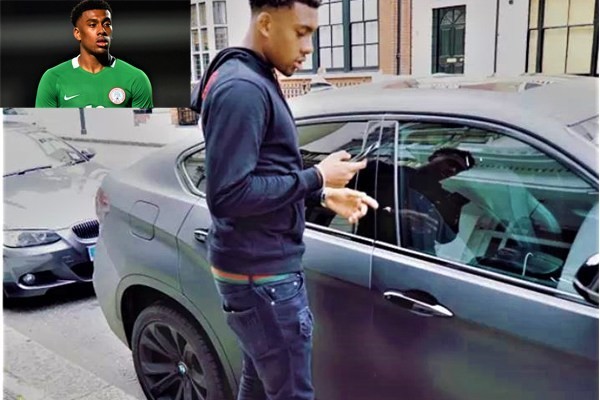 Iwobi can buy more luxury cars but he chooses not to

The football star was once reported to buy matching cars for his former girlfriend Clarisse Juliette. However, we couldn’t trace back the photo on his Instagram after the two broke up. The following pic is a rare one collected before. 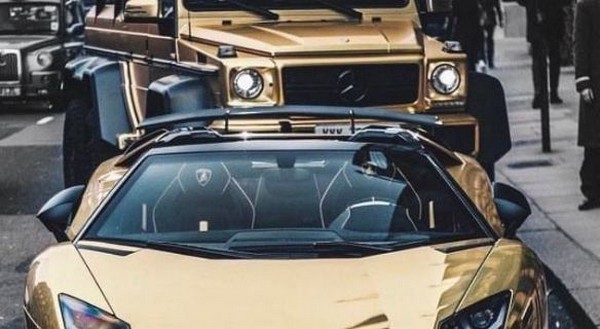 One of these two cars is being driven by Clarisse Juliette

Current net worth of Alex Iwobi is around $5 million, equivalent to 1.8 billion nairas.

Alex Iwobi life and everything you care about

2.5. Other Arsenal players and their cars

Besides above players, the striker Theo Walcott is also well followed by the press due to his black Ferrari 458 Italia. This guy also owns many other cars in his garage, including a Volkswagen Touareg, a Ford Mustang, a Mercedes ML63 AMG and an Audi R8. All these automobiles are customized in some ways to suit their owners’ taste. 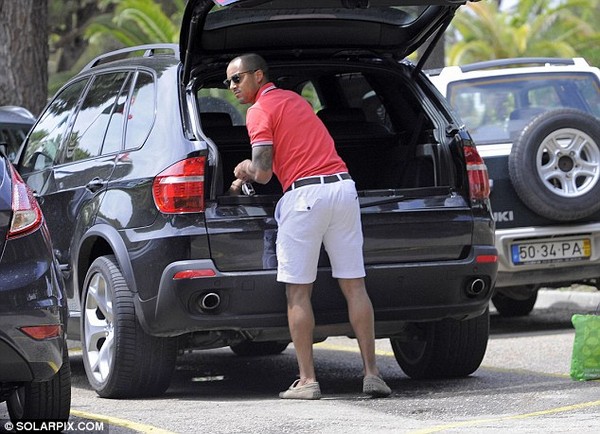 Francis Coquelin is the next name to own an Audi R8 to reach 205 mph of top speed. Before buying this fast & furious, the French midfielder often drove his Mini Cooper S to the training grounds. 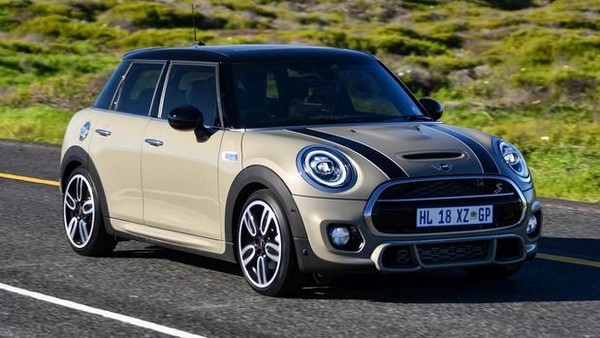 Sanchez Alexis, the used-to-be forward of Barcelona, also happened to have an Audi R8 but decided to write it off in 2013 to buy a new superb. 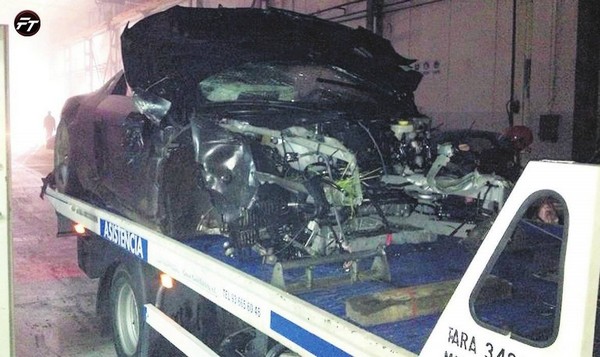 The Audi R8 of Sanchez Alexis after the car crash

Hector Bellerin is driving a Mercedes S63 AMG Coupe. This car is equipped with a 5.5L V8 twin-turbo engine and can reach 62 mph in 4.3 seconds. 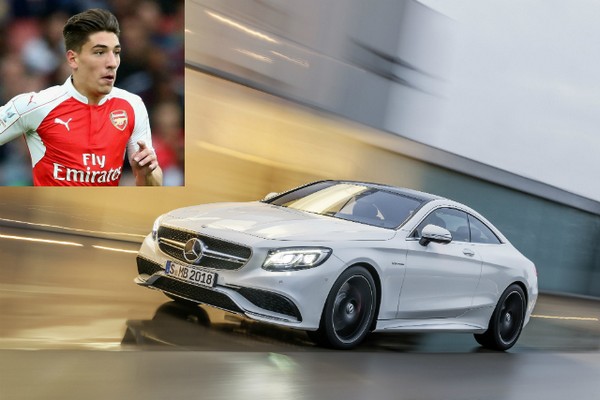 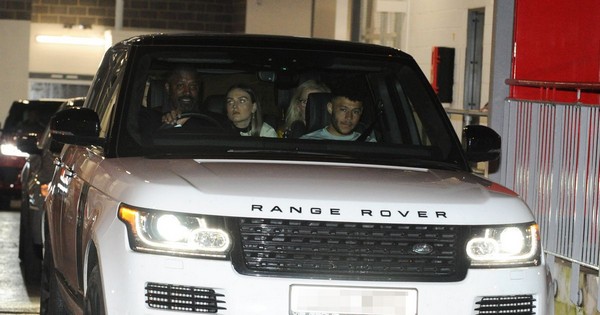 The cozy trip on Range Rover of Oxlade-Chamberlain family

Wilshere, at the same time, had in his garage a Mercedes SL500, a Porsche Cayenne, a Range Rover and a Lamborghini Huracan (priced around ₦90 million - ₦110 million). Here he is, a true car lover! 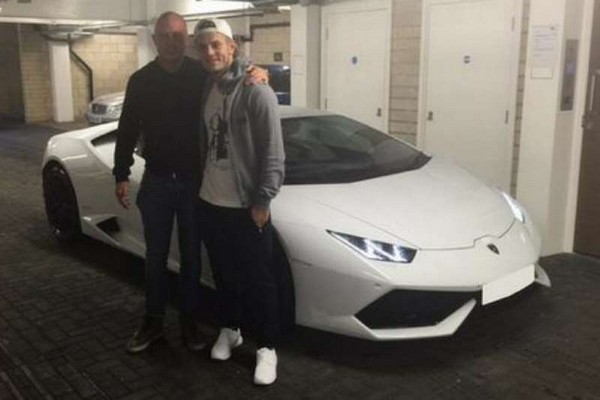 Wilshere posed along the Lamborghini Huracan in the garage

Founded in 1886 under the name of Dial Square then switched to North London derby later, Arsenal F.C has achieved great honors and awards throughout its history. 13 FA Cups, 15 FA Community Shields and 13 League titles are just a few records in Arsenal countless victories.

Arsenal is based in Islington, London and plays in Premier League. The official ground of this formidable club is Emirates Stadium. Current head coach is the Spanish former player Unai Emery.

The success of Arsenal on the very first days was associated with the talented manager Herbert Chapman who had led the team win its first national trophies. He was also the one to bring out the definition of floodlights, shirt numbers and WM formation for playing strategies. Unfortunately, he died suddenly in 1934 at the age of 55.

The longest-serving manager of Arsenal is Arsene Wenger, who also won most trophies for the club. With 7 FA Cups, Wenger was coined The Invincibles and a gold Premier League trophy. 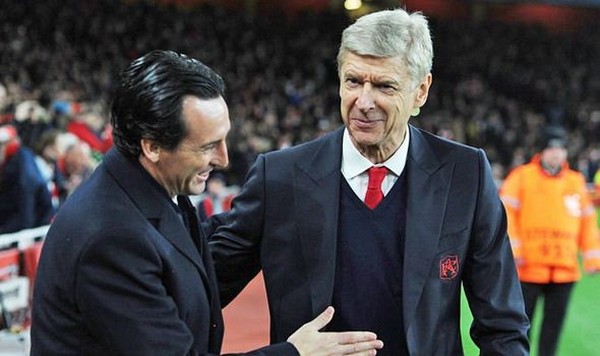 Top Arsenal players of all time with Arsenal squad numbers

During its over 100 years of development, The Gunners from England had evoked football potentials from numerous men and women. However, in the scope of this post, Naijauto will focus on top Arsenal players of all time in men team. Big names in Arsenal W.F.C (women club) might be introduced in next articles. 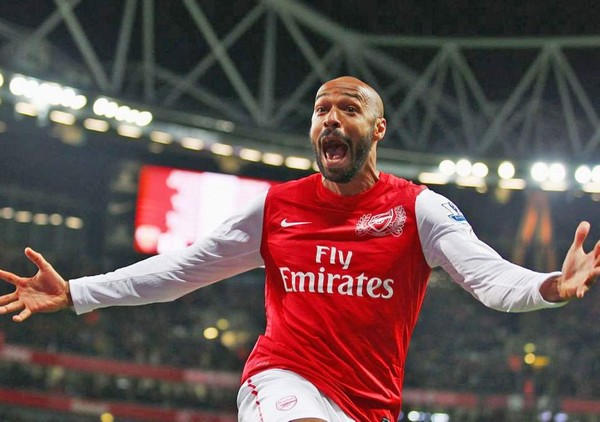 4. Rumours around Arsenal transfers this year

In the context of ephemeral injury announcements, people are discussing which Arsenal transfers would happen to Enai Emery’s team this year. Let’s take a look at highly likely faces to join Arsenal in 2019!

Many fans have speculated that Ozil will soon leave the team this month although his contract with Arsenal has just been renewed. Rumors also say the head coach is considering the 26-year-old midfielder from Real Madrid as a reasonable replacement. 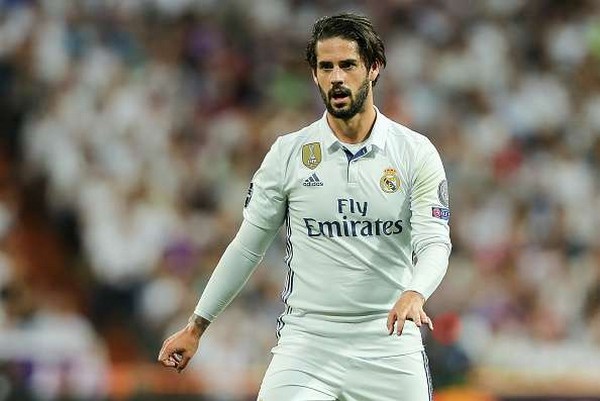 The chance Isco will be transferred to Arsenal is around 30%

Another name listed in top list is the young goalscorer from Boca Juniors – Cristian Pavon. Though reports believe Emery had seen something in this boy, he’s still considered “lightweight” to Arsenal’s needs. 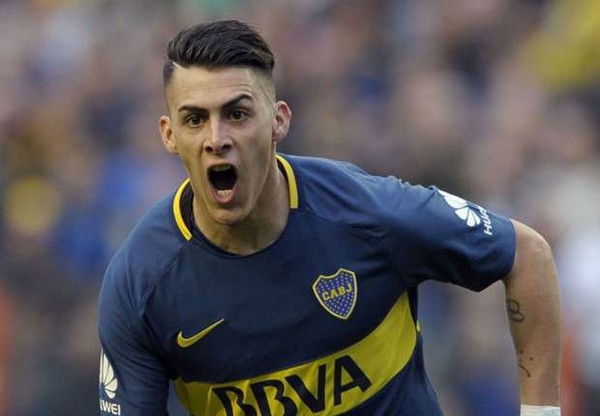 Not much experienced but full of potentials - will Pavon be selected?

This man is truly a worth-noticing name when having scored 12 goals in the latest season. He is only one goal behind Kylian Mbappe and even surpasses Neymar’s number. 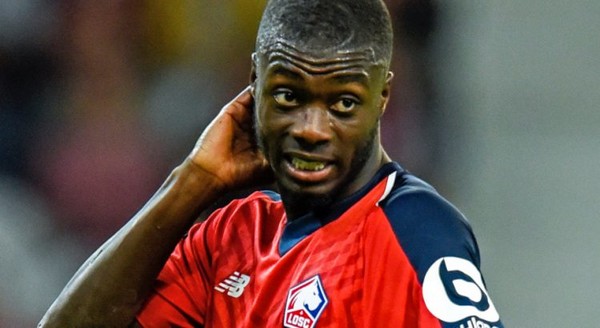 The midfielder has scored an impressive number of goals this season

No matter who will leave or join the team, Arsenal is still a momentum in the football club history. And to car lovers, Arsenal players cars are just as appealing as the way they play on the field. To update more news and stories around the supercar fleets of celebrities, check our Celeb Cars tab daily on Naijauto.com!