The police in Anambra state have reportedly apprehended a notorious armed robber who recently snatched a Toyota Corolla sedan from a victim in Enugu state.

Just as Nigerian elders will say “every day is for the thief but one day is for the owner”; a notorious armed robber in Anambra state has finally gotten into the hands of the police. The suspect was reportedly arrested in the Awada part of one Mbu town in the popular Isiuzo LGA of Enugu state a few days ago by men of the RRS.

According to press reports, the suspect was identified as a 30-years old man with the official birth name Chidi Anieke. He was said to have recently snatched a new Toyota Corolla sedan from a victim at the Independence Layout in Enugu state. Reports claim that the victim was approaching his residence when the suspected armed robber snatched his vehicle and drove it away to an undisclosed “hideout” in Awada, Enugu State.

Press reports confirmed that men of the RRS (Rapid Response Squad) recovered the following exhibits from the suspect’s hideout during his arrest:

As of the time of writing this report, the Anambra state police command says it is still carrying out further investigation on Chidi Anieke’s case. It is indeed really good news to be already seeing good results from the police RRS unit which was only unveiled just a few months ago by the Governor of Anambra state.

In other news, the Anambra state police also recently busted a child-stealing syndicate a few days ago. Below is a press video showing the arrested suspects. 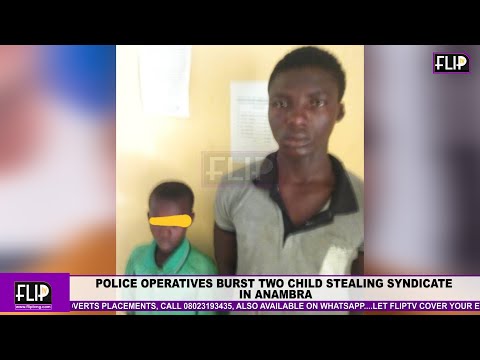