Toyota has made a name as a carmaker that has produced some of the most comfortable and spacious vehicles. From the Camry to the Solara and the supposedly compact Corolla, the Japanese automaker leaves no stones unturned when rolling out latest cars.

One of their most roomy cars is the Toyota Sienna minivan. Many married couples purchase the Sienna as they believe it serves the purpose of moving passengers and goods the best. It's pretty much a multipurpose vehicle and amongst all the Siennas having been released, one of the most popular is the Toyota Sienna 2008. This 4th generation Sienna is a much-needed upgrade from the third generation which didn't do quite well in the market. 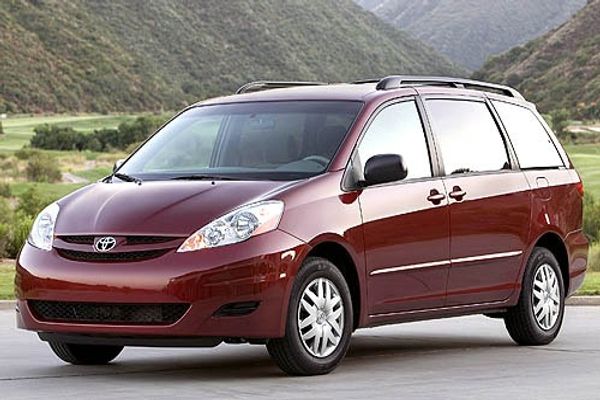 The front and side view of the Toyota Sienna 2008

The Toyota Sienna 2008 comes with many power accessories and tailored features to make drivers enjoy their ride. It comes with an all-wheel and front-wheel drive option, power windows, 7 or 8 passenger seats, and different trim levels. It's also fuel-efficient and quite safe to drive. Naijauto has decided to bring you the Toyota Sienna 2008 price in Nigeria, review and used car buying guide right here.

Trims and Prices of Toyota Sienna 2008 in Nigeria

The Toyota Sienna 2008 comes in 4 trim levels - the XLE, XLE Limited, the LE and the base CE. (Read How to understand Toyota trim levels via their acronyms?)

The last two has options of 7 and 8 passenger seat while the XLE and XLE limited comes with only 7 passenger seats. So you can choose which you want depending on how many people you'll likely convey in your vehicle at a given time.

It is unlikely that you can find a brand new Toyota Sienna 2008 for sale on the market but we still put here the prices of brand new units when this model was first released for your reference.

As there isn't any brand new car, buying a Tokunbo Sienna 2008 becomes the best option. The prices of foreign used Toyota Sienna 2008 in Nigeria may change slightly due to currency exchange rate, import tax as well as clearing cost. Delivery fees are sometimes counted as well.

Besides Tokunbo units, you can also opt for locally used Toyota Sienna 2008. Prices of these Naija used Sienna 2008 in Nigeria are cheaper but you should be aware of their condition. Inspect the vehicle carefully before you make any transaction.

>>> Full price list of Toyota Sienna all model years is present here: Toyota Sienna prices in Nigeria – the most wanted van of all times (Update in 2019)

Exterior and interior of Toyota Sienna 2008

Asides the CE trim, the others have a little Lexus SUV look, thanks to the blue back-lit Optitron gauges installed in the models. There's also a lot of space on the interior of the vehicle and the controls or switches aren't scattered all over. They are well-organized to give passengers a homely feel. In the 8-passenger van, you can make those seating on the second seat get closer to you by moving the seats. This is ideal for a family with kids as you can then easily access your kids without them seeming far away. Those second-row seats are also separated and can be joined to form a sort of bench. 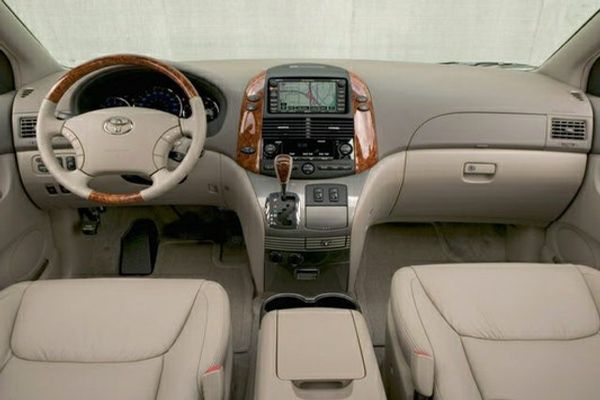 The organized interior of the Toyota Sienna 2008

The 7-passenger configuration comes with comfy lesser second-row seats but with armrests. You can also fold the back seats on either option and remove the headrest. This gives you a lot more cargo space than you previously had. It's also important to add that there are sliding doors and power windows, foldable front seats, power back gate, dynamic laser cruise control, rear DVD player, rearview camera connected to the navigation system, good air conditioning, and great airbags. You can see that the vehicle comes with the latest of accessories if you're tech-savvy. 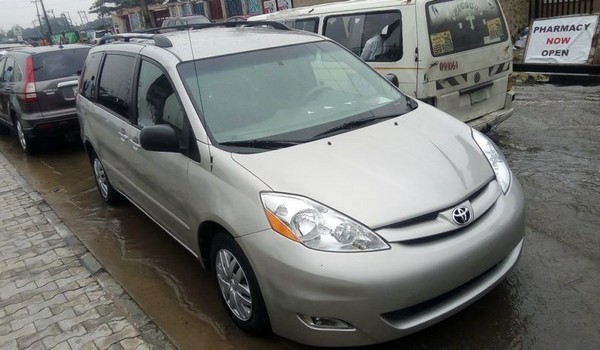 Like other Toyota models, used Sienna remains in neat condition after a long time of use

The Toyota Sienna 2008 doesn't come with the more fuel-efficient 4-cylinder engine. It has a V6 engine installed instead. It is a 3.5-liter V6 engine which is similar to that in the 2007 model and quite better than what is obtainable in previous generations. The engine gives out over 280 horsepower and can run up to 700 km on its full 75.7 liters tank nonstop. This means you can literally drive from Abuja to Ibadan on full tank with no top-up. The engine also comes with a timing chain. So you don't have to worry about maintenance and replacement quickly till there's a major fault.

The Sienna 2008 is quite fuel efficient, although the succeeding models are better and you can even augment the efficiency by doing these 9 simple adjustments. On the highway, it rates an average of 24 miles per gallon and 17 mpg in the city. The only ride that comes close to it is the Honda Odyssey made around the same period. So we'll recommend that you go for the Toyota Sienna regardless.

Pros and cons of Toyota Sienna 2008

However, certain cons can't be ignored. Toyota had once recalled thousands of its Sienna cars due to one issue or the other. There are problems with the tires wearing out fast, lack of spare tire in the brand new cars, air conditioner, and more. The Sienna is also more expensive than the Honda Odyssey and costs more to maintain. So if you are looking for a more fuel-efficient van with a lower price, you might have to consider the Honda. 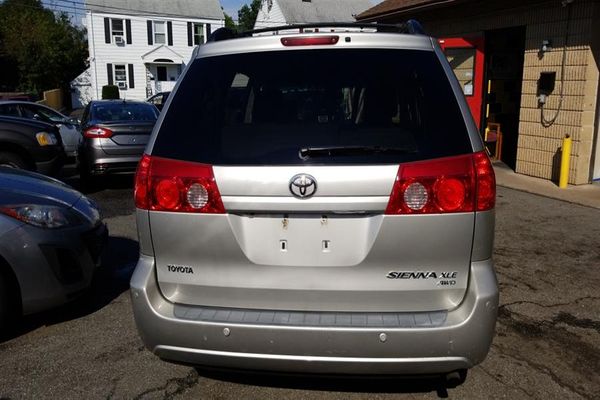 In case you did not know, the Toyota Sienna 2008 is more expensive than its rivals

How to buy and maintain used Toyota Sienna 2008

Buying the Toyota Sienna 2008 isn't much of a problem but it's only wise that you test drive it before you pay.

Look out for blue smoke, and issues with the wheels. Once you notice some sort of imbalance, you will have to check elsewhere. Also check the sliding doors to be sure they work well, as this is something a lot of people have complained about. If you wish to fix it yourself, it's fine. If not, ask the seller to get it done. Other common problems to keep an eye out for when buying or maintaining the Sienna 2008 are leaks from the exhaust system, steering rack, and valve cover gasket. Once you notice them, get your mechanic to fix them as soon as possible.

>>> Other articles for your reference:

That said, it's important to note that the Toyota Sienna 2008, with its success, has gathered some heavy-weight opponents that are Toyota Highlander and of course, the Honda Odyssey. If you want a cheaper ride with better fuel economy, go for the Honda. If comfort is basically what you seek, then the Toyota Sienna 2008 is ideal.

This is the end of our Toyota Sienna 2008 price in Nigeria and detailed review with buying guide article. You can read more reviews and car price articles like this on Naijauto.com.

>>> Check out more of our resources: