Toyota cars are known for being comfortable and reliable. This has probably prompted the Japanese automaker into constantly looking for ways to improve on previous versions and models. Due to the success of the Toyota Camry which has been always sold out quickly, the Toyota Avalon was launched as a full-size sedan within an affordable range to continue this success.

One of the most popular of the model is the Toyota Avalon 2008. The 3rd generation Avalon car comes in four trims and an option of a 6 cylinder engine or V6 engine. 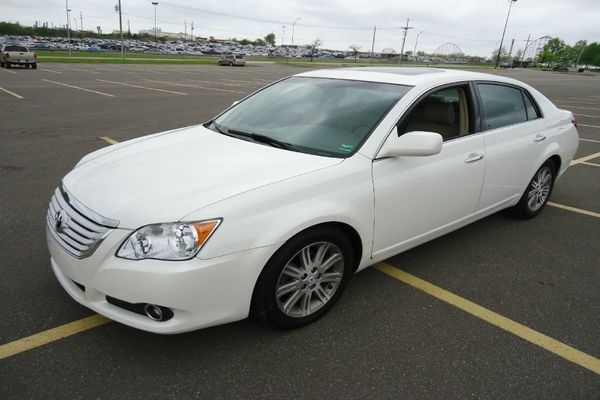 The model comes with a lot of legroom and headroom that makes it possible to accommodate up to 5 adult passengers at a time. The safety features, high tech, and the well-organized cabin are some to long for as they were made very user-friendly. The Avalon 2008 is also affordable and adapts to Nigerian roads easily. Here is a quick breakdown of the Toyota Avalon 2008 price in Nigeria, review and used car buying guide by Naijauto.com - the biggest car website in Nigeria.

The Toyota Avalon 2008 comes in 4 trim levels including the XL, XLS, Limited, and Touring. To understand what these acronyms stand for, please refer to How to understand Toyota trim levels via their acronyms?

The XL is the base trim but still, it is enough to serve your purposes with high tech features like 9-speaker audio, dual-zone auto climate control, tilt and telescoping steering wheel, aux port, and more. The high-end Limited still has all of these with extra amenities such as Bluetooth connectivity, rain-sensing wipers, and keyless ignition.

Finding a brand new Avalon 2008 available for sale on the market is impossible at the moment, so why we still include its brand new prices here? That's for your reference in case you want to trace back how much a brand new Toyota Avalon 2008 cost when it was released a decade ago.

It's not difficult at all to find a foreign used Avalon 2008 for sale in Nigeria. This is among the most hunted models in our country for its reliability and practicality. However, prices of foreign used Toyota Avalon 2008 may not come cheap as you expected. The prices suggested below may vary in reality due to car condition, clearing cost, currency exchange rate and import tax.

Note that these costs for buying and clearing can be lower than what is stated if you are a good negotiator! For clearing, the prices are not fixed, and they range between 50% – 70% of the car price or even way less.

Locally used Avalon 2008 is a bit cheaper than its foreign used counterparts, but the condition of these Nigerian used cars are often less-maintained. Also, you should negotiate with the seller carefully to avoid being overpriced.

Just as we have highlighted above, the Toyota Avalon 2008 is really made for the tech-savvy and still serves its purpose for whoever acquires one. And, here are more even features to wow you. 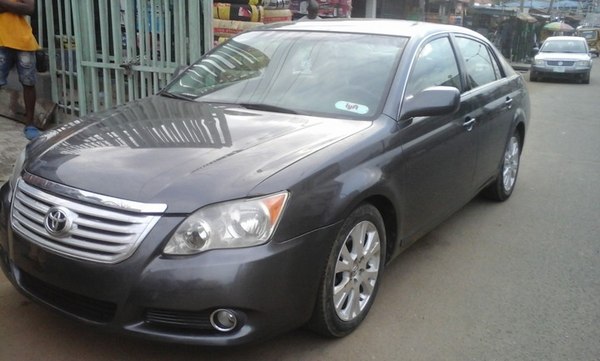 To add to what the base trim has, there's also electroluminescent gauges and 16-inch alloy wheels while the XLS trim comes equipped with auto-dimming rearview and side mirrors, soft suspensions, woodgrain interior, soft leather seats, heated mirrors, power front seats, and a sunroof - to add to what was listed in the XL.

The Touring trim comes with all the XL's features but adds HID headlights and 17-inch wheels. Even more surprisingly, the Limited trim is where all the amazing features are. From the power rear sunshade and 12-speaker sound system to the power adjustable seats, cruise control, satellite radio and a navigation system. So if you're on a budget, the base trim isn't a bad idea. The most popular is the XLS version but we'll advise you go for Limited trim if you can afford to. 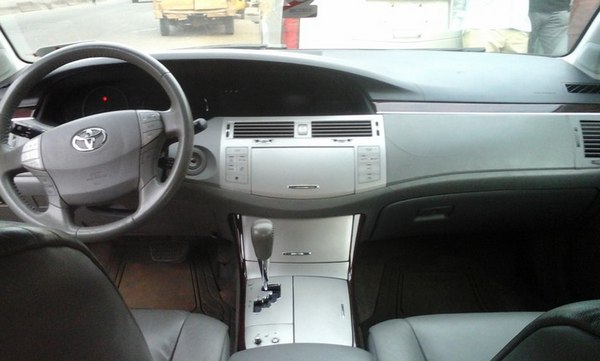 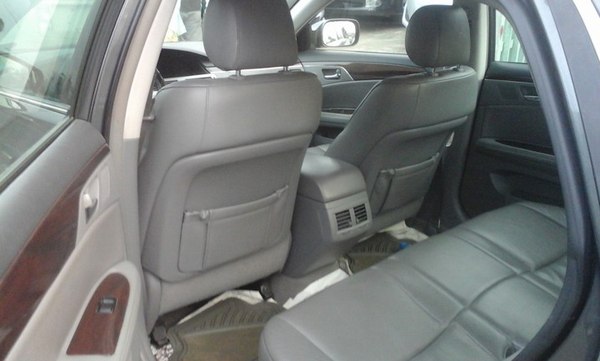 Beside cargo space, passenger space is generously designed as well

The Toyota Avalon 2008 comes with the much-upgraded transmission. It improves by carrying a 6-speed automatic transmission. The car is manufactured with a 3.5-liter V6 engine (common in the front-wheel drive) that delivers 248 ib-feet of torque and 268 horsepower. In contrast, the 3.5-liter 6 cylinder engine is available in the four-wheel drive and probably puts out a similar amount of horsepower. But it's common knowledge that the V6 engine is more powerful. So if you seek speed, go for that option.

The Avalon 2008 doesn't do badly in fuel economy ratings that are19 mpg in the city and 28 mpg on the highway. 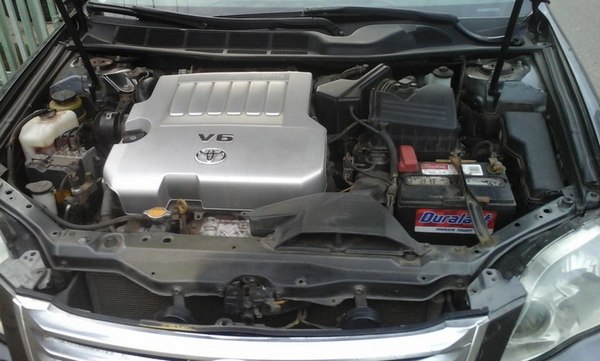 The 3.5L V6 engine is commonly used in front-wheel-drive vehicles

>>> Regarding car performance & fuel economy, Avalon is the No.1 rival of Camry: Top rivals of Toyota Camry in Nigeria

The Toyota Avalon 2008 as one of 10 most spacious sedans in the latest decade, can bring you numerous pros if you choose it to be your future companion. From the comfortable seats, much passenger room, tech features, attractive interior, bold grille and improve transmission to fuel efficiency and strong V6 engine, you'll not easily find all these wrapped up in just any car.

However, there are some disadvantages to keep in mind. First of all, the Avalon is a more expensive alternative to the Camry. At the same time, its maintenance cost comes higher than the Camry as well. Also, a lot of drivers believe with a more of a Lexus appearance, the car lacks sporty handling and that disappoint them. Besides, the rear seats not being foldable and the car finding it difficult to make good turns on narrow streets are some of the cons that join the list.

How to buy and maintain a used Toyota Avalon 2008

When buying the used Toyota Avalon 2008, there are a few things to look out for. The headlight assemblies are a problem and a lot of sellers just get tired and sell off their Avalon without fixing it. If you would be unwilling to fix it yourself, simply avoid the car.

Also, look out for white or blue smoke when test driving, and also the "check engine' light. Once it's on, it shows there's an issue with the engine. This issue could be leaks or battery draining issues due to the excess features the vehicle has.

Aside from these, the car should be fine after routine checks. As for maintenance, simply wash often, service the car, check for leaks, change filters as an when due and you're good to go.

>>> Do you know the Toyota Avalon is named in these lists? Check out!

That being said, the Toyota Avalon 2008 is a great car and doesn't give many issues, which is why it became one of the safest cars in Nigeria. If you have a large family or which to carry a lot of cargo, this car is ideal for you. But as a single person living in a street with tight roads, you may have to consider the other rivals like Chrysler 300 and Nissan Maxima.

That is the end of our Toyota Avalon 2008 price in Nigeria article today. If you want to read more price articles and car review articles like this, please stay tuned with us at Naijauto.com.