Let's check out our article about the up-to-date Peugeot 301 and 307 prices in Nigeria, covering its brand new, foreign used and locally used units.

Singing the praise of Peugeot model seems to be never enough. The French car manufacturer has been in attendance in over 160 nations in the world. Needless to say more, this has proven how famous the brand is and how excellent its models can be.

Besides, Peugeot is the only brand in the world to offer a completed mobile service including bicycle, scooter, car, along with a lengthy list of services. One of the greatest innovation of the brand is the Peugeot 308 which received a prestigious award from 58 journalists in Europe - the 2017 car of the year in Geneva. The Peugeot brand’s development is based on three core values including Emotion, Excellence and Allure. With these excellent features, a number of Peugeot models have been chosen to be official cars of the Nigerian military.

Additionally, the Peugeot brand has also been well-known for its great environmental friendliness which was rated to be the 2nd lowest in term of average CO2 emissions compared to other car brands in the European market in 2013 and 2014. Still, Peugeot models from the 1950s and 1960s can be seen on many roads in Cuba and Africa in the 2010s, once again proving the brand’s great reliability.

The Peugeot 307 was born to be a small family car. It was built in 2001 and was presented the ‘European Car of the Year’ award in 2017. The car’s production went on in certain areas in South America and China until 2014, then it was phased out. The Peugeot 307 comes available in various body types including 4-door saloon versions, 5-door estate, 2-door coupe cabriolet and 5 and 3-door hatchback. It is a front-wheel-drive vehicle and also a front-engine car. 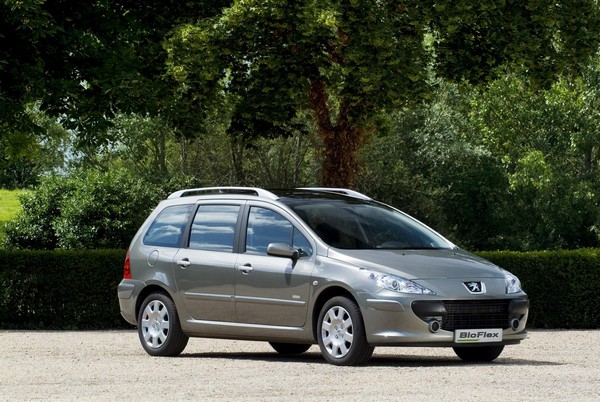 The Peugeot 307 was born to be a small family car

Because the Peugeot 307’s production stopped in 2014, so buying a brand new unit is impossible. The car is now currently available with locally used and foreign used units.

4.  Peugeot 307: Something you should know about

Under the hood, the Peugeot 307 is powered by diesel or petrol engines depending on your choice. The engine options include: a 2.0L 14 diesel, 1.6L HDi 14 diesel HDII, 2.0L 14 petrol, 1.6L 14 petrol and 1.4L 14 petrol. The hatchback measures 4,210mm in length stretches. Meanwhile, this figure of the coupe cabriolet and sedan is 4,350mm and 4,420mm respectively. The coupe cabriolet and hatchback get a common 2,610mm wheelbase while the sedan version’s wheelbase measures of  2,710mm. All variants receive a standard 1,510mm width, except the coupe cabriolet’s width is 1,420mm.

The Peugeot 307 boasts an attractive design, especially when it is adorned with a steeply rising bonnet combined with a rather greatly sloped windscreen. In its class, the car comes outstanding regarding of its style.

Besides an impressive exterior, the Peugeot 307 is also highly appreciated in its spacious cabin. It is bigger than its predecessor Peugeot 306 in every respect. Being a family vehicle, the 307 can house up passengers with comfort, particularly for the city movements and school runs.

Buying a Peugeot 307, rest assured you will not have to throw a huge sum of your hard-earned money for the car’s maintenance. The fact is that the 307 has a quite low maintenance fee as its parts don’t need to be fixed or replaced often. 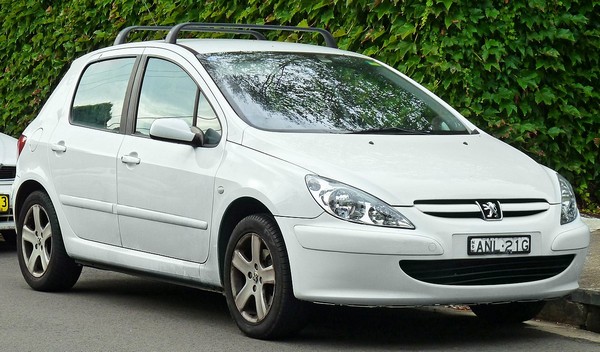 The 307 has a quite low maintenance fee

Compared to other competitors from other car brands, the Peugeot 307 has a more pocket-friendly price.

The 307 can handle smoothly and excellently on every terrain, bringing the driver an exciting experience whenever getting behind the wheel.

Peugeot has built a brand on a reputation for fuel efficiency and the Peugeot 307 is no different. 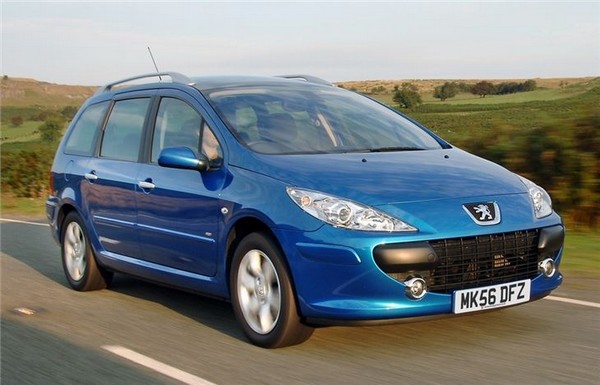 In fact, the Peugeot 307 is evaluated to have a quite low quality on average. This also means that the car mightn’t be the best choice for those who want to drive a vehicle for a long time.

In North America, the Peugeot 301 is considered to be a compact car while in British, it is a small family vehicle. The car was officially launched in 2012 and has been being produced since then. Especially, the Peugeot 301 who has received the Car-of-the-Year Award in Nigeria for 2016 and 2017 is actually assembled in a plant of Peugeot located Kaduna, Nigeria.

Additionally, it won against some strong contenders like the Kia Rio and the Nissan Almera to receive a prestigious award presented by Nigeria Auto Journalist Award (NAJA). The awards are made through a full standard of the jury of the top automotive journalists in Nigeria and are given to cars assembled or/and imported into our country by NAJA.

The Peugeot 301 comes available in four-door saloon version which is a front-engine model and is driven by a front-wheel-drive-layout. 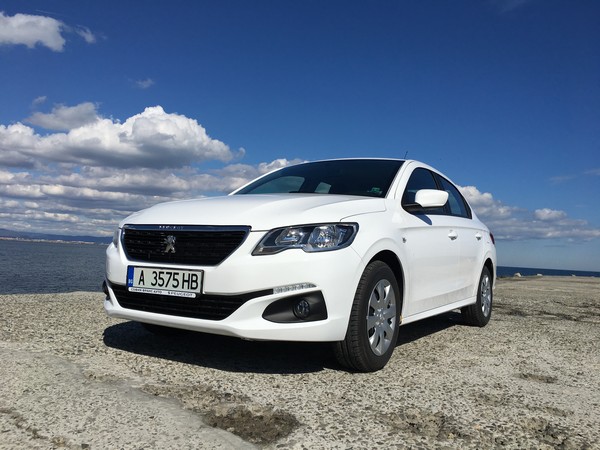 Unlike the Peugeot 307, the Peugeot 301’s production has still continued, so you can drive home a brand new unit if you want. Besides, locally used and foreign used 301 are also not bad options for you if your wallet hasn’t been fat enough. Let's take a look at their prices.

>>> If you are seeking a Peugeot 301 in Nigeria, click here to buy the car easily with Naijauto.com 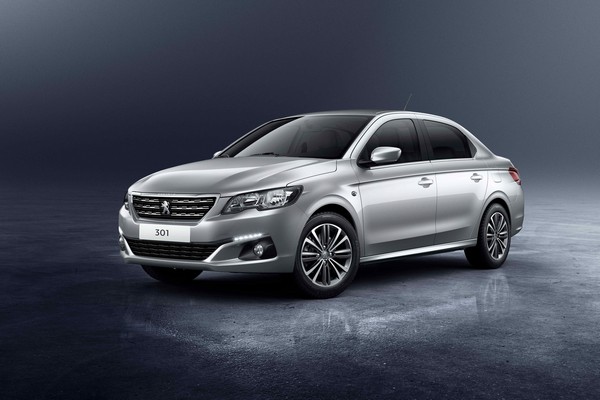 The Peugeot 301 is equipped with the greatest improvement in engine technology from the French carmaker who always take lead in automotive technologies. It became the winner for the international engine of the year award for 3 consecutive years - 2015, 2016 and 2017. Its a 1.2L pure tech engines can run with the performance and power of a 1.6L unit but it can offer smaller fuel efficiency. This helps improve the acceleration, lower CO2 emissions and cut fuel consumption.

Through the whole, the Peugeot 301 is made to be a car with an impressive durability.

Being a Peugeot model, the 301 boasts highly fuel-efficient mills, which attracts quite a number of Nigerian car buyers. 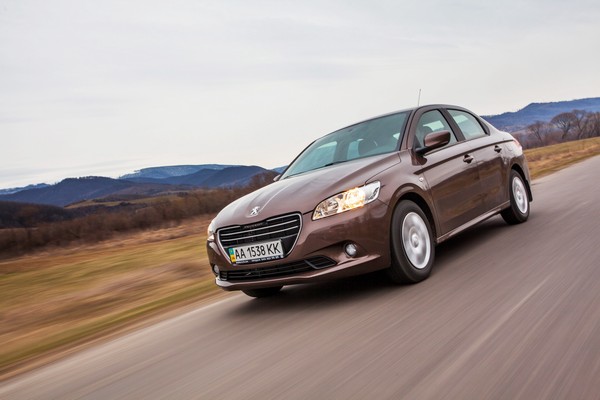 Being a Peugeot model, the 301 boasts highly fuel-efficient mills

The Peugeot 301 price is still evaluated to be a bit high since the car is still prevalent on the automotive market. So, you should consider your financial situation before making the final deal for the Peugeot 301.

Hopefully, our article about the Peugeot 307 and Peugeot 301 prices in Nigeria will be informative for all car buyers and car owners in our shores. We at Naijauto.com believe that now you are better equipped in the quest of finding the right car for you.