Honda CR-V prices in Nigeria - which model year should you go for? (Update in 2020)

For those who have been longing for a trusted price list of Honda CR-V in Nigeria, this article will give you much more than you need. Which model year is the best? Find your answers inside!

Honda CR-V utilized the same platform with Honda Civic but was built as a compact crossover SUV. It falls into the category of mid-range sport utility vehicles, placed between the Honda HR-V and Honda Pilot.

The CR-V had been produced in 1995 but it’s not until 2 years later that this car was rolled out in North American market. Since its first days, CR-V has been designed as front engine and front-wheel-drive or all-wheel-drive layouts.

By degrees, Honda is spreading the manufacture of CR-V for global markets. Factories are set up worldwide, from Mexico to China where Dongfeng Motor Corporation had joined in as well.

Just like when buying any model else, Honda CR-V price in Nigeria is the information of top interest to Nigerian buyers. Let's take a look at the list of Honda CR-V we have compiled from trusted dealerships and individual sellers across the country below.

Good news is Honda Nigeria does distribute Honda CR-V in dealerships nationwide. Prices of CR-V in Nigeria are not very expensive.

However, you can hardly find a brand-new CR-V model year 2015 backwards, so if you’re interested in a second-gen CR-V for example, looking for a used Honda CR-V cars for sale is the only choice.

>>> You can buy an affordable tokunbo Honda CR-V from Cotonou if you learn this Cotonou cars buying guide: buying steps & price

4. How much is a locally used Honda CR-V in Nigeria?

5. Which Honda CR-V model year should you opt for?

Honda CR-V has been around for 20 years with numerous changes through 5 generations. Products of each phase, albeit following certain similar designs, boast different features focusing on distinctive demands of temporary societies. That’s why to decide which model year best suits your needs, it’s essential we look through some highlights of all generations.

CR-V is often compared to Mazda 5

CR-V was the first in-house designed SUV from this car manufacturer of Japan. In its home market, this automobile was considered luxury vehicle due to its exterior dimensions surpassing Japanese Government regulations.

The first-gen CR-V employed 2.0L straight-four B20B engine (later on B20Z) mated to both 5-speed manual and 4-speed automatic transmission to produce 126 hp at max. The outer dimension of this engine is similar to Integra’s 1.8L mill.

Safety level of first-gen CR-V is not highly rated by Insurance Institute for Highway Safety as the dummy’s left leg had been broken during the test.

The second-gen CR-V was developed into even bigger and heavier frame, staying in line with seventh generation Honda Civic. It was powered by the K24A1 engine and reached 160 hp at top speed.

Fuel economy rating stayed the same as previous models at 10L/100 km city and 8.4L/100 km highway thanks to the installation of i-VTEC system.

Also, the 2005 facelift featured positive modifications in both styling and safety content. New taillights and headlights were equipped with clear indicators. Either low or high beams received separate H1 bulbs. CR-V in the US and Canada adopted many safety features like anti-lock brakes, electronic brake force distribution, vehicle stability control, traction control and side airbags. Meanwhile, other markets may lack one or some features above.

The third generation was released in 2007 with major changes in exterior design. The side-opening rear door was replaced by a rear liftgate while the spare tire was removed.

The year 2007 marked the turning point in CR-V design

To produce maximum 166 hp, CR-V for American market employed K-series 2.4L inline-four engine mated to 5-speed automatic and manual gearbox as in previous models. At the same time, a 2.2L i-CTDI diesel engine was offered for Europe and Asia-spec products.

Not many changes in appearance, we must say, but the 2.4L i-VTEC inline-four engine could then produce up to 185 hp and 220 Nm at max along with all-new Real-Time AWD and intelligent control system.

Especially, the 2015 facelift introduced the direct injected “Earth Dream” and CVT (continuously variable transmission) powertrain option. This was actually released on Accord before and showed great improvement in EPA statistics.

The fifth-gen Honda CR-V has just premiered in 2016 using the same compact platform as 10th-generation Civic.

The base model stays loyal to Earth Dream 2.4L I4 engine whereas the premium trims showcase a remarkable max speed of 190hp thanks to its 1.5L turbocharged I4 engine.

Test drive on the latest CR-V

6. Honda CR-V 2008 - the model year that is especially sought-after

You’re just gone through brief summary of 5 CR-V generations, which phase would you opt for?

As for Naijauto.com, we highly recommend third-gen Honda CR-V, especially model year 2008 due to certain reasons.

First, this generation marked an obvious transformation in styling design with the addition of rear liftgate without the spare tire. Second, the model year 2008 is the revised car of initial third-gen 2007 so it collects all merits and avoid possible faults of previous version. Third, though later generations prove more efficient, the difference is minor while the price gap is rather significant.

The last point is consumers’ opinions which all show a huge affection towards Honda CR-V 2008. Believe it or not, let’s take a look at its eye catching design and performance on road in the pictures below!

2008 model features a rear liftgate without a spare tire

As an objective auto portal, our aim is to provide information from different reliable sources to readers. Please understand that the Honda CR-V prices in Nigeria, as well as our recommendation above, is just for reference based on the analysis of market trends and consumer reports.

To have a well-informed decision, please check out more Car prices with brief description of each model in Nigeria. You should also visit Cars for sale to have an overview of current auto market these days.

Year
Keyword must be between 2 and 100 characters 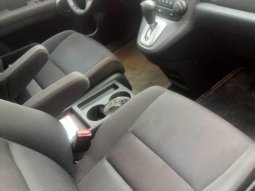 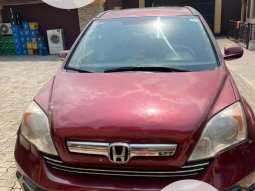 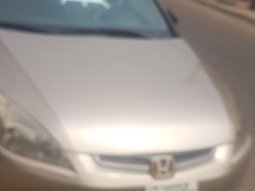 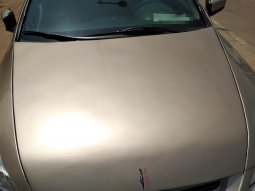 2005 Honda Accord for sale in Lagos

9 best cars for students in Nigeria