In 1976, the very first units of the Honda Accord rolled out of the Sayama Plant located in Japan. The initial design purpose of the Accord was for it to compete with other high-performance sports-oriented cars. However, a shift in objective bordering on some economic and environmental feasibility issues (tighter restriction on emission and volatile fuel prices), meant that the Accord will be presented as a rather modest and fuel-efficient car. The Honda Accord, thus, became a very famous companion to the very successful Civic model.

Today, Naijauto.com will help you have an insight into Honda Accord 2010 price in Nigeria as well as its remarkable features in each trim level. 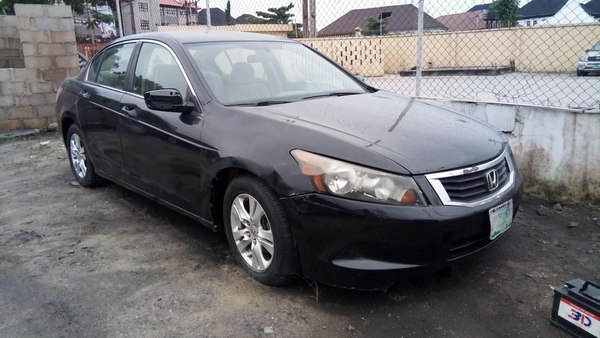 Let's see what the Accord 2010 has transformed into

Though you may not be able to find a brand new Accord 2010 for sale on the market, you can take a look at the suggested retail prices for its trims when they are released. The pricing can vary at different dealerships and often exclude delivery fees. 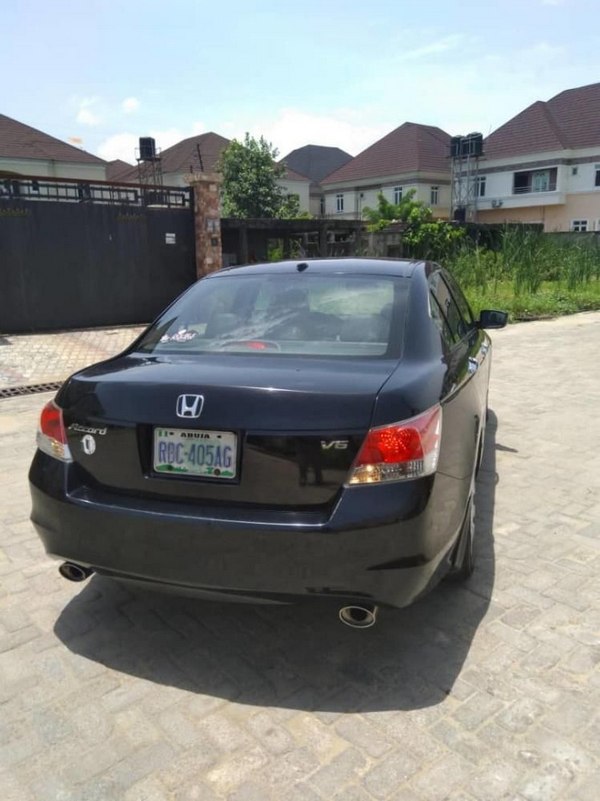 Though gaining a wider stance, the Honda Accord 2010 still looks sleeker and more rakish

When it comes to used car models, the difference between trim levels doesn't decide much on the pricing but the car condition itself. The foreign-used cars are often more expensive because their owners are believed to have good maintenance habits. The overall condition of the car is also much more reliable than their Nigerian-used counterparts.

However, prices of Tokunbo cars can change due to currency exchange rate, tax or custom clearing cost.

>>> Other Accord models you may care about:

There are general factors to consider before making that purchase. Some very important factors like Fuel economy, price, and cost of maintenance should be considered first, then you may consider secondary issues like the history of the car, mileage of the car, state of the car engine, etc. Some cars may be expensive in terms of the initial price but may have very high fuel economy and low maintenance, this will be cheaper overall in the long run. So, you should decide what sleeps well with you.

You should also consider bringing your trusted mechanic along with you to inspect the used car. Plus, make sure you don't make these mistakes that are doomed to cause a failed negotiation and avoid car scams.

Honda offered the Accord 2010 in two body styles, Coupe and Sedan, both having some really appealing look and features. Both body styles are offered in a number of different models. The Coupe comes in 3 models EX-L, LX-S, and EX models while the Sedan is offered in 4 models including the EX-L, EX, LX-P, and LX models. 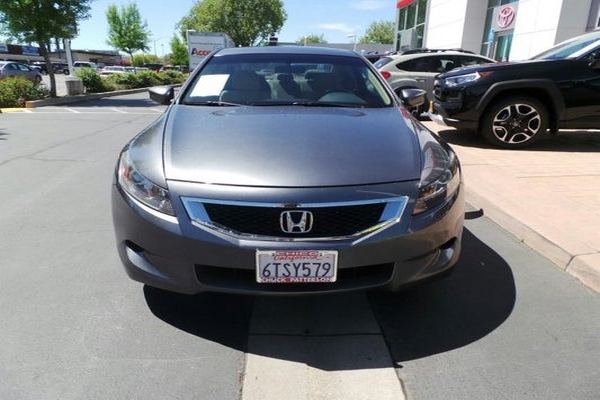 Car buyers are offered a manual or automatic ride

Features of difference Honda Accord 2010 models below! 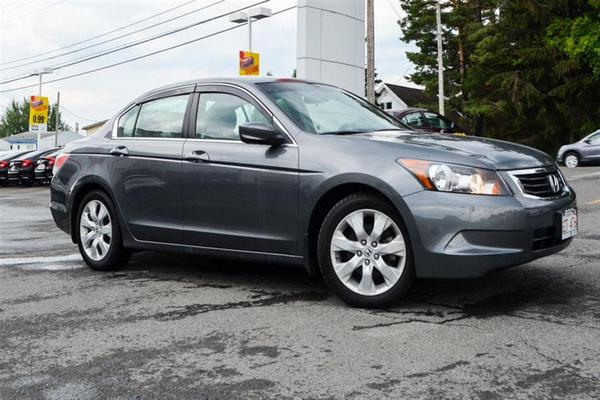 The Honda Accord 2010 comes in 2 body styles: sedan and coupe

The exterior remains mostly untouched as far as the 2009 version is concerned, the fog lighting on the lower end of the front bumpers appear a bit more deep-set while the headlamps retain its hawk-like look. 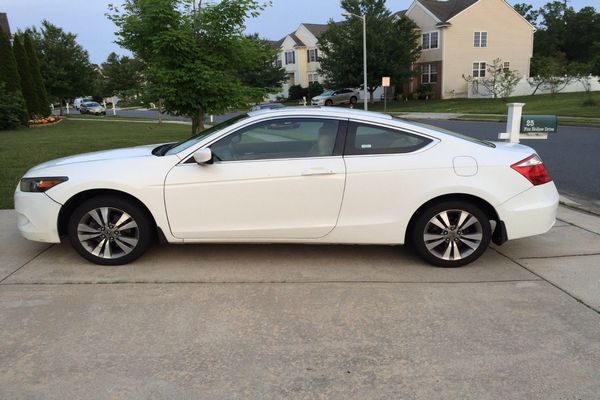 A creased line runs across the car's side 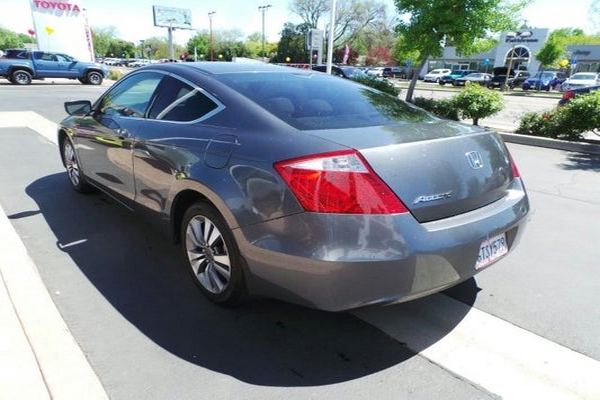 The interior design of the Honda Accord 2010 introduces the feel of simplicity and some kind of ritzy ambiance which comes with the deluxe quality surfaces, the silver plastics, and aluminum trims as well as its seamless interior finishing.

The controls and buttons are placed just right enabling easy access and simplicity. The screen wiper senses the intensity of rain falling on the windshields and will self-regulate to cater for this.

You’ll also find that for the EX-L models, the door panels, the manual gear shifters, the steering wheels, and the seats are carefully covered in leather. 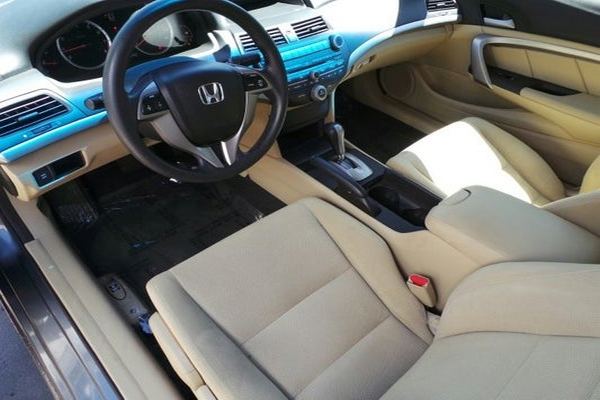 The Honda Accord 2010's interior is, though, designed to look simple, it still gets some deluxe styling 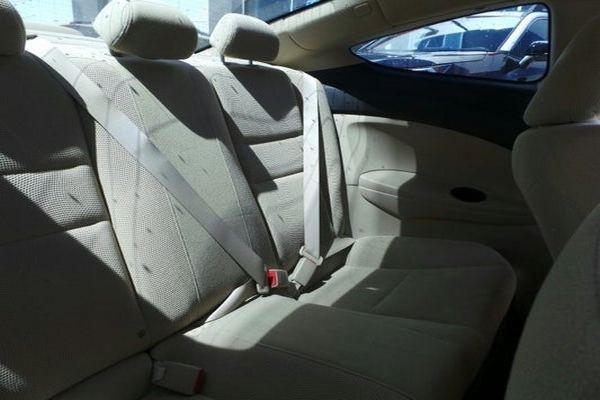 It is a bit tight for big passengers

Overall, the interior proves fine, however, the trunk space is a bit poky standing at 11.9 cubic-ft for the coupe body style and 4 cubic-ft for the sedans. Another Con is the non-adjustable nature of the lumbar support which can be very discomforting when making long hour trips. Generally speaking, the interior is commendable cool, maybe not fully posh but you’ll find it to be sufficiently comfortable and nice.

The Honda Accord 2010 with three engine variants:

The 190 hp, 2.4 Liter Inline-4 cylinder engine power all coupe trims as well as the EX trim sedans. You can choose from the two transmission options, either the 5-speed manual transmission or 5-speed automatic transmission. These both offer solid performance and fuel economy rating, offering 161 lb-ft torque. Edmunds.com reported that the V6 offers a good enough performance rating accelerating from (0-60) mph in about 7.5 seconds which is fair enough.

The car suspension system offers sufficient damping of vibrations and decent handling even when traveling at a higher speed. The manual and automatic transmission is smooth and offers a seamless gear shift that is almost unnoticed. The braking system performs creditably offering an immediate and adequate response to call into action.

The 3.5 Liter V6 engine available for use in the EX-L sedan trim utilizes the Variable Cylinder Management (VCM) technology by Honda and delivers a combined fuel economy rating of 22 mpg and 19/29 mpg (city/highway) when operating with the 6-speed automatic transmission. The fuel economy ratings are different with the Coupe using the manual transmission, where it offers the following EPA rating 17/25 (City/Highway) and Combined EPA of 20 mpg, this is partly as a result of the absence of the Variable Cylinder Management (VCM) technology in the V6 engine employed in the Coupe. 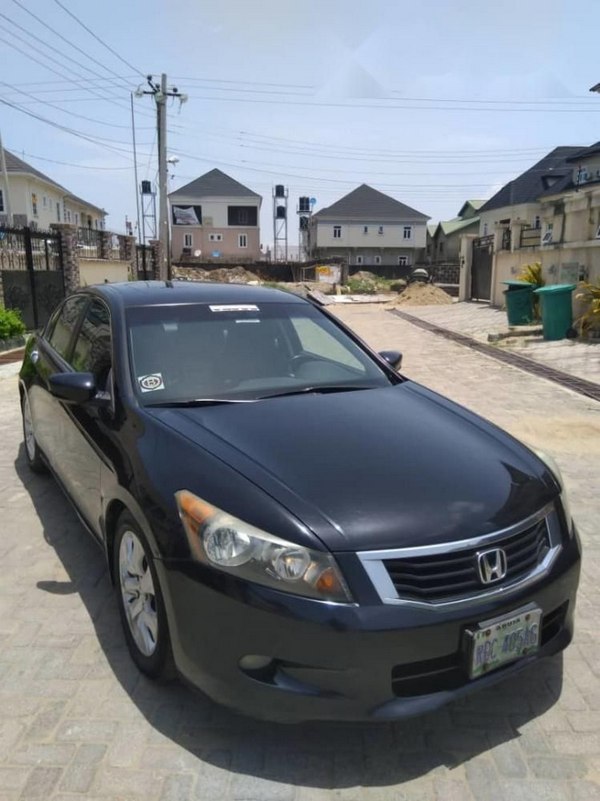 On the other hand, the In-line 4 cylinder engine using manual transmission delivers a fuel EPA rating of 22/31 mpg (city/highway) and a combined fuel economy of 25 mpg. For the 4-cylinder engines using the Automatic transmission, its EPA rating stands at 21/30 mpg (city-highway) while the combined EPA is 24 mph.

This EPA rating is persuasive enough to place the Honda Accord in the list of top 9 best cars for students in Nigeria.

The Honda Accord 2010 comes fitted with standard safety features like the Anti-lock Brakes, electronic stability control and a collection of airbags including the front and side curtain airbags. The Honda Accord 2010 also received top safety ratings from IIHS Insurance Institute of Highway Safety, picking the perfect scores across all categories.

Despite that, buying a used car, you have to commit that you've got a hold of tips on how to maintain used Honda Accord.

Video: Review of 2010 Honda Accord

The closest competition to the Honda Accord includes;

Sharing the same category with Accord, big boys from Mazda, Toyota and Nissan also compete closely with each other to affirm their status. All these 4 models are among the most popular cars in the world with outstanding merits. That's why you should refer to reliable reviews carefully to decide which one you would like to go for.

>>> You might also want to read: 5 Honda Accord competitors to consider buying instead

We often resort to the Toyota Corolla model for fuel economy but still dream about the luxury feel of the Mercs. Honda has taken these two ingredients to come up with the Accord, a car of low fuel consumption while being appealing in its design and features. For this reason, it convincingly becomes one of the best cars for students and most of the people in Nigeria.

We, at Naijauto.com, hope that this Honda Accord 2010 price in Nigeria article provides you with everything you wish to know about the car.

>>> Please stay tuned with us for more car reviews and car price articles like this.

honda accord price Honda Accord 2010 price in Nigeria