Milestone inventions in the automobile history

What's your best invention in cars? We put the spotlight on the most outstanding inventions in automobile history. Click below to check them out right away!

Many years ago, the world rolled out the drums to mark the creation of the very first automobile. Having moved around with primitive modes of transportation for centuries, it was indeed a breath of fresh air.

Decades later, the first automobile that was produced has been transformed. From two wheels to three wheels and four wheels, now, automobiles are beyond sophisticated. The onus is no longer on mobility but comfort and safety. Inventors are keen on providing the highest level of safety obtainable while people move around in various vehicles.

Beyond the need for safety, competition among automakers has been a driving force in the advancement of automobile technology as they try to outdo each other. Well, that competition has been a blessing to the public as they have been provided with topnotch inventions in their vehicles. Naijauto takes a look at crucial auto inventions that have made huge impacts in the history of automobiles.

The seatbelt is often overlooked, and not given the accolades it deserves. Casualties in a road accident can be greatly reduced if occupants of the car(s) involved had their seatbelt fastened. It helps to keep people in one position, strapped to the car seat, regardless of the force that hits the car. Without the seatbelt, occupants would be displaced, making them land on dangerous places. 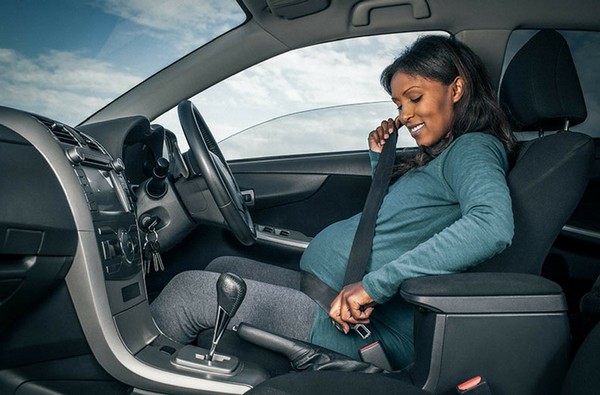 Motorists got to enjoy seatbelt in cars for the very first time in 1958, after its inspiration was gotten from aircrafts. That same year, Volvo got a seat belt for its P220 model.

Airbags are installed in cars to create a “safe landing” in the event of a crash. Ordinarily, when accidents occur, occupants of the car may hit their head forcefully on the steering wheel or other hard surfaces of the dashboard. But with an airbag, it is a different ball game. As the car is shaken up, the airbag inflates immediately, in a matter of milliseconds. Front seat occupants are protected from having direct contact with the steering wheel or dashboard.

The world saw its very first airbag in a car in 1973, and the privileged car to debut such a great invention was an Oldsmobile Toronado.

Understandably, the first airbag was not sophisticated as the ones we have today. But despite being basic, it was sold as an additional optional feature for $250, and only a limited stuck of 1,000 units was produced. For obvious reasons, it sold out. 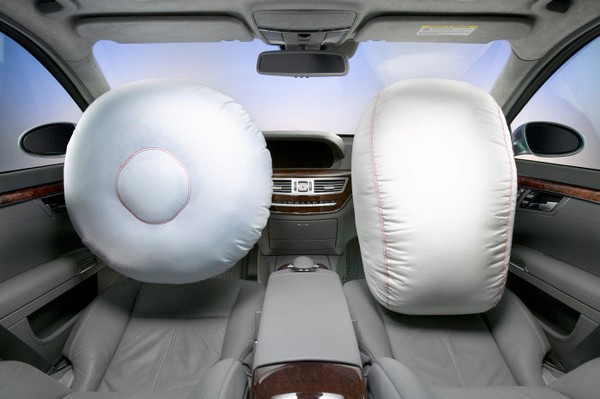 Mercedes was the automaker to produce what can be described as the first modern airbag in 1981. This was installed in the Mercedes-Benz S-Class which was new on the market at the time. Despite being better than the first one, this airbag still lacked in some areas. Over the years, the airbag has undergone various upgrades by different automakers.

Curtain and side airbags were introduced by Volvo 850 in 1994. The knee airbag made its debut just two years later in 1996.

The first inflatable seatbelt airbags were brought forth by Ford in 2009 with the Fusion. Not too long after, in 2011 precisely, an airbag for pedestrians was introduced with Volvo V40. If the car hits someone, the impact is reduced with the provision of an air curtain.

>>> More details at: History of the airbags standard in every car nowadays

The Electronic Stability Control (EBS) is the second automobile invention that has saved lives the most after the seatbelt. Interestingly, the EBS was accidentally developed.

An engineer of Mercedes-Benz, Frank Werner, lost control of his car back in Sweden in 1989. In trying to save the situation he came up with the idea of the EBS. 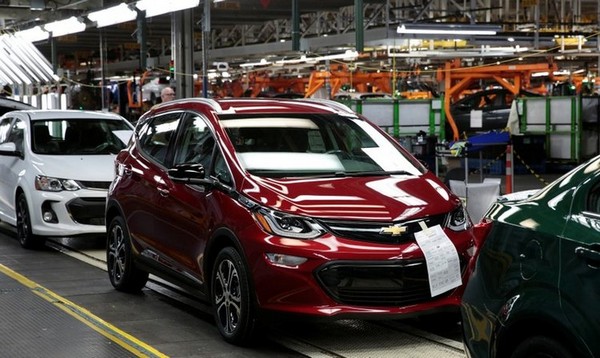 The system keeps a safe distance from other vehicles

The EBS observes the speed of car wheels, and selectively activates the brakes to avoid road crashes. In 2011, it became mandatory to have the EBS in cars being sold in the territory of the European Union.

This has to be one of the coolest car inventions ever created. Most accidents are as a result of late braking. But with this tool, the vehicle automatically applies the breaks when getting too close to an object or human in front of it.

The very first automatic emergency braking system was seen in a Volvo automobile about ten years back.

>>> These inventions can also prevent kids from getting hurt in cars! 5 ways kids do get hurt while in a car 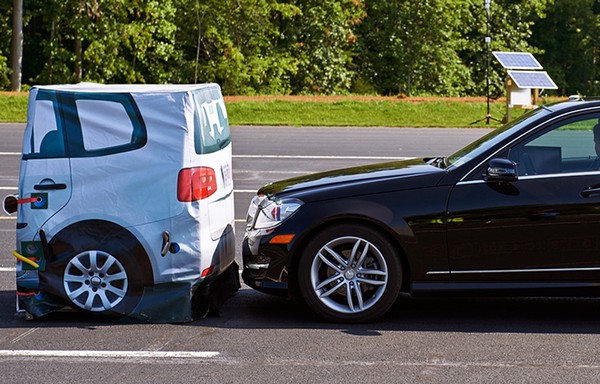 Automatic emergency braking works closely with pedestrian detection. The system makes use of sensors to detect human body signals around the car, and applies the brakes, preventing forceful contact.

Road traffic is never constant. One minute the road is free, and the next minute, there are cars everywhere. Keeping up with this change in speed can be tasking. The adaptive cruise control invention regulates car speed in line with road traffic at each point in time. 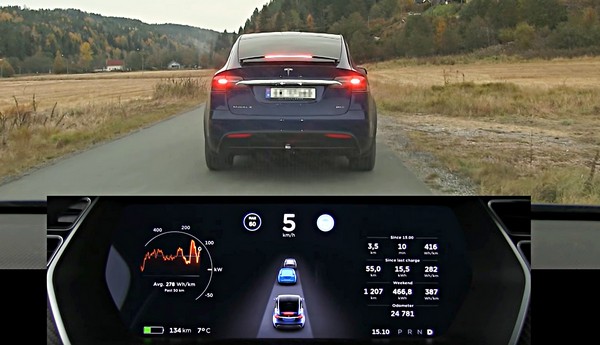 The system automatically adapts to the speed of vehicles in front

With a camera and long-range radar, it picks up signals of cars around it, and adapts to their distance accordingly. It gained popularity about 10 years ago, and has become a common feature among modern cars ever since.